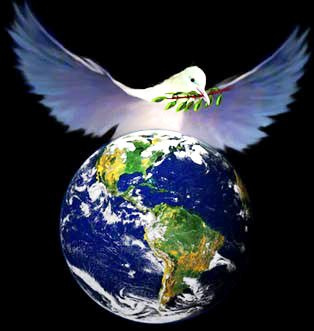 Ashtar On The Road Teleconference
January 10, 2017

“Greetings, Beloved Family!  Well, if you were not on an up-note before President Obama spoke, I shall tell you right now that the consciousness of all of those who were engaged in listening, watching, and otherwise taking in what he said, rose exponentially!

“Let’s keep it High because what happened was, it reached out all over the World and beyond – this energetic upliftment, this spiking of the consciousness – because there is a recognition of the Light that he is and of the Light – the Beings of Light – who travel with him.  And you can be rest assured that that Light is NOT going to go out,  or even dim!!!

“It matters not whether he has the title of President or Ex-President, he is a Great Leader!  And if you had not realized it before, you have had an opportunity to do so.  And I shall ask that you find his speech and send the reference – or the link* to it – to everyone you know on your e-mail list, and Facebook, and everywhere.   Let’s get it around the World even more than it was during the moments when he stood before the people and spoke from his Heart, because he spoke Truth!

“And yes, we were all there, and yes, we intensified -deliberately magnified – that energy, so that it would reach even more strongly, powerfully, and lovingly into the Hearts and minds and consciousness of all.  Now, he’s not done!  He’s just getting started.  He is a Galactic personality, however you want to view him.  He knows that, yes, there have been many, many accomplishments, many of them unknown because of the controls of the press.  And many things that he spoke of in his speech have the rest of the story hidden.

“We shall say, from the very beginning of his term as President, that yes, he was welcomed by the out-going President Bush, but it was Bush’s father who took him into a room and berated him and called him all kinds of names and threatened him, his family, his loved ones, and set the tone.  So he has done a remarkable and a magnificent job of conveying Love and Truth, despite the fact that he has been under the control of the ones who want to control everything, the ones that I call the ‘dark hats.’  And yet, with Grace and the Love of all of Humanity, and indeed all of Mother Gaia’s Kingdoms, he has managed to keep that spark, that flame of Love burning even brighter, and this shall continue!!!

“There is no need for anyone on this Planet to go into any kind of fear or anxiousness about what is unfolding.  I have stated this before, and I stand with The Mentors and all who come from the Realms of Light to assure you, most Beloved Ones, that WE HAVE EVERYTHING WELL IN HAND!!!  The dominoes are falling exactly the way they need to fall to give maximum benefits to you and all of Planet Earth – below, on and above, and from there, out through your Solar System, and indeed your Galaxy and the Universe beyond!

“Planet Earth is in the midst of changes – so many that even if you just think about one, you will find that it is all in a kind of order, even those moments that seem to be chaotic or even violent -there is a reason.  And what is that reason in one word?  It is called ‘Truth!’  And the big reality of the Truth showing itself in all areas of your lives is, DO SOMETHING ABOUT IT!!!

“We are here to partner with you.  We cannot carry you into the Golden Age.  We can assist and help and support you in infinite ways, but it is a partnership.  And we are so grateful to you for stepping up and volunteering, as it were, to be here at this time, to participate in the most sacred of partnerships!  So let your voices be heard in whatever ways you can.

“Despite some efforts to shut down the Freedom of speech on the internet, that will not happen!!!  Use it! Speak up!  And if you can do more – do so!  Be creators.  Be in charge. Come together in community and look at what is fundamental, what is most important.   We will say, it is most important to come to Peace – the Peace that is energized by Love, make no mistake of that!  We’re not talking about the peace that gives you what you want at the expense of someone else across the World.  We’re talking about the ‘Peace That Passeth All Understanding’ that is FOR EVERYONE, with an equality to it because it is all based in Love and all that Love creates!  The community of Humanity must come into that Oneness of understanding.  It is fueled by Love, it is energized by Love. This kind of Peace cannot exist where there is not Unconditional Love and a willingness to come together!!!

“So we shall leave it with you, Beloved Brothers and Sisters, Ashtar Commanders, Ambassadors of Peace, Ambassadors of Healing, Ambassadors and Teachers, and all of you Divine Ones who are so appreciated for having the Courage, the Vision and, most of all, the Love to come into the human bodies that you occupy.  Remember we are with you all the time!  And reach out to us with your ideas and your visions.  We are here to support you; we are here to uplift you; and most of all, we are here to love you!  Together, Peace is not only possible, it is absolutely mandatory and it is the direction that Planet Earth is moving in and will reach!!!  And on that you have my Word – and so it is. Salut!”

*Link to President Obama’s Farewell Address:
httpss://www.whitehouse.gov/farewell
https://www.ashtarontheroad.com/ashtar-moving-to-peace-together.html
Transcription by Marta.
Given through Susan Leland, January 10, 2017. www.AshtarontheRoad.com
© Ashtar On The Road Publications 2004-2017. All rights reserved; however, this is a gift to all of us and it may be distributed freely on condition that all accreditation is acknowledged and that no part is altered or delete