The Arcturian civilization plays a key role with the Ascension of Mankind on Earth. We primarily post messages from Suzanne Lie and Marilyn Raffaele, who both have a long standing connection with the Arcturians. 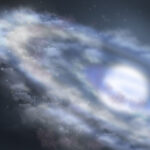 OCTOBER 23,2016 Dear ones, we see many still experiencing confusion with regard to world conditions.  Know that what you are witnessing in these turbulent times is the emerging of old energies long suppressed and hidden in need…
Read more

SEPTEMBER 25, 2016   We speak to you in joy for many changes are coming to your world.  New events are soon to occur, but try not to anticipate them with third dimensional thinking and solutions.   Change often unfolds…
Read more

SEPTEMBER 11, 2016 Greetings dear ones on this day that commemorates an event so many still remember and mourn.  Know that nothing happens for naught and that those whose physical bodies perished, chose pre-birth to be a part of some…
Read more

Dear ones, we observe the confusion and emotions causing many of you to think you have somehow lost your way. The spiritual journey has changed from the way you have known it in…
Read more

JULY 10,2016     Greetings with love from the Arcturian Group.   We come with messages of hope and deeper understanding for you in these times of violence and suffering for so many. Powerful high dimensional energies of ascension…
Read more

Marilyn Raffaele ~ The Arcturian Group ~ JUNE 26,2016 ​ www.onenessofall.com ​ Dear ones, we come with love, respect, and an understanding for you who are experiencing so much at this time. We would like to remind you that the world…
Read more

The Arcturians: Soul Fragmentation Posted on June 21, 2016by NewSunUnity Greetings in the light of the Infinite Creator. We are the Arcturians. The channel has asked us to speak on a subject that is rather complex and misunderstood by most on Earth. We…
Read more

Welcome dear ones.   As the new world emerges  you are beginning to see the beliefs and concepts of past generations fade away regardless of attempts to hold them in place by those who find their security in them….
Read more