David Wilcox has great knowledge, some of it is received via dreams. 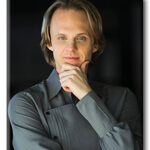 Over three hours of stunning new information about the Secret Space Program and the greater questions of spontaneous human evolution that are being raised for those “in the know!” Everything is reaching a climax, both on and off-planet. The recent…
Read more