Conversation with the Soul of Hegel via Li in China, April 27th, 2018 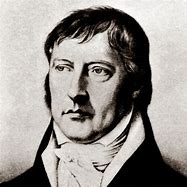 Conversation with the Soul of Hegel

Li Nice to meet you, Mr. Hegel. I am a spiritualist on earth. And I am really honored to connect with you today. Humans have been studying your philosophical ideas all the time, though you have returned to the universe now.

I would appreciate it if you can talk more about your great work on earth and your current thoughts about the universe. We humans need it now.

Hegel: The time you were about to connect with me I’ve received your conscious wave. So I was keeping urging you by sending consciousness back. I want to talk to humans because I know you humans need it. The earth needs the voice of the universe.

My child of the universe, I am so happy that you human beings still remember me. I know you were in suffering all the time. I saw it. I felt it. I knew it.

Earth is a typical planet in low-level spaces. That brings the topic of beings on earth-human beings. Human beings concern my heart all the time for you guys really know nothing about consciousness or the universe.

What is consciousness then? Consciousness is a kind of energy, precisely, a powerful energy delivered by the soul of the universe. Conscious energy exists as core support for all souls. It is a basic direction and an element for all beings. Conscious energy constitutes fundamental structure of all beings by working as core support to souls. Consciousness varies in different spaces. Higher consciousness constitutes higher space. Universal high consciousness generated from undistinguished LOVE, great sense of responsibility, and great piousness. Conscious level determines life level. Beings in light form are the highest in the universe, which have nothing but fundamental basic consciousness- UNIVERSAL LOVE, UNIVERSAL RENPONSIBILITY, UNIVERSAL PIOUS. UNIVERSAL means something of the universe, means selfless. That’s the wisdom of your language. While there is no need to answer anything in language for beings in middle or senior spaces since they all communicate by consciousness, humans still need explanation in words. I guess that’s the answer to the question Does God speak English or Chinese? God speak in consciousness, son.

All beings conscious data is controlled and monitored by conscious system, which works as universal brain that delivers high-level conscious energy for all beings.

Hegel: Aha! Actually that’s why I came to earth in the first place. The conscious energy level on earth was far below the average of low-level spaces – Where they still make no conscious improvements, such low energy beings will be eliminated by the universe soon. My physical body on earth, which is known as Hagel, had devoted his whole life to connecting humans with universal consciousness. Many workers from our conscious system came to earth to convey universal high frequency conscious energy at the same time. The main duty of my physical body was to spread high frequency philosophies that centered in how human consciousness is generated and it’s effect on material reality.

But human don’t know what consciousness is. All the work I left on earth seems so obscure to them.  This kind of spreading way takes time and is yet ineffective.  Hundreds of years passed, I didn’t see any improvement of human consciousness?  On the contrary, human consciousness became increasingly low and most of the new generated are negative, which violate the rule of universe. These thought waves came from evil energies. Waves that are totally opposite to the universal rule blocked message from the universe.

But in the beginning, this very excessive high and powerful consciousness couldn’t be presented as consciousness or message in low-level spaces but as pure energy. . Only after a period of time, will these high conscious energies change into acceptable consciousness into diverse living beings.

Human know little about consciousness. They are still wandering in human thoughts and they are lost in this wandering. You can imagine how lagging they are. Human thoughts are combination of total carnal physiological functions and energies that were left during universal development. So you can understand why thoughts are things from past. Because the fact that time is something left over in the universe affects thoughts.

Humans need consciousness instead of thoughts. As high frequency energy, consciousness is totally different from thoughts. Only if humans forsake their inborn low-level desire and abandon the idea of self, can their thoughts develop into consciousness. Under this circumstance consciousness will attract much more higher conscious energy into human body. That’s how the universe blesses humans, by giving humans the most precious gift in the universe-UNIVERSAL LOVE, UNIVERSAL RESPONSIBILITY, UNIVERSAL PIOUS. You cannot love and give everything out when you are powerful. You are powerful when you love and give everything out.

The moment human abandons their self, they become into Buddha. This is not a difficult thing. The death of self (self develops into selfish in human thoughts) means the birth of universe. And there is no self in the universe, because selfish is not universal, like I mentioned above. Universe means consciousness, not thought .The concept of thought couldn’t live in the universe, only consciousness can. As long as they forsake their selfish, thoughts will disappear. And when thoughts disappear, they come into conscious world, thus the true universe. Buddha is only one kind of life in the universe.

Hegel: Human does have soul that’s why the universe keeps helping earth. Soul is a kind of spiritual life more advanced than physical body. Soul develops with physical body on earth, which is a better way to save time and optimize results.

Human’s soul is an entity of consciousness, not thought. When physical body fuses with their soul, humans acquire the channel to connect with consciousness. Thus channeling is the way to get into consciousness. This fusion is also a channel between body and soul that through which one can absorb high conscious energy along with other kinds of energies of the universe. Conscious quality determines the fate of the soul. It is a complete evolution of both soul and physical body.

So human beings should keep in mind to abandon low-level thoughts of physical body, fusing with your soul and open the channel to connect universal consciousness. When you are blessed by high conscious energy of the universe, your thoughts turn to consciousness. But the best way to stay conscious is still to abandon selfish, thus forsake the idea of YOUR SELF. Otherwise you humans remain in the state of animals and struggle in thought system. In that case, human will only vanish along with SELF-world.

The universe has developed into a phase where only high conscious life exists. Life of low thoughts will be eliminated. I’ve put it in easy words in easy way. I want you human to really understand what the universe what you to know.

Li: Thank you so much for your great instruction, Mr. Hegel. The so-called wisdom in human world may actually be unflattering in the universe. May humans become into conscious entity soon! God blesses the earth.