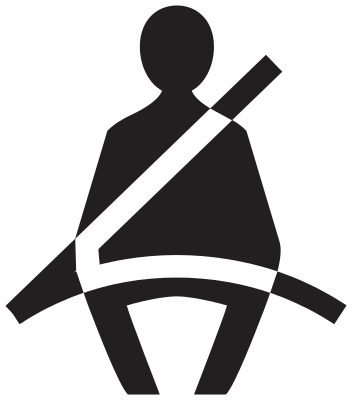 “A wealth of information creates a poverty of attention.” ― Herbert A. Simon

​Aloha Chosen Ones,Well, here we be, as One, Chosen and on the doorstep of participating in a once in a millennium event unknown to humanity history.  Too dramatic?  Maybe not.

You have patiently and impatiently knocked on the door of fate until it now finally open wides tomorrow.  Never to be shut again.

Turns out everything we were seeing, studying, witnessing for as long as each of us has been on this currency oddest, boiled down to Friday’s November 4, 2016 announcement of the 2015 Paris Agreement on Climate Change (aka GESARA) being put into force by the UN, publicly and globally.

Let me summarize as this relates to the RV: No GESARA = No RV.  Yes GESARA = Yes RV.  So simple its painful.  We could have saved so much time and energy if we had known… oh well, live and learn right?  Right.

In concert with today’s official GESARA announcement, we’re hearing that the IMF’s Christine LeGarde will be announcing the global currency revaluation on you guessed it… November 4, 2016.  As well as the PROC announcing in Beijing the Chinese Yuan will now be valued against a gold benchmark per the daily spot price set at the Shanghai Gold Exchange (SGE).

Also on November 4, 2016, we’re hearing President Obama will cancel elections after some incredibly damning evidence comes out against Hillary and Bill Clinton.  Like straw breaking the camels back kind of dirt, either from Wikileaks or the Huma life insurance file.

Get the picture?  So much juicy news, so freaking fast, so damn big, so incredibly intense… nobody will know where to focus their attention and their human brains will go into shut down mode.  Such a massive media dump all at once, across all sectors of life will serve as a beautiful natural distraction flash bang diverting attention away from currency holders redeeming bazillions of dollars.

Ironically, all the information will be true, so much so, any one breaking news story will be worthy of all your attention… as a result, nobody will put the puzzle pieces together because such announcements will be made all over the world by many different world figures.  Seriously, it’s hard enough deciding what to put on your plate at one buffet table, let alone five to seven tables, all within the same basic time frame.  Well played NPTB.  Genius strategy.

As for the Bill and Hillary circus, know they are just sacrificial cabal lambs for the dark nobility’s real identity in Eastern Europe.  Everyone likes to blame the Clinton’s for this and that, but their just political puppets.  Hillary’s dead using a body double, and Bill is a managed clone.

Maybe a few of the Bushes and Rockefeller’s get daggers thrown their way as collateral damage, but when the true former masters of this country were broken by Chinese, Russians, BRICS nations, they agreed to serve up their most well known cabal political agents long before the 2015 Presidential election ever even began.  That is the definition of Bill and Hillary.

Now we are witnessing their unabashed public slaughter is full for all to see–this was always the plan–as every hero needs a villain of great strength to show their metal in times of duress.  How  else can the Republic leadership rise up to meet the change of a shadow government corruption scandal and retake America by reconstituting the Constitution.

Get it?  Everything has long been scripted out for years, decades, well in advanced… and we’re just now getting to see the NPTB’s grand plan implemented.  Sobeit.

Trump too was put in place to shout Republic rhetoric from the rooftops via his larger than life reality star megaphone personality.   Post election, he’ll be rich beyond measure not due to construction, but converted currency.  Which will allow him to build shinny new buildings all over the US, China and Russia.  Smart strategy if  you ask me.  He extends the domestic Trump brand internationally, while also positioning his adult children as formidable “Trump” brand heirs to a worldwide audience for free per a presidential campaign.

Again, another genius strategy.  Very well played Donald.  But you’re still a pig of human being as class and character can never be bought–only earned through discipline and self-respect.

Paul Ryan (R) and Bernie Sanders (D) wait in the wings to have an abbreviated run off.  We’ve even heard General Joseph Dunford has retired and may also run for office, either as a VP candidate, or present himself as a possible Presidential candidate, only to eventually join the Ryan ticket late in the shortened election cycle–to make their pair look organic.

But again, nothing in the transition of our government is organic or spontaneous.  Everything has been planned in the last detail by the NPTB, years before we are now seeing it as occurring.   Absolutely nothing is by chance in US politics, remember that when  you’re watching the news.

As for the RV, we’re going any hour, everyday, all day now.  It’s a perpetual 24/7/365 babysitting job with real teeth now that the Paris Agreement was announced publicly.  That’s a major, major deal.

Bruce was told he would not be having a second Big Call this week by multiple banking sources, and has for several days now.  Yet he’s having one tonight it looks like.  Frustrating for him I bet, but know he’s always acted in your best interests.

Republic HDQ in Atlanta has all of the Admiral’s client’s emails tee’d up and ready to hit send.  They will then go to link and download new compliance documentation, to then send back and have a paymaster authorized first a 5M wire, then the remainder of pre-contracted fund totals–all within 30 days of the start of the GCR/RV which is November 4, 2016.

We know that Iraq’s CBI Governor Dr. Shabibi is not only at the White House yesterday and today, but he’s there to oversee a 30T wire from the Republic for war reparations.  Remember when Iran got their sanctions reparations in cash, flown to Tehran on a military jet?   Well, same thing.   Both are part of the new GESARA compliance of all sovereign nations being in good standing with all other sovereign nations.

Turns out, GESARA has many compliance tentacles, see link: https://inteldinarchronicles.blogspot.com/2016/11/20-answers-gesara-update-thursday.html.  So it’s wise to study them, and know what’s coming down the road as not to get overly upset when you see things on the news.

One thing this GESARA post excludes is extra terrestrial or “alien” disclosure here on planet earth.  Some will cheer this news, others will dismiss it as absurd, but either way, it’s coming and coming quickly… so you had better buckle up… because once the GESARA information begins hitting the airwaves, it will not stop in your lifetime.

Best to pre-order your tin hat now and join the Real Truth family.  You’ll gain a whole new appreciation for the leadership of Dr. WC and Fisher, that I can promise you.