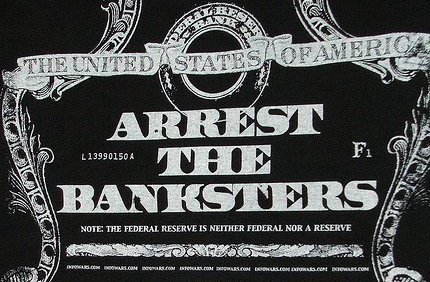 This just in via email from anonymous source.

The SWIFT system will not be able to exchange gold-backed Yuan for any other currency in the SWIFT system; it will only be convertible on the new Chinese payment system. That is why the chairperson of the Federal Reserve in the USA, Janet Yellen, met with Barack Obama this week. You might think that they meet regularly, but the chairperson of the Federal Reserve only meets with the president on issues on national security.

This development which has been several years in the making, and which is now coming to pass, has many implications for everyone on this planet, but especially the people of the United States of America. This new gold-backed currency is likely to be a far more attractive currency exchange and payment system option, as there is an underlying asset backing the currency, whereas the US Dollar is based on debt owed to the banks that is highly leveraged, with little real asset backing.

Already there are 188 countries that have agreed to use the new Chinese electronic payment system that comes online on Tuesday. What this means is that the fiat US Dollar will be replaced as the world’s reserve currency by the gold-backed Yuan. Further, what this means is that countries that have “bought” and held US dollars to facilitate trade will repatriate their US dollars back to the Federal Reserve and demand exchange for their own currencies.

This will hold dire consequences for the Federal Reserve because they don’t hold sufficient reserves to repay all these countries, and the value of the US Dollar will come crashing down. Printing more US Dollars will not assist the US in a US economic recovery, as they did in 2008. This act by the Chinese may be viewed by the USA as an “act of aggression and war” so the US is considering its options in this regard.

Its only real options are a nuclear war with the Chinese, or to accept an “olive branch” from the Chinese to accept the situation and accept the offer from China to back a new treasury issued US Dollar with gold. If the US opts for option 1, it would place the entire US population at grave risk, as well as its allies, and the entire world.

If it opts for option 2 it would mean the end of the Federal Reserve System and the old US Dollar.

If option 2 is accepted, then there will be an evaluation and revaluation (RV) of the world’s currency system. This will require a shutdown of all banks for a few days, or even weeks.

It would also usher in the release of the wealth in the Collateral Accounts, and the World Trust accounts, which will mean a basic income for every man woman and child on the planet, and a forgiveness of all debt (a debt jubilee).

I thought I should explain this, although it might seem a little complicated to understand, for it is best you to know and do not panic. It is transpiring (“trance spriraling”) soon.

I heard Wells Fargo is now owned by the Elders / Dragons who are backing the banks with real gold that they have…after all…they got more gold than anybody else on earth.
I also heard Chase is the same deal…and that in the end they will have control over them all. In other words…your $$$ will now be safe there. (like a bank should be)

I heard WF went Basel 3 a good while back and I believe it was the 1st bank the good guys were able to buy out. (the bad CEOs went to jail)

They say these delays we are experiencing now are due to the further arrests of the bad bankers. This RV is a sting operation as the greedy bad guys are first in line to cash in…but instead get handcuffs. Greed will get you every time.

So they want all the sticky fingers removed from the banks so your $$$ will be safe and once they clear the way…the PPs will flow…RV & GCR…and more.

All the new system is tied in together with banks becoming Basel 3 compliant (going to Basel 4 soon which is even tighter regulations to keep the banks honest / safe) then you got the BRICS alliance (Brazil / Russia / India / China / South Africa) (more nations have joined Germany & France and eventually they all will) who will basically replace the IMF to move the world funds around. The AIIB (Asian Infrastructure Investment Bank) will replace the world banks (now owned by the cabal families) and to replace the SWIFT international wire transfer system (owned by the cabal) with the new CIPS (Cross-Border Inter-Bank Payment System) which is working now along side the old SWIFT system and soon to be weaned off. BTW…they did not like this new idea but were forced to comply or else by the new powers to be.

Get ready to prosper soon. This will be an interesting week in history. Nothing to fear…so enjoy the show folks. Mr.Ed 🙂

(The following intel is correct and true IMO)