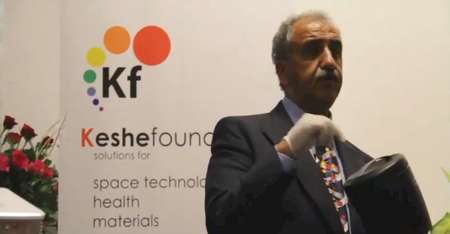 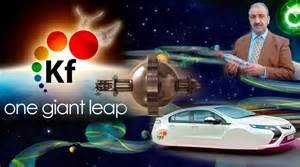 I haven’t done an update for some time despite the fact that Richard Presser sends weekly emails now to customers. Richard is in Rome at the moment at the Keshe Conference getting first-hand updates for us on these exciting technologies.

Yes, there are other similar products on the market, I’m told, but Richard is a trusted friend and I KNOW that what he tells me is true, and that is the only reason I share his information and where to obtain these products. My intention is not to share the list of places where folks can find similar ones. I will only share my personal experiences with people I know and trust. I have worked with Richard in various capacities over many years and vouch for his authenticity.

Richard and I want to ensure that everything is out in the open, that there is no misrepresentation about what the Keshe products do or don’t do, and that the production delays are tracked and progress shared.

You won’t hear any effusive claims that the GANS water or anything else unequivocally cure anything, but you will hear honest testimonials from Richard’s customers who remain in contact with him—and now Richard’s own contribution as he tests out the products.

Richard has a PhD in mechanical engineering and is also an energy healer, so I see him as the perfect guy to bring the two together with the Keshe technologies. He has hopes that the Arizona factory will soon make acquiring products easier in the US.

We heard just recently in the news that age-reversal technologies, free energy, and space travel are in our nearer future, so perhaps the Keshe products are not the targets for skepticism they may have been just a few months ago.

Despite the vicious lies about Keshe and his work, the products DO work for SOME people. Many people. Naturally, since Keshe outed the Ninth Circle pedophiles in Europe he has been a target of much slander and disinformation.

The products definitely work for some. There are no guarantees, however, as this plasma technology has consciousness, and we Humans have been messed with, big time.

Our belief systems can prevent healing while using products that seemed miraculous for others. For some, the GANS water knows exactly what to do to heal our unique bodies.

The truth is, our bodies were created in perfection and know how to maintain perfection with very little help if nothing stands in the way. The controllers sought to render us sick and miserable, ensnared in the health careless system to make them wealthy. The Keshe technologies appear to neutralize the negative effects we experienced and help us to heal and return to the ideal state, pre-aging and damage.

I am still eagerly awaiting my Water Alkalyzer/Energiser pitcher and anticipate interesting results, but since I’m a healthy person with no major concerns, I may not have overly exciting experiences to share but we’ll see. I’m prepared to be wowed and I’m hoping my mother will have exciting news. I ordered one each for she and her sister.

Thank you, Richard, for your exhaustive efforts to bring us the Keshe technologies and keep us in the loop. Safe travels.

So, the preamble complete, here are Richard’s updates from a few weeks ago. A Keshe video about public product trials follows, and Richard’s excellent alt-news blog is here where he routinely covers stories that most others do not.  ~ BP 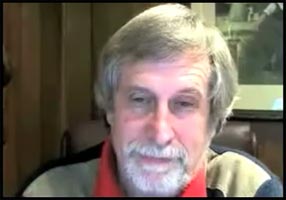 As I have said, the Keshe Foundation has bought out its partners in the Italian factory and are currently moving it to a new location. I received the following update on this today:

The Italy factory relocating is still not complete.  I have not been given an estimated time for when it will open, but I am being told it will not be much longer.

So, I’m not sure how much longer “not much longer” will be, but we will know soon enough.

The delivery problems we have been experiencing are rooted in the ineffectiveness of the Keshe Foundation partners in the Italian factory, so whilst the delay in delivery is painful, the changes are a critical step forward.

There is a Keshe Foundation conference in the last week of March in Rome and I decided last week to attend. Hopefully deliveries from the newly reworked Italian factory will be underway by then but I should come away with a better understanding of the issues surrounding this, amongst other things. I understand that there will be exciting announcements regarding Generator technology and spacecraft prototypes by the Arizona team in Rome and it was after a conversation with the manager of the Arizona factory that I decided to attend.

I sense we are on the cusp of seeing a major breakout regarding applications of this extraordinary Keshe Foundation technology and I feel Rome will showcase some of this.

I have been getting a number of questions about the results people are experiencing from the test products based upon the GANS of CO2, so I decided to share some of these with you.

One of my first recipients of these (Michael) had suffered a significant and debilitating illness some 20 or so years ago, and in part because he had not taken care of himself promptly (his words), he was left with a malfunctioning lymph system that saw his body retaining fluid that he seemed unable to clear. Within a week or two of beginning to drink the plasma activated water, this excess fluid cleared from his body. He was amazed.

Another (Michael, also) had a skin cancer on his face. He had had several surgically removed previously and in part because he was an energy healer, he didn’t want to continue down that path. He ordered not long after I made these available to try this path and was growing concerned that the products were taking seemingly forever to reach him, and we discussed it on the phone more than once, which led to us getting to know each other a little. Within a week of beginning to spray the plasma activated water on his face, the skin cancer disappeared. His skin specialist told him there was still subcutaneous evidence of it, which I’m sure would have also disappeared with time. I was humbled by him driving 500 miles to spend a day with me when I was in the US late last year.

Peace and love be to you.

I have been taking the GANS product for my body for some time now, say 5 months, and for my eyes. I have prostate cancer. In August 2016 my PSA was at 5.2 and my doctor was giving me hormone shots plus pills to take daily.  I just visited my doctor and the PSA is down to 0.2 in just a few months. This is miraculous.

I take the GANS product once per day. The GANS product I have placed in a 1 litre plastic jar, which I shake and leave settle for 24 hours. I then drink some with a drinking straw from the top. Afterwards I add some more water, shake it again and repeat. It is very simple. I find this is very easy to do, no need for filter paper.

I also have the Pain Pad and Pain Pen. I had back pain and used the Pain Pad when I meditated. The pain was gone the next day and has not come back.

This is very good news.

In love and light.

Quite a testimonial, I think you will agree.

Some customers are reporting improvements with their eyesight, but not everyone.

I also have a friend who has been suffering from Chronic Fatigue Syndrome for over 20 years and part of his condition has been the emaciation of his muscles. Within days of drinking the plasma water from the GANS of CO2, he found his muscle bulk returning. Now, treating his overall condition has proven to require some additional steps, but he’s a work in progress and moving forward.

So, these products are not working for everyone, but are working powerfully for some. In my opinion, it may well take a blend of different GANS materials to produce the correct mixture for some conditions, as demonstrated by the plans of the Keshe Foundation to offer to cure cancer, malaria and AIDS with just the appropriate GANS water. Remarkable.

And I’m having a little fun myself. I heard Mr Keshe discussing with an African gentleman about him spraying GANS water on his hair to recover its original colour as he was greying, a practice I subsequently verified from other sources. I had a mixture of GANS materials left over from my venture into building my own Magravs on grid unit back in late 2015, made from the GANS of copper oxide, zinc oxide and CO2, and began to spray my completely grey beard and hair (you’ll know if you’ve watched any of my videos) with the plasma water from this mixture each morning. It’s early days, but I now have some brown reappearing in my beard and hair, as shown in this photograph. 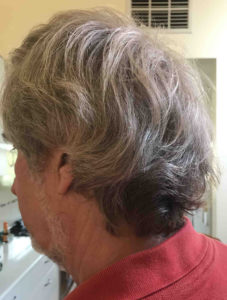 Will it completely recover its original colour? I’ve no idea but time will tell – and I’m having fun. I’m due to have my shaggy mane trimmed a little today, so it’ll be interesting to see if there’s any brown amongst the clippings, as there now is when I trim my beard, and they’ve been absent for several years.

I’m told the GANS of CO2 is enough for this.

I decided to include those of you who already have these products in case you want to try the hair rejuvenation trick for yourself.

So, if you have a health condition and you want to see if these products can help or you just want to see if you can get your original hair colour back, click on the link below to the store front that covers your area and place your order. All three products are available under the “Health Products” Tab.

And here is the link to the video I made that covers these products.

Store for US & Canada

Store for Europe and countries not listed elsewhere