There’s a door I want you to go through that leads to a place that you’ve been before. You go into this room, and there’s a person you have met before. You will humanize it. Even though it’s an energy, because for you it needs to be a person with a personality.

You’re going to meet this person, one person, who’s about to show you something spectacular.

This is an entity; this is a combination of a Star Master and Time Master. You’ve always heard of space and time. But this day, this Star Master you’ve met before will take you back in time and show you the stars. You’re going to see the cycle of the Earth represented in other times and other places in your galaxy.

Is it possible your Soul has been on other planets? If that’s true for you, and if you see it today, you remember it at some level. That’s part of an awakening, Dear Ones. Meet the Star Master, who is also a Time Master. This Star Master is going to take you somewhere far away. A galaxy, a series of planets, which today you call Orion, the star. It’s the planets around the star – and there’s more than one, just like with your particular solar system.

If you took a look at their history, you would’ve seen that there were wars between wars, and there are not now.

The Star Master is showing you something, and he’s speeding up the time to show you that this planet went into an Ascension status.

That only means that light and dark changed so much that there was much more light than dark. It represented a change in consciousness. Those on this planet grew up, and they started to understand the same physics that the Creator has – the kind of physics that allows you to travel anywhere you want to with your consciousness instead of your body.

Dear Ones, the Arcturians, had a very similar history to yours. They went through the same thing, from low consciousness to high. They had to go through these things in order to grow up – and they did.

They went to a place that’s very close to you, called the Seven Sisters, the Pleiadians. If you want to take a look at them, we had told you before that they had several habitable planets, and it was a mess, and there was horror there. They even had mass genocide.

They came from the darkest place, and they made it.

Your DNA is stuff from the stars. You were not here by accident. There was an influence that got you here, Dear Ones, and kept you here for you to go through this cycle if you chose.

We have said this before; your history will not be what you are going into anymore. It’s not going to repeat itself. You’re going into uncharted territory that no one has seen on this Planet, but your ancestors have seen it on the other stars.

Blessed are the Human Beings who see the light at the end of this tunnel you are going through right now, which would seem so dark, but it has the seeds of magnificence.

Your future is bright.

Excerpt channeled by Lee Carroll on April 6, 2022 during Healing Wednesday. 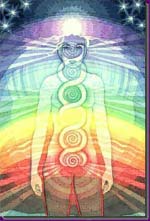