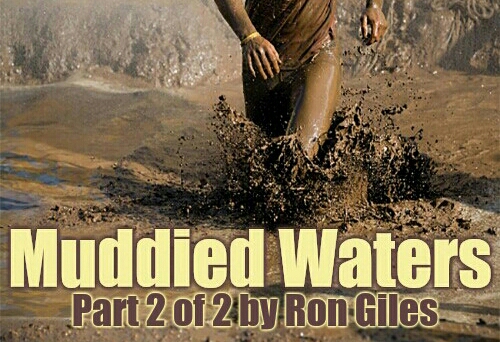 Banks may be involved in exchanges for RV currencies but only if they are contracted with the QFS as an agent or an agent bank. There are no Banks, Tier 1, Tier 2, or Tier 3, that will exchange without a direct connection to the Quantum Financial System (QFS), their access is reflected in their agency agreement. ALL Redeemed or Exchanged funds will be deposited in the QFS and never in a bank within the Central Banking System (as most chartered Banks are).

For convenience purposes, as the owner of the funds, you may want to transfer a small portion of your funds to a bank where you have a debit card for your own use. This will be your decision and not part of the Redemption/Exchange process.

So, if you hear about a bank manager, or any bank employee, or a person reporting such information about the RV, disregard as misinformation or disinformation.

All agent Banks and agency personnel are under an NDA (Non Disclosure Agreement) and have been educated about the Exchange process. They will be given NO Prior Information as to the release of the 800#. The release of the 800# will be the “GO” Information for them as well as for us. If you fear that The Alliance will allow fake 800# to be published, you are on the wrong side of that fence. You need to trust the plan. Defeating the Cabal means we will be safe in our redemption/exchange process and appointments. Period!!! If you don’t believe this, sell your currency and get out of the process. You are severely limiting your potential.

By the way (BTW), absolutely no one will exchange or redeem before the 800# is released for everybody, not even the military or military bases. Contrary reports are lies put out by liars. It has been proven over time, many times, that these people still do not have funds available even though they report they can see it in their accounts. The QFS is not active for the public, so how can they have gone through the exchange/redemption process.

Damn, I wish people would not stir up the Mud with all of this foolishness.

Tiers One, Two, and Three are not involved in any Zim redemptions. Period!!! They are the old guard and have been proven greedy and not worthy of being a part of the solutions to problems they have created.

Tier Four is the only tier that will be involved with the Zim redemption funds. Zim is not for governments, Royals or Corporations who have been part of the old scam. Zim is only for the Meek Sovereigns who will do the heavy lifting of Humanity to bring them out of poverty and the Lack Mentality.We are the only ones proven capable of doing the job.

Other entities may have Dinar, and maybe Dong etc., but the Zim is exclusively for the Meek Sovereigns of the earth. Reports to the contrary are lies put out by lying shills.

The Global Gold Treaty or the international Gold Standard Agreement (GSA) is not the same as a Gold-Backed Currency. The GSA is a precursor to the actual Gold-Backed Currency within the QFS. The Gold kept in Fort Knox has nothing to do with backing USN currency.

In the QFS, each increment of currency for every nation will have a digital gold certificate that corresponds to a piece of gold that has been identified and set aside to back that increment of currency. A pile of gold somewhere does not “back” currency nor does it establish value for the currency. That pile of gold is a commodity that can be sold, so how can it back currency over time. Nixon took us off the gold standard with the stroke of a pen, how does the gold in Fort Knox, if there is any left, back our currency after that slick maneuver? The gold standard is not the same as the gold-backed currency in the QFS. Reason it out for yourself.

If you trust those powers-that-have-been, I’ve got some great ocean view property in the Grand Canyon that I’ll let go for two dollars an acre.

All Gold-Backed Currency is a Brand-New Currency never before used. It is designed for the Global Currency Reset (GCR). The gold used to back the currency has been accumulating for hundreds of years by the Chinese Elders. It was put aside for this time in the history of the earth to support the new Quantum Financial System.

The old Cabal Central Banking System was designed to financially enslave mankind with the use of debt. The QFS will be the financial system to make us free from the Cabal. We Zim Holders/Zim Benefactors will do the heavy lifting bringing mankind out of debt slavery and into the New Earth, free to be the Sovereigns we are. We are blessed, indeed.

BTW, the Chinese Gold loaned to the Cabal Central Banking System is not the same gold used to back the world’s currencies. The Chinese knew that they may not get that gold back, so they have not touched the gold set aside to establish the gold-backing of the new Global Currency Reset (GCR) within the QFS. Only 40% of the available set-aside-gold will initially be used to gold-back the world’s currency. The rest will be held in reserve for future similar use.

The Global Currency Reset (GCR) will be an event where ALL Currencies of the world are reset to Gold-Backed Currencies within the QFS. All currencies will be on par value with all other Gold-backed currencies, regardless of the price of gold.

Be careful of reports that infer something is/has taken place: IE, many private jets have landed in Reno; ask yourself “So What? How does that mean anything about the RV?” Also, there are no “codes” held by any single person, such as Michael Catrell, that is going to determine the release of the 800#. Those who claim such exclusivity are not being honest. Kim Possible and Tank were trying to establish a similar scam but were proven frauds instead.

The Quantum Financial System has individual agents or agency Banks that comprise those who will be doing the redemptions or exchanges. Each trained agent has a private direct connection to the QFS secured by their own established Pin number and not by some fictitious code held by a wannabe-important person.

When the 800# is activated the calls begin and the appointments are made. At the appointment, the interviewer has the authority to establish accounts in the QFS and will exchange or redeem according to their training procedures.

These funds will then be deposited in the QFS. Each currency holder will be given information to establish their own direct access to the QFS and their own account(s) by secure online procedures to access their funds appropriately.

Do you really think the Alliance would put the Redemption/Exchange process in the hands of one person who has been proven untrustworthy in his dealing with Lee Wanta?

No Way in Hell.

Learn to differentiate between historical stuff that deals with Dinar: IE contract rates, groups, paymasters, codes, etc., they mean nothing concerning Zim Bonds or other currencies besides the Dinar. Paymasters are associated with Dinar groups who were organized to get paid contracted exchanged rates for their groups, thinking the group would get a better rate than an individual could negotiate.

Too late to change now but groups will never get the better-negotiated rates than an individual exchanging on their own will get. It is personal and always has been. There is no value being in a group that is locked into a Dinar exchange rate established years ago.

They don’t. Basically, any RV information that does not include info concerning the QFS and redemption centers is not talking about the Zim redemption. Watch the words they use. Words used “tell” a lot about the information. Bad info has been recently put out about the structured payout process. If you don’t believe in a structured payout for Zim funds, you are not well informed and will suffer from unmet expectations. There is much “inferred” in today’s information that is not applicable to the pure Zim Bond redemption process. If you don’t know what I am referring to, you will when it comes time for the redemption appointment.

“Muddied Waters”, be Damned. Find your own clarity in what is given, it may be well hidden.

For some of you, these Truths shared may be a difficult “pill to swallow”.

I Strongly suggest that those of you who are struggling with these past two Posts, needed to have it given to you “Straight” for the “Waters Have Been Muddied”. This is just my humble attempt to get you to SEE the New Paradigm that we are about to enter.

Personally, I am extremely excited and clear on what I expect from the redemption appointment because I am precisely clear on what I need and plan to do with the funds. this will be done in harmony with Humanity, the Alliance, the Heavens, and the NPTB. If you are prepared, you shall have no fear.

It is because I am prepared that I have no fear about the RV, the GCR, and the Restored Republic. To me, it is already a done deal. All we are awaiting are…

The RV/800#, which may be within weeks, not months. Good luck and Good Skills to all and may the Heavens be with us, as they always are.