All the debt in the world could be instantly abolished.

Humanity’s moment of awakening is very close.  So much information has been revealed by alternate sources about corruption in high places that the mainstream media is having to take note and start at least acknowledging the fact that enormous changes are occurring on the international political front as well as reporting on some of the corruption in the international corporate world.

The world is an illusory place, nevertheless, human activities within it have been the cause of much pain and suffering over the eons as small but powerful cliques have done their utmost to control and use humanity at large for their various nefarious self-centered agendas, which they have always insisted are for the greater good of humanity.  And for eons humanity has effectively been enslaved by these powerful and corrupt elites.  Now, as their secretive real intentions are being revealed by whistle blowers all across the planet, and are being reported on alternate but honest Internet news sites, their power and influence is collapsing.  The forces of corruption can only work when they are hidden from view.  As they are revealed in all their knavery their power dissolves as those who supported them flee in disarray.

The times of depravation are finished as the nightmares they spawned dissolve in the Light that so many are now shining into the darkest of places.  Every human is, at the deep and eternal center of their being, a being of Light, of Love, regardless of the mask or unreal front they present to the world by means of their human nature, their egoic nature, the personality they display to the illusory world in which they are engaged as players in an unfolding drama of separation.

That drama is just that, a drama, a spectacle of unreal events and relationships, whose sole purpose is to distract from Reality, your Oneness with our divine Creator.  In the drama it seems that a few of you are powerful independent beings attempting destroy each other as you struggle to build an impregnable power base from which to rule that illusory world.  And, as your history shows all too clearly, those power bases always collapse under the burden of betrayal and dishonesty that is intended to support them.

Love is eternal, anything that is not in total harmony and alignment with Love is illusory and cannot last.  Humanity has at last collectively realized this, and as a direct result of this realization you are, collectively, choosing to engage with Love and by so doing changing the world.  Peace to engage with your individual creative abilities and thus bring yourselves truly to life is what the vast majority want.  They are tired of being enslaved by debt with the resultant need to work for someone else in order to earn a living to support their families and pay off those debts.

All the debt in the world could be instantly abolished, and if it was only a very small minority of shamefully wealthy ones would lose out – that is lose out as understood by the present global economic system – but only by an insignificant amount.  They would remain very wealthy and would lack for nothing.  All that they would actually lose would be their status as powerful, influential, and prestigious individuals to whom all others were encouraged to kowtow.  The very aspects of their nature that they value most highly and which have always bred corruption and deceit leading consistently to conflict, war, and suffering for humanity at large.

There are now many bright, intelligent, and influential people in the world who know this, and who are using their skills to bring about worldwide debt forgiveness.  People who realize that the only halcyon way forward for humanity is through harmonious and tenderhearted cooperation.  Presently the possibility of such a major change to global economics is not widely discussed even in the alternate news media, but it will occur as part of humanity’s ongoing awakening process.

The old order, which has for eons striven to contain and restrain humanity by enslaving it in debt, is collapsing.  Its last dying efforts to hold on to power will not be successful.  Its time is past.  Signs of its imminent death are evident in the ongoing virulent international disagreements about resolving the presently overwhelming global problems apparently facing the world – of conflict, economic disparity, and poverty, and of dealing with the masses of refugees fleeing the areas where these inhumane and unacceptable living conditions prevail.

All these problems can and will be resolved because the will to do so has been collectively established.  Humanity is extremely fatigued and is no longer prepared to put up with the degrading and inhuman ways in which a small minority of arrogant bullies has been treating the good, ordinary, and hard-working citizens of Planet Earth.

The New Age has arrived, and uplifting evidence of this is appearing in many places, as Light workers and Light bearers continue to hold the intent to be loving in every moment.  When you hold this intent your individual energy fields expand enormously and the effect is felt worldwide.  You are changing the world simply by changing yourselves as you release grievances and engage with acceptance and forgiveness of one another through the Power of Love that is your eternal nature.

Your eternal nature is changeless because it is perfect, created perfect by God.  Within the illusion you have all played games of power and betrayal, and the remnants of the attitudes you embraced while playing those games are now coming up for recognition and release.  Many of you are finding this painful because you had buried aspects of yourselves that you despised deep within your subconscious, and these shadow aspects do not sit well with your loving intentions.  It can indeed be shocking to find unexpected emotions of bitterness, hatred, and resentment coming to the surface of your awareness.

The illusion is an arena of duality – good versus evil – and so it seems that you all have a good side and a bad side.  In fact, to play the game of separation, you just split yourselves into two and engaged with the self that was most appropriate for the part you were playing.  However, neither of these sides are as they appear – complete and independent – they are each essential parts of the other, and for separation and the illusion to dissolve these two parts have to be reintegrated.

What you are doing, as you keep making and holding the intent to be loving in every moment, is allowing yourselves to see and acknowledge these two sides of your nature without judgment so that they may cease fighting each other and come together in perfect harmony making you One once more.  Do not be alarmed by your feelings and emotions however strange, unsettling, or frightening they may seem.  Just let them flow through your minds as you observe them without acting on them or engaging with them.  They are unreal, although you can and have made them seem very real by identifying with them.  They are not you.  As you just watch them flow you can see this, and you will find great peace in not engaging or identifying with them.  Instead you will once more see who you truly are, an unchangeable divine being at one with Source. 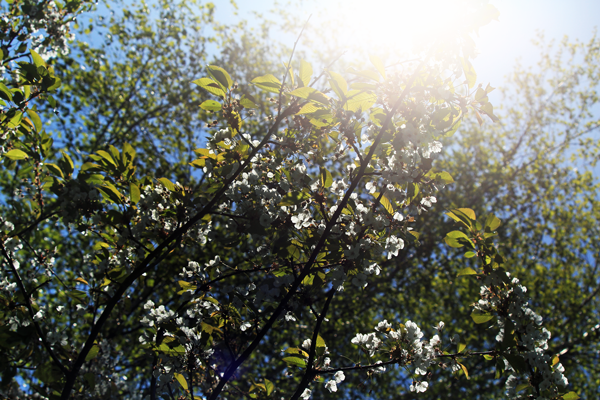