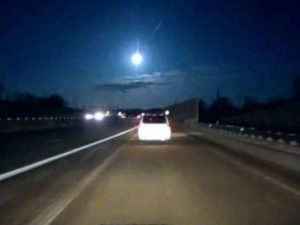 That “Meteor” and Light Beam in Michigan: There’s Much More to This Story—Jim Stone

It’s getting complicated, particularly when we consider multiple factions of the cabal are fighting each other with their secret space program tech, and our friends upstairs may sometimes be involved so it’s difficult to say who did what.

Q said to be on the alert for false flag attacks this week, and it seems this meteor was indeed a little different than a lot of others. Jim says the beam and explosion photographed were about something besides the “meteor”. Separate events.  A related YouTube video has already been removed.

There is also an update on the Hawaiian Missile Crisis below because Jim is wondering if these events are connected. He says a submarine is confirmed missing. Can you guess whose?

To get to Jim Stone’s website enter the following coordinates into your browser window:  82.221.129.208 and scroll down to the desired stories.  ~ BP

FOLKS, THERE IS SOME EFFED UP STUFF GOING ON RIGHT NOW

UPDATE: I have been all over this for the last few hours and the only explanations are obvious blatant trollage. The pictures are genuine, there are many others of this same event from different angles but these are the best ones, that prove the beam going upward is NOT lens flare, and the event was absolutely massive. There’s no freaking way any kind of a flame like this one (half mile across at least) would not be in the news unless it was classified. FINAL ANSWER.

These were also called “meteors” by the Pentagon. Folks, this is obvious “Independence day” stuff. I have confirmed the pictures are not fake. I have also confirmed other people got pictures of the same thing but they are not as clear. For the record, there was a real meteor in Michigan last night, but this is an event that is separate from that meteor. CONFIRMED: This city where the beam is coming down was visited by presidents Bush, Obama, and Clinton. That’s VERY odd, when Taylor is ranked 543rd among American cities. Something is there, and it probably just got the death ray.

UPDATE: The meteor happened in New Haven, and the photo below happened in Taylor on the same night. It is NOT the same event. UPDATE: After gathering a lot more evidence and looking over alternative explanations, I see absolutely no reason to back down on this. You simply can’t explain the light beam in the photo to the right as being anything other than what it appears to be.