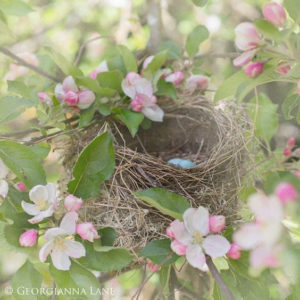 APRIL 11, 2021
​
Dear readers, we along with many from the higher dimensions, are working to assist, remind, and help the people of earth understand that something profound is taking place that far exceeds appearances and the understanding of most.
​
Fear and separation will always be present in the third dimension regardless of how many “wars against” something take place because third dimensional energy consists of the belief in two powers which will always express as duality and separation. Remember, consciousness is the substance of form because consciousness is all that exists.

Personally and globally, mind automatically draws from consciousness to form the material. Mind is matter. Over time the masters have taught that the world is illusion but this has been not been correctly understood by most. The world is not illusion, it is a perfect spiritual expression of Source. It is the false hypnotized sense of the spiritual universe that constitutes the illusion.
​
You have outgrown third dimensional living. You would not be reading or even understanding these messages if you were still fully in third dimensional consciousness. This can make being around family, friends, employers, and so called experts who are fully enmeshed in third dimensional energy, difficult. There will be times when you must “play the game” but by silently holding the truth in every situation, you bring Light to it.
​
Over the course of many, many lifetimes, everyone has experienced fear, loss, torture, and occasionally happiness. You have experienced both poverty and wealth, disease and health, killed and been killed. You were both peacemaker and war monger. You were taught that you were better and more valuable than others and acted accordingly but then returned to experience lives in which you were considered to be and treated as worthless.
​
Religions have and continue to teach that everyone is born tainted with sin until “saved” through certain three dimensional actions, words, or ceremonies.
​
Many and varied experiences constitute everyone’s journey to realization. Even the smallest life experiences expand awareness and become one’s state of consciousness. Everyone is at their own unique place along the journey toward realization so the negative experiences that you may lovingly want to remove from another, may very well be the very experiences the person needs and chose pre-birth for spiritual growth.
​
This never means ignoring suffering while shouting “It’s just illusion.” Rather it means that you do what you are intuitively guided to do, while keeping in mind that something more than what outer appearances would indicate is taking place. Always allow your intuition to guide you in these matters because for some, the experience of total failure may be an integral part of their soul plan. Always honor the free will of others even when you can easily see a better way.
​
You are prepared to move beyond old three dimensional ways of learning and no longer need experiences of pain and suffering in order to learn what you are ready to learn. However, old painful experiences of the past often form pockets of dense energy that are carried with you for long periods of time. You have paid your dues, learned, evolved, and are ready to move into spiritual empowerment if you choose, but for most it includes a period of releasing and clearing remaining pockets of old energy.
​
Spiritual empowerment brings a sense of freedom not experienced when living as a three dimensional human. It the ability to accept or reject without fear, news facts, societal beliefs of right and wrong, religious doctrine, etc. along with the hundreds of other concepts believed to be truth that have been imposed upon mankind. It is freedom from actions that arise solely from obligation, guilt, or because others consider it your “duty”.

Freedom is letting go of concepts that assign certain jobs, characteristics, and “duties” to one gender or the other. It is knowing that it is ok choose who to love or be with in partnership and to stop warring with people simply because their beliefs may be different. It is the freedom to choose your life, beliefs, and actions through the realization that you are not a powerless human who must please some old man in the sky.
​
Spiritual freedom is not license to do whatever one feels like doing at the expense of another but rather allows one to take empowered actions with love.

You have done the work and are prepared to fully embrace that there is only ONE and therefore because there is nothing else, you can only be of that ONE. No more dancing around truth, by continuing with classes, rituals, and ceremonies designed to get the attention of a God separate from you.
​
Most of you have done these things and they were an important and necessary facets of your journey. They helped you evolve to where you are now, but you no longer need the metaphysical tools. You have reached the place where you know that YOU ALREADY ARE that which you were seeking through them and until you can truly accept this, you remain in the energy of duality and separation.
​
There is much yet to come, dear ones. These are the times of tremendous change that you hoped, prayed, and longed for even though it may not seem that way or be what you were expecting. The increasing presence and integration of high resonating energy is affecting the physical, emotional, mental and spiritual bodies of all–those who understand what is going on as well as those who do not.

People are experiencing aches and pains in the physical that often come and go. For many, deep and painful emotions are surfacing seemingly from nowhere. Mentally, the whole world is beginning to examine and evaluate personal and global belief systems that no longer seem to be working.
​
Because the increasing presence of high frequency energy on earth is exposing dense energies that have lain hidden and dormant through lifetimes, some of those living fully in three dimensional energy are acting out with violence and negative actions. This is because as long buried, denied, or held in check energies surface, those of that state of consciousness can easily align with them. They are not always aware of the impact of their actions because the denser energies feel new and valid to them.
​
Most people are unable to see their guides , higher dimensional beings, or deceased friends and relatives because the higher resonating energy of the higher dimensions is invisible to most physical eyes. Some have carried the ability to see higher dimensional energy with them into this lifetime but psychic does not always mean spiritual. Be alert to what you accept as truth just because someone who has psychic gifts says it. Always trust your intuition.
​
You begin to align with the higher dimensional energies as your personal energy becomes higher and lighter through spiritual growth. Meditation becomes a living moving way of life rather than a separate part of your day and you may find yourself increasingly seeking out quiet and solitude rather than the noisy activities you once enjoyed.
​
Allow the process to unfold without personal intervention in the belief that you must personally (ego) manage and control everything in order for it to be right according to some concept of spirituality. Everyone’s journey and experiences are different. Begin to truly accept that you are a Divine Being on earth to bring in and hold the Light of transformation for a world that is mostly unaware that it is in the process of shifting to a higher dimensional energy level.
​
Be patient and trust that all is proceeding according to plan in the knowledge that things simply cannot change in a minute. The reality of Divine perfection is and has always been fully present, but the collective majority must attain a certain level of awareness before it can be understood or experienced. For the most part collective consciousness is still asleep, but each day more awaken and begin to understand that something is taking place other than what the news is reporting.
​
Most news sources believe what they are reporting because it is what they have been told to report. Become intuitively selective as to what you accept into consciousness as truth. Your ability to do this is why you were one of those chosen to be on earth at this time. Not everyone who wanted to come was allowed to come. Your strength and spiritual gifts were considerations as to who would be on earth during these times.
​
Present times are not about a virus, politics, or obsolete rules and traditions. These things are simply facets of the process of a three dimensional planet shifting to a higher dimensional one through the collective spiritual evolution of mankind.
​
Do not attempt to keep what is old and finished personally or globally alive regardless of how pleasant it may of been. Letting go of those parts of your life that are finished need not mean “taking a stand” with regard to friends and family. Rather simply allow it to be the silent secret living of your highest sense of truth as you go about the day doing seemingly ordinary things.
​
No one needs to know what is going on within you, this is between you and your Higher Self. Those receptive may feel your energy and be drawn to you seeking what it is you know or have. Strangers may start asking questions or seeking guidance from you and this is when spiritual discernment becomes very important.
​
Always serve those (strangers or friends) who come to you for advice from a level of compassion and not sympathy. Sympathy ( “Poor you, I feel your pain.”) will cause you to align with the other person’s energy whereas in compassion you remain empowered in your own energy. Alignment with energy that is denser than yours will leave you feeling drained and confused. This is especially important for those who work in fields of guidance.
​
Know that rather than life becoming easier, life may become more difficult after making the choice to embrace and live truth. This is because in choosing to evolve, you give permission for the opening of the inner doors you ignorantly built for yourself over lifetimes. These doors have acted as blocks to spiritual awareness and must be removed. Opening them allows the release of everything behind them–all that is old, finished, and in need of clearing.

Ordinary life for an already awake and aware person may fall completely apart physically, emotionally and mentally and spiritually. Often they come to a point at which they simply want to go back to where they had no knowledge of truth and where life seemed much simpler and easier. However, once the door blocking some facet of awareness a person is now ready to understand is opened, it does not close.
​
Try to remember that if struggle and failure appear seemingly out of nowhere when you thought your spiritual journey was flowing along just fine, it actually represents a graduation, a shift away from, the clearing of false beliefs now manifesting outwardly that you would not otherwise be aware of.
​
A person can never return to their old state of consciousness because Divine Consciousness is the reality, all that exists, and thus any small crack through which it can express will remain. The shadow cannot remake itself in the presence of Light.

Spiritual evolution is the journey of fully opening every door and window, removing every barrier, and lifting every self protecting shield ever created to stop pain but which in reality served only to hide self from SELF.
​
Allow the reality of who and what you are to once again shine in ITs full glory and expression.
​
We are the Arcturian Group 4/11/21