The Federation of Light via Blossom Goodchild | July 22, 2019 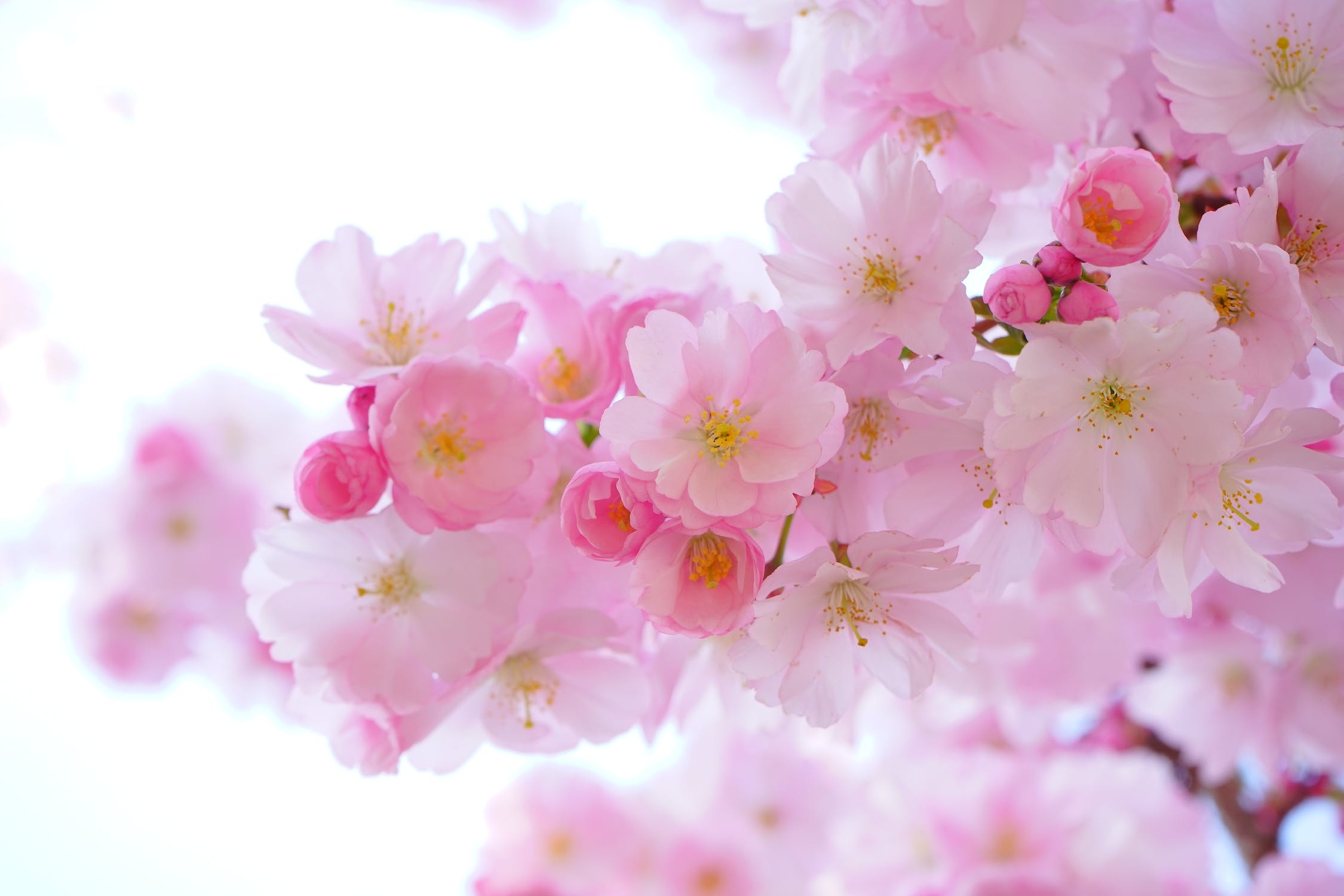 Here we are again. The week has simply flown by. Such an amazing response to your last communication. So many became very emotional and felt the TRUTH so deeply within them. Thank you. Where to from here?

Greetings to Each One and we are aware of the heightened activity within so many Beings … for their Energy of Light-Heartedness is through the roof, as you would say. We ask that you keep this Energy of KNOWING at the Highest peak possible, for this enhances and accelerates the process greatly.

Happenings are underway … there is a protocol to be met on all sides of the veil.

Can I ask that you speak more of that, please?

Imagine if you will, of the building plans for a particular machine, perhaps. So many different parts in order to make it work and yet … certain parts can only be put in place when the building of that machine is up to the place where a part can be slotted in. Bit by bit, the pieces are added and those that fall in, in the final stages, have been waiting so very patiently until ALL IS IN PLACE.

This is what has been taking place and now … the switch is ready to be activated. However … the final ‘going over’ to make sure all is indeed ready to go, must be ensued.

Once the switch has been turned on … it will be as if many many dominoes fall. Each one knocking down the one in front of it … and we say there is a long, long line!

Many times, over many years, we have said for you to ‘Hold onto your hats’ have we not?

And many times we have … only to have taken them off again … it flattens the bouffant after a time!

Why that particular expression?

Because what is to come will seem like a tornado of Events and if one does not ground themselves, they will indeed feel as if they have been lifted off/through/within a whirlwind and not know how to bring themselves back down to Earth.

Consider the fact that there are no longer just a few souls upon your Planet who are aware and awake. Now there are more than enough of you to be able to anchor the LIGHT FORCE that is required when the lid is blown. (Off.)

WE KNOW THAT YOU ARE READY.

WE KNOW YOU ARE PREPARED.

WE KNOW YOU ARE STRONG ENOUGH TO WALK OTHERS ACROSS THE BRIDGE.

Dearest friends, THE TIME HAS COME.

The process of illumination may not be as you imagined. For no-one can ‘imagine’ what is to come.

However it ‘falls’ into place … be aware and be alert.

Be of your Truth. For many will be bandying about their opinions as to what they KNOW to be right and wrong.

THERE IS NO RIGHT AND WRONG.

Feed only the gentle suggestions of going within and feeling Love for oneself and all.

For many, that which is ‘commonplace’ in this field for Light Players*, will not be a ‘normal point of view’. Many are completely unaware of all that has been under- ‘lying’ upon your Planet.

Many have chosen to remain asleep and now … when the upheaval on the largest scale imaginable is brought to the surface, they will not know what has hit them.

And as you KNOW … this is where you come in. Each One of you that have been waiting for so long to move into position.

Each One of you that have wondered why you are here and felt so helpless.

NO LONGER, DEAREST ONES.

THE TIME IS UPON YOU.

You shall be aided greatly by THE LIGHT FORCES that do not reside upon your Planet.

For they too, have been waiting patiently in position.

This Light Force shall come in many forms. Personally and generally.

As we mentioned … this is your ‘Tuning in’ call to one another. This is the Vibrational sound recognition of the clarion call from all/for all/ to all/ through all souls of Awakened Light.

It is your soul’s call that connects you with HOME.

FEEL IT from the deepest KNOWING WITHIN YOUR BEING FOR …

Whenever possible, visualize millions of souls, holding hands with you around the periphery of your globe.

EACH ONE KNOWING THE STRENGTH OF THE LIGHT THEY ARE AND SHINING IT OUT SO THAT IT PENETRATES INTO THE DARKEST AREAS.

KNOW that visualisation is one of your most powerful tools.

Never allow yourselves to feel helpless when things that are presented could make you feel so.

It is throughout all these ‘unveilings’ that you must ‘hold it together’ … in all aspects of the expression.

Within these times REMEMBER YOU ARE NOT ALONE … THERE ARE MANY, MANY OF YOU ALL WORKING TOWARDS THE SAME END … THE SAME BEGINNING

TO CHANGE YOUR WORLD BACK INTO ITS HIGHEST FORM.

Will it be /could it be … that perhaps when things are revealed, we don’t find them as shocking as you say we will … for we have heard of some pretty atrocious things already?

Without doubt there are things that some may have heard of and definitely things that only an elite few know of … at this stage.

Someone wrote in saying that they were having a ‘friendly’ dispute with their guide in that when you said ‘For a while … there shall be much ‘culling’ of what can be and what cannot be divulged. For indeed, many will be so appalled that there is a possibility of much uprising amongst the people. People, as we have said, will not know what to believe is True … for much will seem literally impossible for a human being to stoop to such levels.’ Their guide said that you were indicating that there very well could be uprisings. The lady pointed to the preceding sentence and said, ‘No, they will be culling the information to AVOID uprisings.’ To which you would answer?

That indeed it is ‘more than likely’ that there shall be uprisings. The culled information is more from a point of view of ‘one step at a time’. For overwhelm shall indeed, be the order of the day.

I guess my concern is this KNOWING for myself what is the TRUTH and what maybe widespread propaganda. As I said before, I don’t feel very adept at feeling what is and what is not when it comes to ‘news’. I know where ‘to go’ in my thoughts with much of it and why we are being told certain things to keep us off track … yet, when all that is to come out, does so … how will we ‘exactly’ know? Will there be any other way than our inner knowing?

In the ‘kindest’ of ways … we would ask that you follow your heart not your head.Things will not be proceeding as normal, Blossom. Anything but … Far from it. Many who thought they had secured jobs within your media and political stature will be almost immediately removed.

So many changes will take place bit by bit … that eventually one will see the LIGHT AT THE END OF THE TUNNEL.

The upheavals and uprisings will settle down as soul’s ‘simmer’ and they begin to realise that all that has been revealed and brought out into the open … has a greater purpose and that it is a means to an end … of human Beings and nonhuman Beings alike, taking advantage of POWER.

Do you mean non-human Beings upon the Planet?

We mean both on and off Planet. Imagine as if millions upon millions, upon millions of souls are all linked together by a chain of shackles around each wrist … bonded/bound by slavery … and then visualise … a switch being activated and every shackle, at the same time, falls open …

FREEDOM OF YOUR SOULS … AT LAST.

THIS IS WHAT IS TO COME …

THIS IS WHY YOU CAME … TO BE THE FREE-ERS OF HUMANITY.

SO THAT YOU MAY WALK AGAIN IN THE LIGHT … THE TRUE LIGHT OF WHO YOU ARE.

Woah! Batten down the hatches … In Gratitude. In Loving service. I AM.

*Light players … a suggestion put forward by a gentleman on the Bali retreat, which seems so much more appropriate than Light ‘workers’. The FOL obviously think so too.