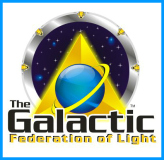 Preparing for a New Reality | The Galactic Family via Suzanne Lie Whether we are aware of it, or not, we are ALL preparing for a new reality. Now this new reality that we are unconsciously, or consciously, preparing for has actually ALWAYS been there, but our third dimensional bodies were, and mostly, still are, too primitive to be able to perceive beyond the limitations of their third dimensional physical form.

Why are these people not telling every one they see this wonderful information? The answer to that question is that most humans would not believe them and would likely laugh at or be chastised for their “memory” of their own Higher Dimensional SELF.

The answer is simple!

While humans exist in the third dimension, and some times in the fourth dimension, they are too busy just “getting by” to remember that 80% of their brain power that they have forgotten to use.

Why would this occur, one may ask? The answer is because they forgot! When the higher dimensional galactics took a third dimensional physical body so that they could come to Gala’s Earth in order to assist Gail with her ascension process, they got lost in the constant call of the third dimension that had taken the first Galactics off their mission.

TRUE GALACTIC SELF?
THAT CHOICE IS YOUR’S TO MAKE!

Will YOU choose to make that choice?

We, your Galactic Family believe that you WILL!