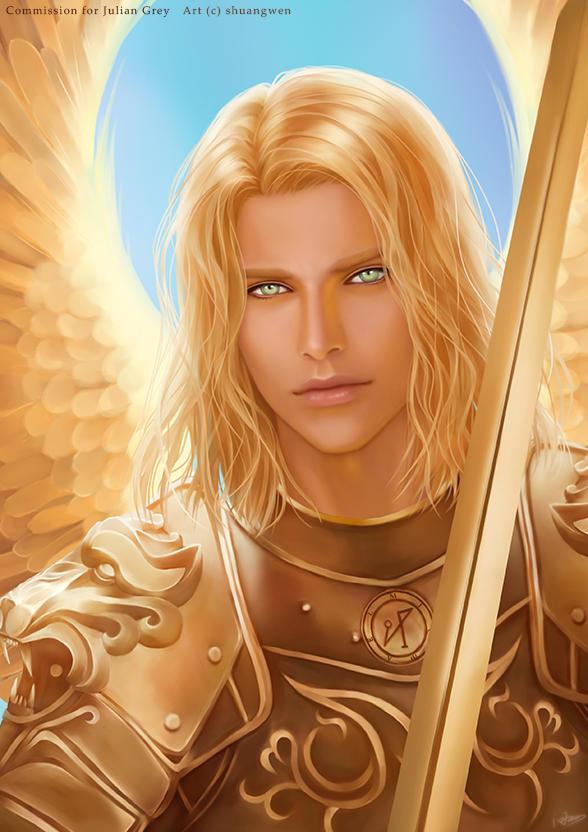 Do Not Compare Yourself to Another | Archangel Michael via Vania Rodriguez

Dear Ones! I am Archangel Michael!

This month has been a month of much energy, a very atypical month, much energy of very high vibration is coming to the planet.

And each one of you is feeling physically the arrival of these vibrations: tiredness, heaviness, body aches. And as we have often said here, drink lots of water. Each such frequency that arrives is triggering the process in your cells; nothing more and nothing less than the activation of all the parts of your DNA that are blocked.

This kind of reaction is not the same for everyone, some of you have already released a large part, others will release very slowly. The release of these DNA strands depends on the journey of each soul, depends on where each soul is at. The energy arrives the same for everyone on the planet, but it doesn’t react the same way in every body on the planet. So don’t be comparing yourselves, don’t be watching what happens to your neighbor.

Fortunately you don’t have access to where every soul is at. Imagine if you had a marker: who is more evolved, who is less evolved. If this were possible, those of higher evolution would not be able to stay there, because the very vibration of those who are lower would bring them down as well. This is inherent to the human being, no matter how evolved you are, comparison with others is innate in you. The concern is always whether you are better or worse than the other. But by divine wisdom, you don’t know. You even suspect, because of that person’s journey, but you don’t really know where they are on the road.

Only Father/Mother God and the Beings of Light can have access to that information.

And depending on the merit of that soul, on the actions practiced by that soul, those most meaningless obstacles will be removed from the path. Those obstacles that will bring no benefit, no lesson, are just there to get in the way. Then these obstacles are removed. That’s why many people start saying that life gradually gets better. That’s exactly why, because these little unnecessary obstacles are being removed from the path, but it all depends on the soul’s journey.

Let’s say that every soul has an inner balance, where the positive actions accumulate on the right side of the balance, and the negative actions on the left side. And this is how that soul shows itself to the universe. I can assure each one of you, that no soul has an empty left side, because if this happens, this soul is already extremely evolved, as in the case of Sananda. He has no negative actions on the scales anymore, his soul has already been able to transmute all that was wrong during the journey it has already taken. That is the case of Mary, that is the case of the Ascended Masters. Their walk on the positive side was so intense that the negative side becomes almost null and there is no more weight on the scales.

So this is how you create your walk. Every positive action, every evolution, no matter how small, is added to that plate on the right, the positive plate. And if this plate starts to become extremely heavy in relation to the left side, proportionally, that value on the left side will be diminished. Until you reach a point where you are ready to ascend. So the concern now is not to look at the other, not to compare with the other. Everyone has their own scales, and it is certainly not you who see those values.

And it is on this point that we will now insist a lot. Begin to lose this terrible habit of comparing yourselves with another. Each one of you is a soul, with a lot of baggage on your back, whether on this planet or on another, it doesn’t matter, you all carry baggage. And at this moment few are aware of the baggage they carry. So how can you compare yourself to the other? Start looking only at yourself in the mirror. Don’t try to compare yourself in any sense with the other, all the concepts you have learned of comparison are to inferiorize you.

So stop, stop comparing yourselves, stop envying the other who you know is actually further ahead on the journey, this only slows you down more and more.

So stop comparing. Each one of you is a soul, with a path as a road back, which may have been beautiful, may not have been beautiful, there is no judgment. What matters now is to start cleaning up all this mess your soul has made. How to do this? By using forgiveness; this is the key to cleansing, there is no other way. So do it. Begin to unload this load that you are carrying back there.

So stop worrying about others and look within. Look in the mirror. If you are not yet able to look at the past, at least look at the present life. What have you done that is not so good in this present life? Begin to get rid of it, it is already a first step. The time now, we keep repeating this over and over: it is to look inward, not to look outward, not to look at the other; it is inward. And this looking inward cannot be one of judgment, it is an extremely loving look. Now, it has to be a look of complete vision, of accepting the mistake, of understanding the mistake, and being sure that you will not make the mistake again. Affirm this to the universe. Then you will be putting a stone on top of it.

So I want to remind you: Time is passing and every energy that comes harder on this planet, the more it squeezes you to get all this dirt out. You can’t hide anything anymore. And it is as if you are holding a burning ball in your hands, and the love that you put into resolving it, so that the ball doesn’t burn in your hands, is the key to resolving the problem, all with a lot of love. So the moment is still to look inside, to forget your surroundings, to forget who is next to you. Forget if the person next to you is awake or not, this is his path.

So realize how important it is that you look out for yourself, not for the other. You want to help the other, help yourself first. Raise, raise your Light quotients, and surely those around you will receive more and more Light. Think, think a lot about it.