We, the Arcturians, would like to ask how YOU are doing? When we say you, we mean the “Awakened humanity,” for unawakened humanity is unable to even imagine that anyone would be able to communicate with Beings that are invisible to their third dimensional perceptions.

In fact, there are still many humans who can only believe that reality is ONLY third dimensional. They may concede that something else happens when they meditate or dream, but the explanation need to be rooted within their third dimensional thinking.

To our perception, we can see that there are several realties that exist within your NOW. There is the reality of those who only believe in their third dimensional world, and can’t even imagine that any other component of their life is “real.”

There is also a reality in which Ones think or believe that their dreams, meditations and imagination may be arising from their inner self to assist their ego self through daily life.

Some of this group believes that their higher resonance can – and does – assist them with their daily 3D life.

Do you, our fully Awakened Ones, understand now why your transition into the higher realities is taking so long? On the other hand, there are also many humans who are fully awake to, and aware of, their own Multidimensional nature.

As we have stated many times, one can only perceive the reality that resonates to their state of consciousness. On the other hand, there are a rapidly growing percentage of humans who are beginning to awaken to higher states of consciousness.

Therefore, they are beginning to remember their dreams, trust their “imagination” enough to turn it into a “new idea,” allow brand new thoughts and ideations to enter their minds, and trust the inner messages that suddenly appear in their mind, or their body, as they go about their daily life.

These are the Ones who will be able to consciously embrace the reality that Earth is NOT the only planet that has sentient life. Many of this population can even embrace the fact that Earth humans are NOT the most evolved “sentient Beings” in your huge galaxy.

Do you see the challenge for Earth? There are many very different populations of humanity who think and believe in very diverse ways. How can the population of Earth reach a cohesive state of awareness in which everyone can, at the very least, accept that others can perceive very different versions of reality?

We, your Galactic Family, can understand how difficult it must be for those of you who can embrace fifth dimensional states of consciousness, perceptions and experiences, while you are also living and surviving within your daily third dimensional reality.

We wish to commend you for finding the myriad unique ways in which you are adapting to a very difficult and extremely unique experience. Since Earth became the “melting pot” of many different Star Beings who came from many different areas of your Milky Way Galaxy, as well as from the Andromeda Galaxy, there is great diversity within one planet.

The type of planetary diversity that Gaia enjoys is quite unique, but part of the reason for this variety of inhabitants is because Beings came from many different Star worlds to settle on Earth.

For example, many Pleiadians, Sirians, Draconians and Venusians, as well as members of other surrounding galaxies who wanted to have the experience of being on a free will planet, that was based on separation and the Law of Cause and Effect.

Some Beings came from different Galaxies, such as the Andromeda Galaxy, https://earthsky.org/clusters-nebulae-galaxies/andromeda-galaxy-closest-spiral-to-milky-way to explore and often stay within the experience of ascending Earth. We would like to speak a bit about the Andromeda Galaxy.

First, we want to put into perspective that Earth is not even a dot on a universal map: https://atlasoftheuniverse.com/localgr.htmlThis map marks in yellow the three “local galaxies” of your own Milky Way Galaxy, the Andromeda Galaxy, as well as the Triangulum Galaxy.

As you merge with your higher, planetary, and Galactic sense of Self, you regain your multidimensional perceptions that became lost during your many incarnations on the troubled planet of Earth. It is via your expanded perceptions that you begin to remember:

Because you are the pioneers for a new frequency of reality, you are among the minority of humankind who has volunteered to enter into the NOW of transition from a third dimensional time/space reality into a fifth dimensional reality, that is based on HERE and NOW.

Many of you brave pioneers to a new octave of reality are concerned about the level of chaos in your third dimensional life. We remind you that chaos always precedes change. The chaos reveals that which no longer works in your new higher frequencies. As uncomfortable as this chaos may be, we ask you try to embrace the chaos.

When you embrace chaos, it is no longer your enemy. Embracing chaos allows you to discover and live the newest version of your SELF that you are now ready to download into your ever-expanding sense of Self. In this manner, chaos is not your enemy, but your friend who is showing you what cannot expand into the higher dimensions.

The thoughts, emotions, energy fields and thought forms that are interdimensional are paving the way to assist you to fully adapt to living within a Multidimensional reality in which your physical laws of time and space no longer function.

If one is “just a 3D human,” they will not be able to perceive the return of their fourth and fifth dimensional perceptions, as they are busy with the demands of their physical life. They will not find time to meditate, expand their consciousness and see auras, or feel the call of their own Higher Self.

That is not a good or a bad choice. It is simply their choice. Not everyone wearing a physical body has incarnated on Earth to experience and assist with planetary Ascension. There are millions of kind and loving people who are not interested in this type of information.

Therefore, we say to those of you who are ready to share their experiences to look first into the aura of the One to whom they are speaking. Look just above their head to see if they are consciously connected with their higher dimensional expressions of Self. If you perceive a void, you will know that they are not ready to enter into the experience of Ascension.

Talk about the weather or address your joint victories and challenges, then go about your way. We say this to you so that you do not have the difficulties that many “harbingers of change” have experienced when they attempted to move into the next higher frequency of reality.

Therefore, you did NOT diminish your true SELF in any manner. However, the time, separation, polarity, and hard work of the third dimension made many forget that your human self is, actually, the lowest octave of your Multidimensional SELF.

Many of you have chosen to address unresolved issues from other incarnations, to more greatly empower your self-esteem and expand your sense of Self to embrace the higher dimensional expressions, as well as your current physical embodiment.

But, please remember that you have NEVER LEFT your higher dimensional expression of your Self. What did occur is that during your long excursions into the third/fourth dimensions of reality, your “sense of Self” became limited to your third dimensional self.

This experience is much like feeling your feet walking in muddy water, feeling your body in the clearer water, and experiencing the air and sun on your upper torso and face.

Feel all of these expressions of your self within the NOW of the ONE.
Realize that you are also “the Now of the ONE” that you feel entering your crown.
You are “All in All.”

As you peak deeper and deeper into the fifth dimensional reality that is increasingly intermingling with the fourth dimension astral world of your meditations and dreams, and your third dimensional life on physical Earth, your Sense of SELF is expanding to include more and more frequencies of your innate Multidimensional SELF.

In this manner, while the third/fourth and fifth dimensional energy fields merge into ONE, people and planet also merge into ONE. Those of you that chose to take an Earth vessel within this NOW to assist Gaia with Her transmutation will be transmuting your Self while you are simultaneously transmuting Gaia.

It has been a long wait for our brave pioneers who volunteered to “assist Gaia with Her Ascension.” Many of you have served countless incarnations on Gaia’s third dimensional expression. Therefore, you have grown to love Gaia as your Mother. We want you to know that Gaia also loves you as Her children.

We suggest that you begin to consciously perceive the changes in your perception of “time.” When you are busy, try to remember to take a moment of the fifth dimensional NOW to go inside and FEEL your Multidimensional SELF within you.

Embrace that being your Multidimensional Self is as normal as having two arms and two legs. Also, take a moment to feel the many versions of your “sense of Self” within the NOW of each moment.

In this way you will assist yourself to incorporate all that you have learned in your third and fourth realities with the fifth dimensional NOW of your ever-expanding “sense of Self.”

Please remember that the members of your Galactic Family are always within you. Thus, you are never alone!

Within the ONE of this NOW, WE are YOU.

The Arcturians and the members of your Galactic Family. 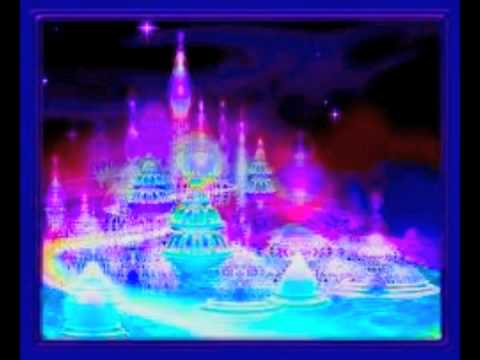 Preparing For First Contact, Chapter 12. The Arcturians – Your Expanded Sense of SELF. Channelled by Suzanne Lie. June 27, 2016. https://suzanneliephd.blogspot.co.uk/