Greetings, we your Arcturian, Pleiadian, and higher expressions of your SELF, are in the process of joining with your fifth dimensional and beyond energy fields. This joining, which will occur only when you are ready, will flow into your third/fourth dimensional energy fields.

When you/we blend that which is an octave jump beyond your present resonance, with your baseline resonance of third/fourth dimensional, you will move into an entirely different operating system.

In your third/fourth dimensional reality there is separation,
But in the fifth dimension there is unity.

In your third/fourth physical reality there is limitation,
But in the fifth dimension and beyond there is multidimensionality.

In your fifth dimensional reality:

Do you see the vast difference between the two octaves of reality?

Do you realize that within your daily, physical life, you exist within BOTH realities?

You are in a day-to-day, minute-by-minute, second-by-second process of integrating a frequency of Light into your third/fourth dimensional body, which is an octave jump beyond the frequency of Light that you have ever experienced in any of your incarnations on Gaia’s physical planet.

From these perspectives you may say you are starting your journey at the midpoint on your traverse to “the peak of the mountain.” On the other hand, during your incarnations on the greatly wounded version of dear Gaia, on which you have taken your current incarnation, you begin your journey at the bottom of a very deep valley.

“Yea, though you walk through the valley of the shadow of death, you fear no evil for thou art with me.” That “thou,” who is ONE with your Higher Self, lives within the resonance of the “All That Is.” Whether or not your third dimensional self is aware of it, you are in constant connection with your Higher Self.

Before you can reach the peak of the mountain, which is through the valley, you must confront, live, love, heal, and set free all of the shadows of your Self that you have spent during uncountable incarnations believing that you were just physical. But how could you go through all of these experiences in a time-bound reality such as Planet Earth?

Who you will be,
Where you are going,
What it is like to return to your ship
When this transmutation will occur or
How you will flash into Lightbody,

The physical body that you are wearing cannot fully understand your process.

Therefore, rather than release your doubt, make that doubt your very best friend. Allow that doubt to come into your awareness and say, “Are you sure about it? Let’s go into meditation and confer with our higher expressions of Self.”

In this manner, YOU are in the driver’s seat. It is wonderful that you read many things, that you study many things, for you expand your mind and activate your Multidimensional mind when you expose yourself to unique stimuli.

It is also very wonderful when you allow yourself to slowly, carefully, and bit by bit, integrate this new information into your physical reality and into your own physical body. In this manner, you can calmly experience the transmutation that you must be willing to let go of everything that you have learned, studied, and/or worked hard to achieve in your physical reality.

Now when we say “let go” that does not mean you need to leave your house, stop paying your bills, not go to work, etc. What we mean is that you must “let go” of the illusions that you have believed during your long duration of wearing an Earth vessel.

If you can surrender into every person, place, situation, and moment that you have ever experienced in any of your incarnations, then you will be able to have that faith to surrender in to the higher expressions of your SELF that have guided you through every one of these experiences in every one of your physical incarnations.

If you can remember this process, you will be able to go back into all of these myriad realities and send them Unconditional Love and Violet Fire. You can also remind them that they/you were just wearing an Earth vessel within that NOW to learn more about living on a planet that is on the cusp of the transmutation into the next octave of reality.

It is then that you will be able to Unconditionally Love that YOU who is within this process of finding the Multidimensional You that has already ascended and who already inhabits many higher dimensional frequencies of reality.

This conscious merging with your own Multidimensional SELF connects you with the line, the lineage, the multidimensional lineage, of the You within this NOW that YOU have always been.

Blessings. We are happy to see so many of you fully awakening and preparing to assist Gaia with her Ascension.

JOY IS THE HARBINGER FOR ASCENSION 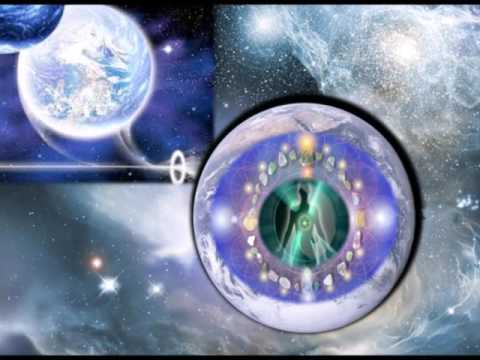 Preparing For First Contact, Chapter 13. The Arcturians/Pleiadians – Merging With Your Fifth Dimensional SELF. Channelled by Suzanne Lie. June 29, 2016. https://suzanneliephd.blogspot.co.uk/