Submitted to Voyages of Light on December 31, 2022

Hello to all our troops of Light on planet earth! I am Ashtar Sheran with a message of hope and love for you for the coming months.

Much progress has been experienced on the earth’s surface as well as underneath. Bases are being re-purposed for light work, all entities of evil origin have been taken off the planet and sent for appropriate trial. Their human hosts, however, remain and are being cloned and new attempts are being made to re-connect the hosts with new parasitic attachments. We are of course aware of these attempts and they are being thwarted as we speak. The DS, however, still has many tricks up its sleeve and they threaten to use them whenever opportunity arises – opportunity being any time our side threatens to push its light agenda forward to take the DS off its course.

Trust is a big issue now for the people of earth: “Who do we trust?” Trusting any one person when earthlings are in such a fallible state is not advised, however trust comes in seeing their actions. Is the action trustworthy or is the person completely dependable? All are compromised in some way, to some extent either through their own fault or the fact that they are being threatened with compliance or else pay the price. The price these days has more to do with extermination of people in cities and countries rather than just death of the non-compliant. The ante is being upped. Others simply work to benefit themselves along with humanity because they are futurists – they believe in earth’s future and simply want to benefit themselves as they exchange ideas with humanity to better your future. They will work with whoever will help them fulfill their personal dream first, however how they are funded must still be taken into account.

Nonetheless progress is still being made and much of this comes through defiant acts. Russia is launching its attacks on the DS and the BRICS economic system has been initiated and is now being used. All major world financial interactions will be put through the BRICS system, which is quantum, as opposed to the FIAT system which is currently crumbling, being resurrected through typical deceptions of the taxpayers, and then crumbled again.

The DS is still disguising its attempts to ruin humanity and that is because they do not want our disclosure to occur for the general public. This they fear most because they know should we disclose to every man, woman and child that their superiority here they would never be believed again – they would lose their place as your controllers. So to some extent they are forced to cooperate with us as we draw up agreements and replace them over and over again. Your part in this is to come to your own terms within yourself as to whether you will believe them again. New heroes are being sought out but you are your own hero – nobody can walk the hero’s path for you. And so you are challenged to find your own power and your own light.

To be your own hero means not to fear. It is they who are fearing now as the tables are being turned on them. Look at the fear behind every transaction. Look at the fear behind every campaign they launch for further control of the masses. They are the ones who fear and so you need not any longer. There never was cause for fear in the first instance but we realize this is your basic reaction to anything new. You must retrain your minds to stop fearing.

Many ask, “Why does the Alliance not show itself to us?” For the same reasons that we of the Galactic Federation and solar councils cannot publicly disclose: The DS would have nothing left to lose and everything to gain by destroying the earth and everything upon it. They wish to retain the image of the Force Majeure upon earth. To lose that is to lose their campaign entirely.

Many ask, “Why doesn’t the Alliance do more for us?” The answer to that is, “They would however they are stymied and stopped by threats coming from the other side.” They must always check to verify the veracity of the threat – to see whether it is a valid threat that could be carried out or simply another of their lies.” Sometimes it takes a while to check the veracity of the threat, so much so, our plans are vastly delayed. Also understand that far more has been done for you than has been publicly declared. A lot of this is done in secret but it is done nonetheless.

Even by attempting something small such as a flyer campaign with necessary information for the public is a step in the right direction. Tell someone something. Start a website or blog. All attempts to inform the public as it is their right to know are done in light.

I am Ashtar. I encourage you now to help others because to help others is to help yourself. When all stand in defiance of the darkness which surrounds and has controlled you for eons, more Light will shine through. 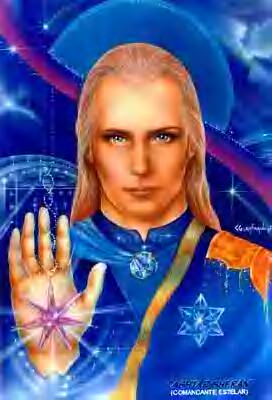 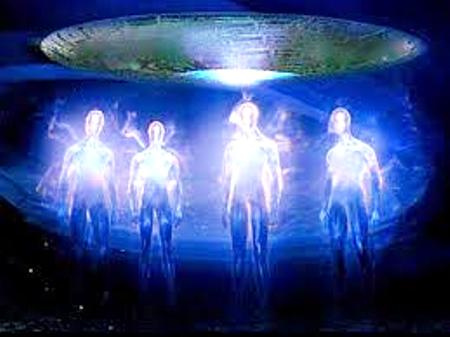