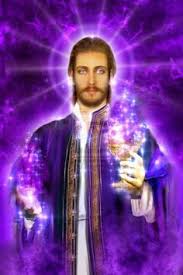 THE CHAPTER OF INTERFERENCE HAS BEGUN

The invitation-policy of several individuals has brought archontic bloodlines to earth, and so far the non-interference-policy of the powers of light has made bigger interventions impossible. Up until now.

We are beginning a new chapter among relations between inner- and extra-terrestrial powers of light and mankind.

A long time ago, satanic forces were invited to earth by people who were hoping to gain advantages for themselves by doing so – and these forces have taken over the earth and subjugated humanity. A large number of people have been controlled mentally and emotionally by these princes of darkness ever since – unknowingly for the most part.

Behind the scenes the course of this world was determined by these destructive forces, and most people had no knowledge of this. The state of knowledge in this matter can so far still be considered low. This is about to change radically as of today!

From now on the powers of light change their policy of NON-INTERFERENCE on upper earth.

Why now and not sooner?

Because today the critical number of people has been reached who are turning away from the dark goings-on and don’t want the princes of darkness here on earth anymore.

Many people involuntarily “had it bad”, as you commonly say, and today is the day that certain interventions by the forces of light become possible.

HUMANITY IS “KEPT IN THE CLEAR”

Atomic bombs won’t fire, HAARP systems will be turned off, chemtrails will be rendered nonhazardous, among other things. Always up to the point where it becomes possible for mankind to take the shift into their own hands.

You are “kept in the clear” so to speak, so that you can fulfill your cosmic and human legacy on this earth.

The invitation that once was extended by humans to the princes of darkness from another galaxy was an invitation by a small group of individuals only, and not by all of humanity! There is no collective guilt to go around.

So whoever believes that they are “guilty by default” is wrong and stands corrected today.

The awakening of humanity continues rapidly, and with the support of the forces of light from inner-earthly and celestial realms, the healing of the planet is gaining new momentum.

Everything lies in the hands of the ONE, and we all serve this ONE with devotion. This service is otherwise described as love for all beings, and its healing effects are now manifesting on this earth.

We are turning our backs to the princes of darkness, and we bid them farewell from mother earth. But not all of them will voluntarily leave this world, many requests will have to follow. It will take “convincing”, which both the invisible worlds and you here on earth will have to do.

So for the upcoming days: Face yourselves until you become capable of facing the dark side of power.

With ruse and skill, the dark elements are trying to get humans on board with them and to keep them there. Don’t waver! You can only be unwavering if you have conquered your own shadows and low nature. “Go back, Satan!” – these words now become the signature of the human being breaking free.

From now on, we, the forces of light from various realms, take on the responsibility to provide you with optimal conditions for awakening – and it is up to each of you to grasp this opportunity.

I have extended my invitation to mankind!

Personal invitations will be rendered these upcoming days. This means that each individual whose consciousness is partly open will receive this message directly, while sleeping or while awake.

You are called upon to create the New and to free yourselves from the dark magicians of time once and for all.

Time and path are inscribed in your soul. Now your awareness and your determination are needed to cut loose and end confinement.

God is great, and his glory is paving the way here on this earth.

Recognize the signs of time and seize the opportunity, because the truth comes to light everywhere and everything is captured by the light.

I am ATOS
I am the principle of this creation