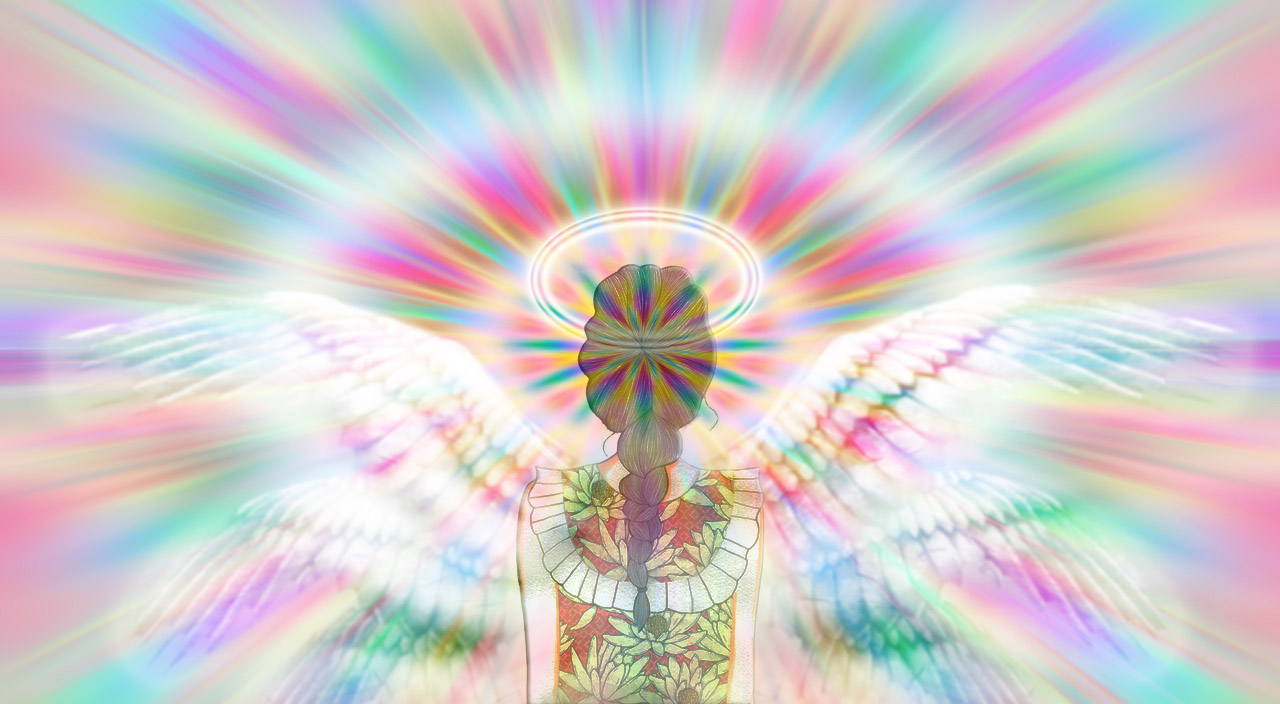 It is time to revisit this blog originally posted April 2018. As the subatomic blueprint structure and elementals in the earth are undergoing deep transformation to shift how energy manifests, it has been duly noted that the atomic harnesses used in the planetary body’s lowest dimensional wave spectrums have direct correspondence designed to interfere with the human body’s Lung function. The breath we carry holds the inner spiritual essence, this spiritual essence fills up our Lungs when our heart is opened, and it is the spiritual power behind building the wings for the divine human lightbody. Bring to mind the current global events impacting human lungs with respiratory illness and then open your intuition to feel into the many reasons why this plannedemic event was aggressively orchestrated now.

To support the change in the gender fin rate of spin and to help correct the male and female rod and staff planetary architecture, Starseeds have been processing 6D-7D wing trauma that connects into Sirius B and Arcturian energies, as well as the Gaian timelines recorded in the Indigo and Violet Ray spectrum. The 6D-7D ray frequencies connect into vertical axiatonal lines and horizontal meridians that are connected to energetic portals that are on the top of our shoulders and run down each side of our body. In the angelic human lightbody, these two energy centers operate as portals and are called the Wings. The 6th portal Wing is in the top right shoulder indent on the masculine side of the body, and the 7D portal Wing is on the top left shoulder indent on the feminine side of the body. The 6D portal is connected to the celestial body in the third layer of our soul matrix, and when activated, begins the process of the Soul Twin Flame Merge that occurs within our bodies that synthesizes the first stage of hierogamic union or sacred marriage. When we start to build our 6D Lightbody, our masculine and feminine energies attempt to merge and synthesize a pathway up our central vertical channel, connecting into the base of the brain and synthesize the frequency from out of the 6th energy centers, in the center of the forehead and brain.

When the merge between the 6th layer and 7th layer has reached a certain accretion level, the lightbody is holding the first layer of the inner template for hierogamic union. This is the ascension stage of divine union that occurs within the three layers of the soul unite and that intelligence embodies within the cells of the human body. At this stage of ascension development, many people magnetize soul family or intimate relationship with another that is also entering into this same ascension stage. As a result, spiritualized couples come together to experience and work with the soul frequencies and timelines that are connected to the perfected male and female in balance, represented in the divine archetypal forces of Christos Michael and Christos Mary Sophia. At this stage of spiritual initiation, some people move out from karmic 3D relationships and alchemical union lessons, to outwardly manifest the first stages of co-creating divine union partnership or hierogamy.

These spiritually activated couples may endure incredible resistance and dark arts training, as it becomes imperative to recognize the dark aggression of the imposter forces, who desire that these couples break up or not continue to do their ascension work. Generally this means deep emotional healing work, being brave in order to clear and transmutate shadow forms, negativity and destructive relationship patterns, as all hierogamic partners are tasked with the hard work of clearing out destructive relationship patterns. In relationship we must choose truth and honesty in all interactions, in order to flush out deceptions and untrustworthy behaviors. Building a healthy relationship towards spiritual actualization of hierogamic union requires an all guts on the table approach, being able to speak safely in a range of deeply challenging topics, building trust and remaining unconditionally loving and accepting of each other in every circumstance. As well as seeing the vulnerability in the relationship where the dark aggression can target our deepest fears and weaknesses, and being honest about that when it happens in so to make the effort to emotionally and spiritually heal.

The 6D-7D energy centers being activated in the planet now are based upon gender principle coming into balance, one is male and the other is female. They must work together towards unification throughout the multidimensional layers, as these spiritual forces impact our beliefs and thinking in relationship to gender. This means in order to reach this ascension stage, emotional clearing and healing of the inner male and inner female has been addressed or there has been some conflict resolution with the False Parent victimizer archetypes. To know our true Mother and Father and to undergo the rebirth of our inner male and female spirit, we must see how the False Parent influenced our beliefs about gender and see the destructive patterns that were created. Many times we must see how we were actually under the influence of the Imposter Spirits when we did not realize that was happening. When we can actually see the distortion and know it’s not the real truth, then we can make a choice to know what the truth is, and then our true spiritual parents and divine heritage is revealed inside our heart.

The 7D Portal Wing also represents the Crucified Female Principle of the Christos-Sophia intelligence. This has not only distorted the human gender principle, it has been a source of human sexual misery and consciousness enslavement. The result of crucifixion of the female principle represented in a male body, can be observed in the mass perception in the narrative of the separation that exists between the male and female. The male and female principle are two sides of the same coin, they cannot be separated from each other because no matter what body we are inhabiting, we are inherently both genders. Whatever we may do or believe that is destructive to either the male or female principle, ultimately wounds our soul and spirit and creates misery. This misconception promoted to separate the genders outwardly manifests as the external results of the state of the crucified inner male-female principle in our world today. Please see Crucifixion Implants.

The 6D and 7D Ley Lines have been extremely blocked in the planetary grids and have not been activated on our planet or within the lightbody of human consciousness for eons of time. The planet has been implanted with extensive frequency fences and NETs to purposely thwart the planetary and individual lightbody accretion and to prevent the soul fragments from healing. This way the souls of human consciousness are stuck in rounds of 3D dimensional reincarnation experiences never getting off the wheel of rebirth, constantly coming back into the lower form worlds of density. With many people existing with a consciousness level of pure identification with physical matter, it became harder with each evolutionary cycle for the human race to recognize its true nature as a multidimensional and inner Christos God being. This amnesia still impacts many souls on the earth today, who don’t believe they have a soul or spirit and realize they are inherently both male and female principles.

Wing Trauma is directly connected to the Michael-Mary Reversal networks and the alien machinery placed in the planetary grids that split gender apart, which are anti-hierogamic technology. The result of this grid is to promote the splitting apart of the layers of sacred marriage that occur at the 6th and 7th dimensions, through the corruption of the Indigo and Violet Ray, which is the spiritual ascension process of Building Wings. These grids also feed the mind control belief systems that promote Sexual Misery in the human race, as well as hatred between the sexes. This level of the blockage and quarantine in the 6D layers is what is referred to as the 666 Seal and it’s also called the Curse of Yahweh, in connection to the results of what happened when we lost the Planetary Staff alignment due to the Yahweh Matrix. This is a genetic block in the sixth dimensional frequency layers residing within the 6D Indigo Ray and 7D Violet Ray Monad or oversoul bodies and it impacts our crown center. Essentially this relates to the trauma of having our Wings cut off from our lightbody, which meant most of humanity could not have sacred union, build an ascension vehicle, or travelling merkaba spirit body. This fact is what created the Fallen Angelics.

Hierogamic union represents the perfected sacred marriage between the inner male and female spirit, Christos-Sophia, which undergoes resurrection to emerge as the Risen Christos, one unified being in service to the Law of One and in full communion with the Godhead. The Michael-Mary Reversal networks are designed to prevent sacred marriage by splitting apart the integration of the third eye center, as the masculine principle, and the crown center, as the female principle. When these principles are united they activate the sacred marriage in the Soul Matrix and build the Wings in the Lightbody.

Recently, the process of building wings through the 6D-7D horizontal intersection on planet earth has revealed to be critical for correcting the planetary Horizontal Rod Pillar for the masculine principle. Hence this has been both a collective spiritual initiation in the masses to achieve the critical mass required in the planetary field, and the Guardian gridworker project in which many Starseeds have been supporting since the rise of the Paliadorians during the Ophiuchus cycle five months ago.

The planetary staff holds the 13:13 vertical spin for the 13th Gateway Vertical Staff Pillars that spin in the rotation necessary to run the frequency sets for its corresponding horizontal spin sets that build the intersection for the Rod Pillar. The Vertical Staff Pillar runs incoming frequency from the Cosmic Rays and Godhead from the top of the pillar spinning it from north to south, with the outgoing frequency spinning up the pillar is running south to north. The female principle heart holds the placement for the male principle heart to anchor the Horizontal Rod Pillar into the Vertical Staff Pillar central core inside the heart complex, which evolves into a male-female heart twinning function when they unite.

The Horizontal Rod Pillar is built from the incoming frequency of the 7D Violet Wave, and the outgoing frequency of the 6D Indigo Wave, and when these two frequency sets merge in an east to west, left to right complete circuit, this is the hierogamic process of Michael-Mary Heart Twinning and Building Wings. The Staff Pillar and Rod Pillar intersect in the center of the permanent seed atom, the heart complex ignites into a crystal lotus or crystal rose diamond pattern, projecting massive energy petals from out of the center heart complex.

As another stage for the planetary hierogamic union of the sacred male and female progresses, the anti-hierogamic technology used in false ascension teachings, as consciousness traps that feed sexual misery, gender reversals and mind control implants become much more visible in the field. This supports the dissolution of these false systems, inorganic technology or gender reversals that were a result of the anti-hierogamic technology used in many ascension modalities over the last 25 years. As we return to the diamond sun body architecture that is 12 based math, our lightbody adds another male and female side etheric finger and toe, as the original eternal body has six fingers and six toes on each side, equaling twelve-twelve.

I Accept the Male and Female within Me. I AM Perfect Balance!

Stay in the luminosity of your Avatar Christos Sophia heart path. Please be kind to yourself and each other. GSF!

With a Loving heart, Lisa