Thanks to ExomatrixTVFamilies are describing children from around the world with exceptional psychic abilities. In the deep region of Himalayas, people are reporting children are using sign languages which are unknown to their families and anyone around. Some in the region of Aksai Chin believe that these children regularly communicate with the extraterrestrials who are only visible to these children and communicate via telepathy. Mexican children also manifest similar behaviour, when many in the area reported for a long time UFO sightings. The New Humans” have begun to emerge, and it is said that over 1000 children are able to ‘see’ with various parts of their bodies. China has a program for investigating children with similar abilities, which is taken very seriously by the Chinese Government in Beijing. This video describes children with exceptional human functioning (EHF) who display similar patterns to Indigo or Starchildren. They display telekinetic abilities as well as other fascinating multi-dimensional skills, such as sensing another’s thoughts (telepathy). You wouldn’t believe how many of these kids are out there, they seem to be at genius level. The starchildren could be an integral part of a wake up call and it may be that through them we are being led to an understanding of this profound connection. 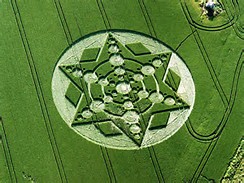 It’s astonishing how many credible people are trying to create awareness about a phenomenon that, if it were to become entirely transparent to the world, would most likely transform all aspects of humanity, leaving nothing untouched. If there was full extraterrestrial disclosure, we would have so many questions to consider. How do they travel so far in such short periods of time? What do they use for propulsion? Are they benevolent or do they mean us harm? The implications of alien existence are simply staggering.
Thousands of people have spoken out and attested to the reality of this phenomenon. In the United States, hundreds of people with distinguished backgrounds — people working in politics, academia, the military, and other professional fields — have come forward to share their experience and research. One of those people is Dr. Jacques Valle.

Valle codeveloped the very first computerized mapping of Mars for NASA. He is also noted for his work at the Stanford Research Institute (SRI), where he helped create ARPANET, a technology that became the foundation for the modern day internet.
He also supports the extraterrestrial hypothesis as one explanation for the UFO phenomenon, meaning that some of these UFOs are indeed intelligently controlled, remotely or not, by extraterrestrial beings. One of his many published papers, written in the late 90s, appeared in the Journal of Scientific Exploration. Titled “Estimates of Optical Power Output in Six Cases Of Unexplained Aeriel Objects With Defined Luminosity Characteristics,” (source)(source) it offers a comprehensive look at the oddities military pilots encounter when they are ordered to intercept one of these UFOs. (Related CE Article: Here’s What Happens When A UFO Is Tracked On Military Radar.)
Valle’s latest work includes a recently published analysis of 500 UFO cases from biblical antiquity t0 1879 before the development of modern industry. That was published in his book Wonders of the Sky.
Below is a video of Valle speaking on the UFO phenomenon at the Global Competitiveness Forum in 2011. Here is a video of him giving a TEDx talk in Brussels.

To view some documents and statements from various credible sources regarding the UFO/Extraterrestrial topic, you can visit the exopolitics section of our website by clicking here.
https://www.collective-evolution.com/2016/07/14/x-nasa-scientist-founding-father-of-the-internet-lets-the-world-know-that-aliens-are-real/