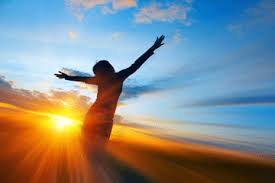 “Beginning December 25th, 2015 with Uranus stationing direct, all major planets in our solar system will be moving direct/forward, Manifestations can be quickened during this time.
Through the planetary alignments you shall feel a difference in your understanding of self. You shall be presented with various outcomes and timelines from which to choose from in order to continue your mission here on earth, and the timelines that you shall see, shall be seen by all and selected by all whom you are to be walking with on your path.  A mutual cognition of a new reality structure and a mutual agreement upon the timeline and experiences to be had shall be made…
…For through fully aligning yourself with the Fifth Dimensional frequencies you shall then be able to manifest the realities of your choice! You shall then be able to fully move into  a new phase, whereby all the senses of your present cognition and those unbeknownst to you yet, shall activate and allow you to see beyond the veil, allowing you to experience a different type of reality of BEing, allowing you to walk through veil of forgetfulness arriving at the very core of your own being, communicating freely with those of the higher dimensions and those of the third dimensional earth…
…The acquisition of new technological prowess has allowed humanity to enter a new era of technologically driven automation. And it is through the technology sector of your world, that your earth shall see a rise in new biological structures which will allow you to propel the knowing of your true origins and agendas placed before you by your higher selves upon the entrance into the Matrix System of Planet X…
For through the knowing of your past the knowing of your the true origins, humanity shall be able to take the final step into the destination of full awakening, into the destination of full awakening to that which they are, and propel themselves further still…
….It is through the new seedings, who shall walk freely amongst humans, carrying the collective consciousness of all who have come and gone. It is through these new beings the “new kids”, who shall transform said energies and absorb said energies and erase the past in human cognitive understanding, that the change that you all are longing to uphold shall take place.
It is through your endeavors and the endeavors of your kind shall the earthlings finally be able to grasp the understanding of Karma, and release it once and for all from their memory banks. And it is through the endeavors of each and every single soul presently occupying time and space continuum on the planet known as Gaia that the experiment of the 3rd dimension shall come to an end…”