Something Magical is Happening in your Timelines, your Paths are Merging Together as One | Lord Ashtar via Lynne Rondell 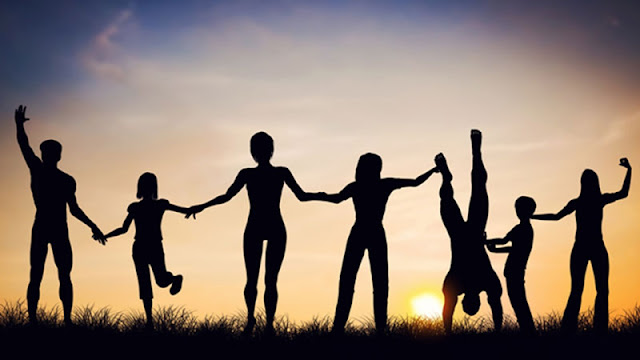 I’m coming to you today this beautiful Wednesday.

This is going to be a message channeling from Lord Ashtar.

So here we go

Hello beloveds, it is i Lord Ashtar coming through this channeler with a message for all of you today along with the entire Angelic High Kingdom as well.

So first we’re going to talk about the road that you’re on. You are on a road that has been a slippery slope, we’re going to say. You are going through a lot of bumps in the road as you clear your chakras, as you purge what isn’t needed anymore.

You are seeing a shift in humanity, you are seeing a lot of people pull back, not be so angry about speaking their peace and forcing it on everyone else, you are seeing people are taking more of a quiet position now, going a bit more within, that is because a lot of you that are come down to hold the light.

So the collective is shifting, the collective is going through a lot of purging as well but the collective of humanity, from all the work that all of you have done, shining so much light, walking the walk with them, doing what is needed, knowing that it is best at sometimes to go back into your heart, to let that be that out there and to know that the journey a lot of it is within as well.

You have been holding the light, you’ve been carrying a torch we’re going to say for those to start to wake up and it may not look like it but they are, for those who are and have been so angry if people don’t see their views, hold their views and have not had a space to to hear anything else.

You’ve been holding the light for them as well. It is working, they are shifting the vibrations up with the energies coming onto the planet. A lot of what we see is a collective that was so angry is now settling back into more peace, is now not taking the media and the news so serious.

So although a lot of you probably don’t see what we see in the high councils and the high collectives of light, from the higher realms. We see shift, we see you shifting, we see enough of you that have come down to hold the light to send peace out, to be more in your hearts, to really heal and help humanity. It’s working, a lot of humanity is waking up, they’re shifting their consciousness to higher vibration, they’re shifting how they navigate and that is what is so important they’re navigating differently they’re not letting the external lead them.

They’re stepping back a little bit and saying i’m not sure i believe that, i think this may be the way i’m, you know going to go or what i’m going to think they’re taking more control of their lives so again you may not see it but this is huge, this is huge.

So there has been two different ways, we’re going to say, huge timelines, walks, paths, whatever and there’s been a dichotomy :

but you’re both moving forward on a road, two separate roads and we see coming up an intersection.

You’re going to intersect. They’re waking up or they’re waking up, you’re holding the light, you’re shifting your vibration higher, they’re grasping that they have their own minds and they can make up their minds now for themselves they’re actually waking up becoming more conscious and really thinking about what they want the two paths are about to intersect and when they intersect you’re going to have a huge unification.

The road over here is merging with this road, this road all of you are holding so much light. You’re enabling this road to wake up, you’re enabling the people on this path to really come alive, you’re holding space for these people, you’re shining your light on these people so that they can start to feel that they have their own rights and mind, that they have their own freedom, that they can take back the power that they’ve always had it but they’ve lost it out here somewhere.

Thank you Lord Ashtar that was a great message brought through very exciting when it doesn’t look like much of anything is getting any better down here. It’s nice to know it is.

So i look forward to bringing through many more messages for all of you. I’m sending you such love such light and blessings.