A Message for Humanity | Lord Ashtar via Lynne Rondell 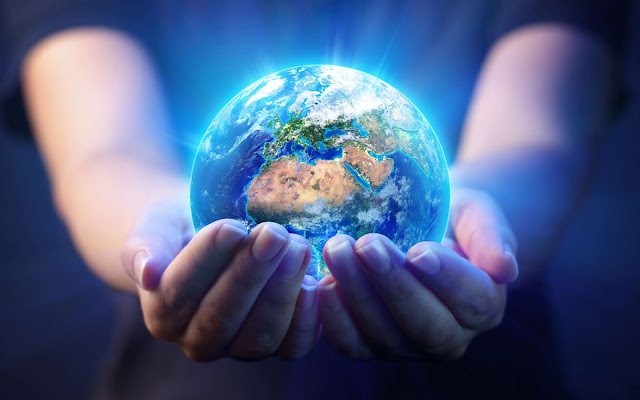 Hey it’s Lynne coming back to you today this Sunday with another channeling. This one’s going to be from Lord Ashtar and he’s just saying this is a message for humanity from all the galactic and angelic high councils of light.

Hello beloveds, it is our Lord Ashtar coming through this channeler again for the second time, the dark has stopped the last channeling.

So we’re going to try to bring through the same message again.

You have no idea the level of dark reign that’s been on your planet. You haven’t seen it as you don’t remember when you jump into this lifetime. You don’t know how to go back in your lifetimes and see what was on this planet before. We’re going to tell you there’s a lot of underworld dark, low realm dark.

The negative ETs have been here a very long time. It would be the annunaki, borg, reptilian and draconian that we’re mainly dealing with now for they have a sense of power on your planet. They seem to feel that it is their planet and they seem to feel that they have the right to still dominate all of you. They seem to feel as they’ve been down here controlling for a very long time that they don’t need to abide by the universal laws that were put in place for not only all of you, your auric field, your physical body and the soul level but the laws that were put in place for ETs coming to your planet.

Mother Earth meets with this channeler day in and day out they now speak because they’re up on the fifth dimension just verbally as she’s bringing this message through you. She’s very adamant today through this channeler to the angelic high kingdom that no dark be allowed on this planet and plane.

She wants all witches, sorcerers, demonic beings in human form, reptilian humans and all the underworld and all the negative ETs. She wants them off now. She’s very demanding in that sense as she’s tired of being in such a dark reign.

She wants to see that all of you are protected and safe. She set up a lot of her own laws and rules as well. She’s quite adamant and strict about what she does want. We in the higher collective of light and the angelic high kingdom, we do try to give her what she does want as she’s been through a lot and it’s taken 60 something years to actually make this ascension actually happen. So we are helping her as best that we can. This channeler is the liaison between her and the angelic high kingdoms and the joiner we’re going to say, the bridge between the galactic communities, the bridge between the angelic communities, the bridge between Mother Earth and the bridge as she is human for all of you.

So she’s been doing a lot of work lately, a lot of work to try to get the dark off and to try to ease the way for all of you to ascend. She sent down more truth energy coming for another week, she sent white light out for all of you for love of who you all are, for love of adjusting to send all the negative energy, the anger, the fear, the scaredness and all that is sort of bubbling up right now and she sent white light for all the different kingdoms as well.

You’re all ascending. There’s a lot of energy we’re going to say that needs to be purged so she helps with that as well and we want to bring through some backstory for all of you, we want to say how wonderfully you’re doing with your ascension, we want to let you know that it is going to be a little bit rocky for a few more months as the truth does come out, as there’s been a lot of deceit on your planet and plane but we’re with you, we’re sending you so much love and light, you have literally millions and millions of angels, you have millions and millions of high councils beings of light. We’re going to call them galactic beings of light.

We see what is ahead of you, we see that it is hard as you’ve lost your jobs, as you you’ve been held down, as money is tight, as there is sadness and pain on the planet and as so many of you don’t know what to make of what’s going on roll through this. You’ve got this, we’ve got your backs, we’re here with you, we’re sending you so much love and so much light.

A lot of you came from other planets, galaxies, star nations to be part of this journey. It’s a journey into love, it’s a journey back to your hearts, it’s a journey to one of peace in the end and fairness and unity for all. Please keep that in mind.

It’s going to get a little rockier, it’s going to be rocky till the end of December but could be very rocky until the end of January and into February as well and there’s a lot of tumultuous energies pulling up to the surface for you to be seen.

We are here, we are with you, this message is for all of you from all of us, we love you so very much, we have your backs. I know it is scary. We are giving our support to you emotionally and with our heart centers we are of service to all of you. We have been and will be for years to come.

We’re holding space, we’re making the space of light for all of you to really pull up, we’re working with Mother Earth as well and with this channeler for her healing. We love you, sending such love, such light and blessings.

Thank you Lord Ashtar, thank you for that wonderful message, love to all the galactic councils of light and to the angelic high kingdom. I hope this message resonates with all of you. They want to show all of you how much help and love we have, they want all of you out there to know you got this, it looks tough. I can see the back side of it, this stuff you have to roll through and you do have to be in your truth, in your heart and speak your truth when needed. We’re going to have to stand up and fight a little bit i think, we got this. This message i hope resonated with all of you. I’m sending you such love, i’m sending you such light and blessings.