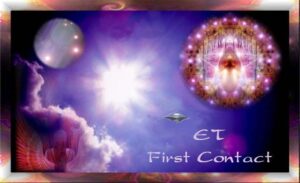 Your potential is such that with the right belief you can do anything that you put your mind to, and as you raise your vibrations so your potential increases. Positive thinking already works for you, and perhaps a typical example is self-healing. Again it is a question of self-belief and a positive approach to what it is you desire to achieve. In time you will become so successful at self-healing, that using your powers will become second nature. Naturally in groups it is increased exponentially, but even so it will only happen as long as the soul is free from karmic issues that may cause it to be blocked.

The world is going through a period of cleansing as outstanding karmic issues are cleared. The result is consistent problems that are not helped by the efforts of the dark Ones who try to impose their changes upon you. Their success is being limited by the Forces of Light who follow all activities taking place. You are soon to reach a point where their power to interfere with your lives will be prevented. Already they are experiencing limitations, and losing the power that convinced them they would be successful in completing controlling Humanity. It will not be allowed, and Mankind is gradually being released from their hold.

The most astonishing revelations are soon to be revealed to you that will help you adjust to the truth regarding your true destiny. Be assured you will be delighted to know what lies ahead for you, and every effort will be made to gently break the news to you. So many souls are still oblivious to what is going on around them, and in some instances would rather not learn the truth. They are frightened that it will change their lives when they are happy as they are. However, when the truth is gradually revealed it will soon become apparent to them that a happy future lies ahead. The changes will come quickly and free you from the continual pressure upon you to spend much of your time working. In reality you should have much more time to yourselves, and able to follow your own pursuits that give you happiness and are fulfilling. You are not meant to be slaves and have to work simply to exist. Eventually the necessities of life will be given to every soul, thereby allowing more time to be spent with your families and following your own interests.

As time passes you will be gradually introduced to the truth of your history, and the plans for your future. There will be a sudden spurt forward making up for lost opportunities to move into the New Age. Of importance is the appointment of people who can be trusted with the responsibility of taking charge. Such changes are well underway and ready to be implemented as soon as it is the right time, when those who would interfere are removed. The plan for you future has already been prepared and will lead you into the “promised land” where peace reigns and life is a joyful experience. You will not need to spend years and years making good all the damage of the past, and all will be restored in a very short time.

Your new lives will become so different to what you are familiar with now, and the changes will be most acceptable and give you much pleasure. As your vibrations are lifted your thoughts will be focussed upon permanent peace, and Humanity will become as one all with the same goals in mind. War and all things associated with it will become a thing of the past, and all of the negativity and constant warring will be gone for good. There will be no need or place in the future for weapons of war and all will be able to lead their lives peaceful co-existence. It will come to be in most of your lives and very soon you shall see the first moves in that direction.

People worry about their well- being but as the changes are introduced, you can be sure that your health will be at the forefront of our actions. New methods of treatment will be introduced that will do away with the surgeon’s knife and there are no after effects. Much will change that will bring you fully into the New Age with all of the benefits that come with it. Every aspect of your lives will eventually be uplifted so do not despair as all planned in advance for a speedy change over. The size of the tasks are of no concern as we have unlimited resources at our disposal. All necessary actions will be quickly completed with the least inconvenience to you.

In the near future the Forces of Light will find it safe to land openly on Earth, and when they do you will be helped and guided in your work. With our advanced methods problems will be solved in next to no time. Combustion engines will eventually become obsolete, if for no other reason that you will no longer need such wasteful and antiquated machinery. Pollution is of course another factor and it will be eliminated thus allowing you a more healthy existence. There are systems that allow for almost instantaneous travel that the dark Ones already use, but have kept to themselves. Be assured that in time you will enjoy all of the benefits of a modern Age, and it will be beyond your present imagination.

Knowing what is in store for the future should give you the confidence to tackle all present problems so that they are cleared once and for all. You have always been guided so as to take actions that are in the interests of you all. It has always been this way, as the Human Race as a whole has been destined to complete the cycle successfully. Previous ones have ended in disaster as your historical records show, and each time you have had to start a new one virtually from scratch. So you can give yourselves a pat on the back for finally having been successful. You have always been guided in the hope that you would achieve your goals, but the manner of completion has been down to you. The present state of conditions on Earth would hardly seem to indicate that you have been successful, but it is so as you will soon find out.

Everything seems to move at such a speed you feel that you have insufficient time to attend to all of your needs. You could view that as a good sign that the vibrations are continuing to uplift, and will gradually leave the lower ones behind. So you can look forward to a more positive period when all of the work being put in to bring more Light to Earth is successful. It is helping to awaken souls who have been held back by the lower energies, and give them help to rise up again, which is every soul’s destiny. Keep positive and firmly hold your vision of the future.