Quantum Gravity and the Solar Aspect of Self via Sandra Walter, March 29th 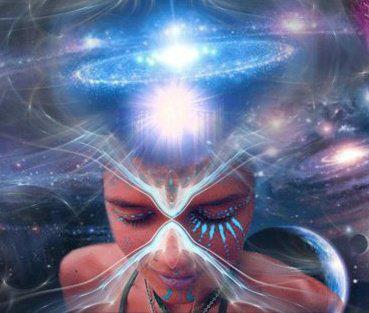 For many Souls who chose the path of crystalline/Solar Cosmic Christ consciousness, you store a fractal of your beingness within your local star – the Sun (Solaris).

A fractal of your light signature dwells within the Sun for safekeeping until the merge of dimensional levels (Higher and Lower Self) occurs. This maintains the intent of Christed embodiment; the Soul plants a possibility for your incarnational experience within that star system.

The Sun serves as a Gateway for an entire OverSoul group dedicated to this Divine Service of Planetary, Galactic, and Universal Ascension. As your progress intensifies, it becomes clear that your Ascension is not personal. It is an act of Divine Will, of Service to the (much) larger perspective.

This is how information is accessed; this is why we have spent the last few years receiving intel directly from the Solar beings and connecting with the Divine Team through the Sun. It is a source of purity, and as evidenced by the synchronized Solar and Galactic activity during the Gateways of the past, a quite reliable portal of information.

As you reunify the fractals of yourself reflected in the planetary consciousness (your journeys here; Solaris sees them as reflections, like holographic mirrors or a kaleidescope effect) with your higher aspects through the Ascension process, you experience reunification with Source. We begin to reflect the level of Christed service which the Sun provides.

Consistent, unwavering service to Divine Will. Many of you have had these visions or experiences of Solar beingness already; becoming a pure conduit for the higher realms. The Solar, Galactic Center, Great Central Sun or Self-as-Universe sensation. This is a clear indication that your Heart center – your personal fractalized version of the Solar beingness – is reconnecting with Source in a pure way.

By becoming a pure conduit of the Solar Light (Christ/Unity consciousness) you are able to transmit codes, light frequencies, harmonics and vibrations of the higher realms into the denser reality – altering the light of this world. (I AM the Light of this World is a great command to utilize during Ascension; take full responsibility for your creation.)

The Lower Self steps aside, the channel of the Ascension Column takes over, and your multilayered torus fields align to produce a walking model of the Solar system. After all of the struggle and persistence of the Ascension process, the experience of Solar consciousness begins to take over. It brings a level of unprecedented peace, harmony, love and neutrality that shifts the collective consciousness, which is why so many are engaged in the embodiment process at this time.

Becoming a Sun God, a representation of the Solar aspect of Source upon Gaia, is one of the final steps of Mastery. The Resurrection process, or rising from the dead (asleep) collective and merging with the Higher Self took on a new level through the eclipse-Easter Gateway. It can be physically and psychologically challenging.

Heart conditions, anxieties and ailments presented for many in the tribe – again. Those December visions of so many leaving the body this year continue to unfold. Understand that we are experiencing evolution at an incredibly rapid pace; one incarnation is not a lot of time to completely transmute a body vehicle into a brand new form.

We’re accomplishing the impossible, but we need to take care of the physical, and use our Ascension tools and practices, to stay calm, centered, and healthy. Take care. Remember the Light Tribe is responsible for holding the peace, the LoveLight, the stability as the polarities intensify with these waves.

As the magnetics which held the old reality re-creation in place drop away at an accelerated rate, we will begin to experience changes occurring in gravity. Many of you feel this; the vertigo, the spinny sensations as the ancient Solar Gateways pop open all over the planet – and within the HUman heart grid.

We’re using every willing Soul available, Beloveds. Apologies if you get flattened on a few days as the body adjusts. Coach your body through it, balance your circuits, keep those meridians and fields flowing.

Obviously the fifth/sixth dimensional Gaia is much less dense. You’ve probably visited that realm by now. The torus field which holds that reality in place has different magnetics than what we are accustomed to.

This is why we work with our personal torus fields, so that the gravitational changes – Gaia’s new energy field and crystalline grid system – don’t wreak havoc on your body vehicle and lower consciousness during the transitional phase (right now).

It holds things in place – not in a fixed way (nothing is static) but through an energetic which is in direct connection to the Divine will or flow of Source. The Universal rewrite send the command for a new creation through this energy field – quantum gravity – to re-create or reorganize existing creations into a new form.

According to the Divine Team, this ripple or wave of quantum gravity affects the Sun’s gravitational fields, which in turn affects how the Sun interprets information, which in turn affects how our hearts and Gaia interpret reality. This message on quantum gravity arrived last October, with a reminder to watch the Sun for gravitational changes in 2016. It is already in progress.

As the Sun changes the parameters for our reality, so does Gaia. Apparently this is why polarization and (pointless) drama is so intensified at the moment. Simultaneously, the Light Tribe is experiencing embodiment in a vivid, lucid, and remarkable way. (We have exceeded expectations, Beloveds.) Our new Sunrise is breaking, lifting us out of a crumbling reality which no longer matches our vibration, into the resonance of a new field of creation.

This gravitational force of Source carries Divine Will and the loving embrace of Mother Creator. By honoring it, we re-embody our awareness of the interconnectedness of all beings and return to unity consciousness. Vibration = Vibration. Mastery is not about control; align with the Solar consciousness within and around you, and let it do the work.

The Trajectory is Accelerating

Feel the microcosm, the fractal effect in your Solar heart center. The implosion and explosion of Ascension. For a long while it was drawing inward, inward, inward, taking the information back to Source. Then, the explosion stage begins; the expansion, rising, lifting of this gravitational and dimensional shift. The Solar light pushing outward, becoming more intense, just as the Sun is becoming more intense.

As above, so below. Notice the lucidity of your dreams, the stronger visions, the wisdom of the unified journey stepping forth. Step fully into your new service work as we emerge from the Resurrection phase in April. It is a strong month of personal and collective clarity during this year of Revelation. I Love You, I Bless You, I Thank You.

In Love, Light and Service,
Sandra

“Quantum Gravity and the Solar Aspect of Self,” by Sandra Walter, March 29, 2016, at https://www.sandrawalter.com/quantum-gravity-and-the-solar-aspect-of-self/