Starseed Syndrome: Learning to have Compassion for Yourself via Sharon Stewart, February 14th, 2020 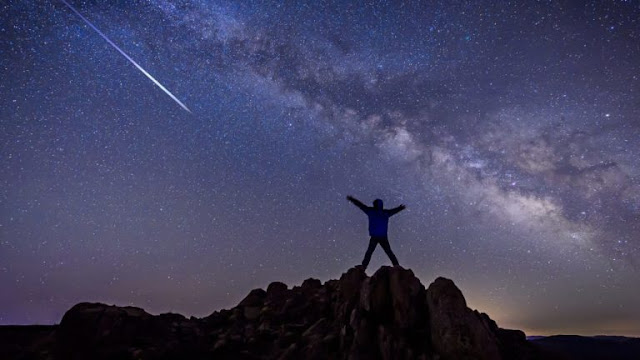 Starseed Syndrome: Learning to have Compassion for Yourself | Sharon Stewart

Starseed Syndrome: Learning to Have Compassion for Yourself

Starseeds and lightworkers have come here to earth to help earth in her Ascension. They’re not a new innovation because they have been incarnating on earth for a long time, steering the people of this planet towards higher consciousness. In duality, there’s a positive side and a negative side to being a starseed/lightworker. The negative side is that you can feel different from others on this planet, like an outsider. This can lead to a whole host of difficulties as you traverse this lifetime towards self awareness.

You learn to reject yourself because you feel different from everyone else. It starts at a very young age before you can develop any conscious understanding of what you’re doing. If you come from a dysfunctional family, this habit of self rejection can become a disproportionate problem which keeps you from alignment with your soul.

– You have a pervasive sense that there’s something wrong with you
– Why don’t you fit in, why are you different?
– Why do you see things differently, why do you feel different?
– What’s the matter with everyone else? Why can’t they see it my way?
– Why do people love everything and you have a problem with it?
– Why are you bored with others?
– Why do people do that? Don’t they know better?
– Why can’t you behave like other people?
– This leads to an inferiority complex
– Empaths who are unconscious are particularly at risk of feeling different because they are sensing the emotions of those who are disguising them at surface level. Often life experiences are incongruent – the inside doesn’t match the outside and people are perplexing to you
– Having been born into a dysfunctional family only exacerbates the feeling of being different; it really takes on a context of being “flawed” rather than different
– People tell you you’re weird or different, never admirable
– You tend to stay alone rather than with others, you get labeled as anti-social
– You get bored a lot
– You learn to fear people who bring out this feeling of being abnormal (arguers, instigators, perpetrators), you fear their reaction to you because you see it as further proof of your strangeness and inability to cope or to fit in
– Instances of rejection by others fuel your self rejection complex- you think “all these people can’t be wrong about me!” because you keep getting the same reactions from different people. You don’t understand that these reactions are prompts to change brought on by universal law, not evidence of the undeniable truth of your being flawed.
– Feeling of needing to fit in, while all the while fighting the desire NOT to fit in, you become conflicted. This can make you appear to be indecisive, which prompts more negative reaction towards you so you become secretive and alienate others
– You become very hard on yourself, all the while trying to fit some standard that you’re not interested in anyway
– You become confused. Life perplexes you because you need to understand yourself in order to understand how you see it.
– Your outer appearance is a mask to cover up your inner experience.

Not understanding who you really are and where you’ve come from, you may find all sorts of other explanations for why you feel different. As a child, I reasoned that it was because I was tall. Later on I felt different because I was overweight. My somewhat ample nose also supplied an excuse, it must’ve been because of that. Thinking primarily as a physical being, you tend to blame your physicality for your feeling of being different and the self rejection you are perpetrating upon yourself. This can have further ramifications later on as you develop a poor body image and possible eating disorders.

Or maybe it was because the other kids were good at gym class and I frankly couldn’t stand it? I didn’t like volleyball. I didn’t get picked until the end of the team formation either; these types of events only added to the self rejection. You take every slight as further evidence of your strangeness. You rationalize everything as further evidence to support your case against yourself. You beat on yourself because you can’t appear to fit into the standard – you’re not athletic, or you’re not intellectual, or you’re not pretty or handsome, or you’re not musically inclined. Anything you can’t manage to look even passable at, your ego will hound you for failing at.

When we begin to develop telepathically, when we begin to understand we see things others can’t, when we begin to understand that we live in a world that others don’t comprehend and worse, one that they think is imaginary or foolish, this can add to the self rejection. When it became apparent I had psychic abilities as a teenager, that was another thing that made me different and set me up to further reject myself. As a teenager, I wanted desperately to fit in but hung out with the “out” crowd because that’s how I felt – like an outsider.

Understand that your attempts to fit in tend to repress your budding multidimensional abilities and slow down your Awakening. Not accepting what you are capable of inhibit these abilities. You are literally in a battle between wanting to fit in to your earth life and blooming into the starseed/lightworker you were born to be.

I sensed that being different would not help me in future. I feared being different but I was fearing my destiny. I saw one girl after the next get picked as desirable by guys in school while I stood there, waiting for once to be the belle of the ball. I was a very shy person growing up.

I kept looking for places for misfits to hang out at, wanting to socialize with people like myself. That was until I discovered alcohol. Inhibitions left me as I further revealed my superficial mask. I became the life of the party. I’m now 20 years sober.

Having studied spirituality later on in my 20’s, I attracted attention as being somewhat of an expert. I was welcomed for my knowledge in this area. This was a relief because whatever it was that I had done in the past nobody else seemed to be interested in. I always had to bend to their will and do as they were doing, and in so doing, I lost whatever sense of self I had. I was fated either to bending to their will to appear normal or striking out on my own to attend spiritualist churches, lectures by astral travelers and seminars by animal communicators. I was alone. Nobody I knew wanted to talk to their cats.

Starseed Syndrome will morph into all kinds of false ideas about yourself because you don’t understand why you feel different. This trait you have of being self rejecting will come out whenever you’re at odds with life on earth and it will take flight like the Goodyear blimp on helium whenever you feel rejected by anyone. It can morph into self hatred for any number of reasons, with the fact that you’re inexplicably different from others on earth as being the core reason.

Nip it in the bud now. Understand yourself and love yourself for all the wonderful things you’ve chosen to come here to do. List them if you have to. Look back to all the times you helped a blind lady cross the street, helped a blind man in the subway and rescued a cat. Write them all down. Read about other lightworkers doing great work and understand you’re like them.

Which brings me to the last point I need to make about Starseed Syndrome. Until you learn to have compassion for the bright spark of light that volunteered to be born here on earth, to help an entire race of people survive an extinction event, until you feel with your heart for that beautiful spark of life, you will continue not to accept yourself every time you have a fall-out with another earthling. All those old voices of “You’re weird,” “What is wrong with you?” “Why can’t you get along with anyone?” “People hate you!” will continue to haunt you.

And the dark will continue to send its minions your way, just to keep reminding you.

Starseed Syndrome has to be healed. This lack of self acceptance has to be met with compassion for a change. You’re a beautiful being who has sacrificed much to come to earth to help those who are mean to you. That’s an incredible act of love and courage.

Keep telling yourself the truth of who you are every time the dark sends a minion to anger you, upset your life, go into battle with you. Refuse to fight these little skirmishes. There are bigger fish to fry.

You ARE different and it’s because you’re different that this world will thrive again. It’s because you’re different that the Light is shining on this world once more. When you learn to embrace the positive things about yourself and understand that the negative things are ideas you surmised out of ignorance at a time in your life when you were developing and didn’t know any better, you can then let them go.

Understand what you’ve come here to do, have compassion for yourself and learn to validate yourself and your multi-dimensional experiences in a world where few will.

Many of us choose the path to the Light through negativity for the reason that it must be healed in the collective. Understanding this about yourself will help in your healing and of others’.