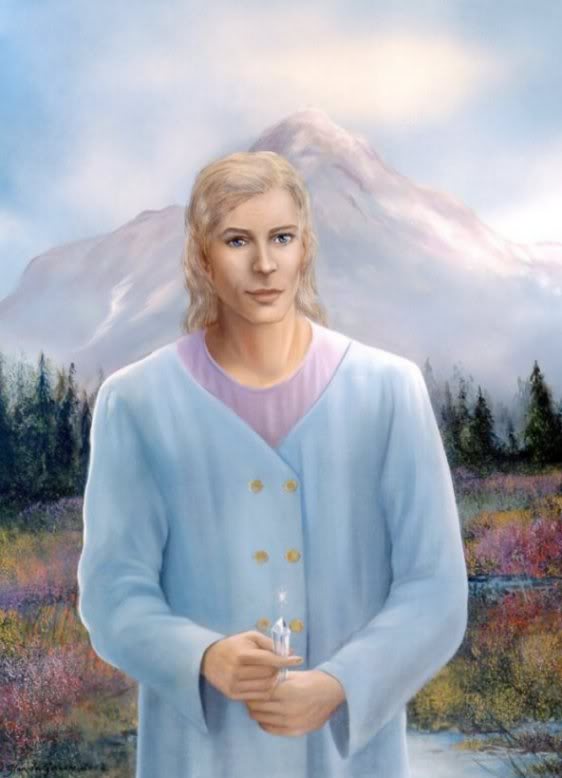 Adama of Telos: All life needs peace for evolution to take place. Without peace, species just struggle for survival, and never have “time” to add to the strength and wisdom that they have accumulated.

Me: I read this in a book written about Telos and I’d like you to expand on this please, Adama. First of all, maybe by telling us when the Agarthans figured this out?

Adama: Of course, Sharon. Thank you for asking me. As you may know the Agarthans, which includes the Telosians, were initially Lemurians, who came to your planet from other races in the galaxy.

Adama: The Lyrans were one race, Sirians were another, even some from Orion but we were particularly species who were of higher feminine capacity than was prevalent on our planet at the time. We were a peaceful race, and yet were overcome by the dark masculine Atlanteans. We fled into the inner earth in order to resume our non-warring way of life there, and although we have ventured out to the outer earth from time to time, we remain inside the planet as a means of protecting ourselves from your warring ways.

Me: Do you ever plan to merge with our people again?

Adama: In fact we will. We are all One: The earthling. And our karma is interlinked. As we all live upon this planet, it is our collective job to create balance.

Me: Hmmm. So us outsiders haven’t been doing our job well.

Adama: No, you haven’t, so what in fact we’re to do is to teach you in the future. Yes, you’ll have help from otherworldly species but in your infancy the Telosions will seem as alien to you as these other non-warring species will.

As for the statement I made, I made it because it’s the truth. War is about destruction and death. In order to evolve, one must have life, so in life there requires peace, otherwise the collective vibration will be that of survival. That is the frequency of your collective now: survival. And that’s why you still war with each other, and feel that it’s required.

When in fact you have your full spectrum of light frequencies back on the outer earth, you’ll see more clearly what I mean, and you’ll be able to comply.

It’s your imbalanced frequencies that you’re interacting with that has created this imbalance, and of course with the Atlanteans still upon your planet, wreaking havoc in your minds, your world is still in imbalance.

Me: Interesting. You see them as Atlanteans.

Adama: Yes, that’s what we call them. You see Atlanteans as benevolent beings but in fact it was the invasion of Atlantis by warring parties from space that created the imbalance there, and all was either cognized or there was refusal to comply and many left the island before it finally sank. Atlanteans are the mixed bag as you call it. Lemurians were always peaceful, and of course the minds that prevailed at the time in Atlantis saw our way of life as being inferior so they invaded our paradise as well.

Me: I keep wondering why all these old islands are sunken?

Adama: Yes. Sadly, it is possible to sink a landmass on outer earth. There is no core that attaches to the other side of the world. Your land masses are more fragile than you believe. Again, Sharon, it has to do with balance. When one land mass sinks, another arises.

Me: Well, we’ve got two coming back up so that mean something is going to sink?

Adama: You will lose land in the coming years. Earth’s face will change again.

Adama: The water will rise. It will be displaced by the mass of the land arising. This is simply the way outer earth works. Gaia is always working to restore ideal conditions on the planet. When the land masses are too damaged, she simply shifts them so that some arise and some fall again. You’re well aware there is many sunken cities beneath the ocean levels now.

Adama: Change is just the way the planet works.

Me: Do you have that in inner earth?

Adama: Not like this. We’re not on the crust. It’s more stable at the core.

Me: Interesting. So we’re in a great time of change now?

Adama: Yes, the end of an age, the Age of Pisces. Now with renewed energies reaching her shores again, Gaia can resume her more natural cycles.

Adama: It is interesting. I will go now. You have no more questions and I don’t wish to fatigue you. Thank you for letting me speak to your people.

Me: You’re welcome. I’m trying to do more but ascension can be really debilitating at times.

Adama: I bid you adieu.

Me: Question: Do you see what’s going on on the surface now with respect to the takeover of the Light of the American government and how people are reacting to this all over the world?

Adama: Indeed they are. At this point in history (April 2020) what you have is one of your major world governments indeed showing promise, however this government is split into two factions. With your deep state functioning before, your government was at least working as a solitary unit, albeit with many politicians feeling ignored or threatened I dare say, for doing their jobs as they felt best. Your government under the cabal has been a mafia-like system where intimidation of others to keep them in line was constantly practised.

Me: I always wonder what the real story is behind Gabrielle Gifford and why she was shot in the head at some kind of a public speech she was holding. I’ve never forgotten this and it’s always intrigued me. I’m sure at some point I’ll find out. Anyway….

Adama: Yes, in fact this is what I’m speaking about. Now what you have is a double-sided American government where one side cannot touch the president. He is well protected and his whereabouts kept quiet when he’s not in office, for many reasons. But he is under extraterrestrial guard as well.

Adama: As for your question, what I see is that when the government is split in two, so shall the people be.

Me: Well, that was always the case before, too, with the opposition party opposing the party in power.

Adama: But now both parties are trying to assume power, whether legally or not. The rules have changed if you haven’t noticed.

Me: True. So you said that peace was necessary otherwise evolution wouldn’t happen. We’re far but peaceful right now but we’re changing almost daily. People have the issue of globalism right in their faces with this pandemic and because the entire world has been asked to stay home, it’s an issue that’s affecting us as a whole world. But there’s no peace. People certainly aren’t peaceful. Some are really getting angry with this as they’re stuck at home.

Adama: They are. You’re in a state of change right now and the people are working out their inner issues with respect to some very basic subjects, such as being controlled and dominated. In order for peace to ensue, these issues must be made public and this is happening now. There will be more, don’t worry. This unrest isn’t over yet. You’re still in the process of having the truth revealed to you and that will be unsettling. War may break out or it might not. It depends on how it’s dealt with.

Yes, I hear you. There is war being declared on the people in the way of these viruses, the violation of your rights and restriction of your travel. However this has always been there. You realize that unless you have the necessary paperwork, you can’t even cross the border you live a mile away from.

Adama: So these issues are coming out in the general public, and being realized and dealt with. People are getting in touch with the feelings that have been suppressed within themselves for so long due to mind control. They’re being galvanized and forming into a group consciousness or resisters. This may lead to rioting or even civil war, or it might not.

There are those already aware who are at peace with this process because they’ve been through this personal process already and are beyond it. It’s their job to help calm those who are still in it. That’s one reason the lightworker has come to earth – to be of help in this way.

Me: True. I still don’t see this as being peaceful. But I still believe it’s leading somewhere.

Adama: At the moment, it’s peaceful enough. There are fewer wars on outer earth now than there have been in a long time. People need to deal with their feelings around the current restrictions and since they’re at home they’re not able to fight with each other.

Adama: I see it all coming to good eventually. We look forward to your showing some real progress in the next ten years or so.

Adama: GESARA will be put into action, and all governments aligned. Any deep state agencies such as the United Nations will either be repurposed or disbanded. With the implementation of the St Germaine funds, people will get over their scarcity problems. We feel the higher vibrations already coming from the surface. It has changed and it has gotten more loving.

Me: That’s good. You never really can tell sitting on your couch.

Adama: There are many people helping their neighbours, strangers, the homeless and the sick. You see that. Either it’s their job to do so, or they’re doing it of free will. You’ll see more and more of this. Yes, people are angry as well, but anger can be a call to action.

Your governments are aware they’re sitting on a hot situation right now and they’re dealing with it as best they can. Unfortunately, certain parties are still allowed to make public decrees that are intended to constrain or even make sick or kill others on the surface, and these people you need to be aware of. Understand that your governments are working towards GESARA compliance and that they’re aware of what’s being said. They have staff reading the papers and watching the News, as well as plants in the opposition parties who report back to the councils, so appropriate action is taken as needed.

Me: Thank you Adama.

Adama: Not to worry, viewers, you will get over this. Your world will change. Waking up billions of people to the truth of their lives has to be done slowly and carefully.