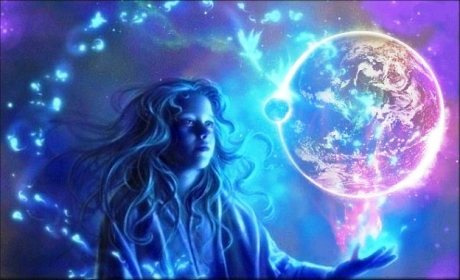 Ashtar:“You Are Here Now, Where You’re Needed Most!”

“Greetings, Beloved Family!  We are in such Joy to be here with you!  And so much wondrous news is breaking in all directions. So enjoy it, savor it and pass it on.I am observing that sometimes an obvious fact escapes, at least for these two messengers here.*  So I shall say that of course, we are all Faction 3, including these four.**  But I shall say also that you are all invited to become messengers of Faction 3 by spreading what you hear in the presentations of these four.  It is that you are joined in many ways anyway, as fellow Beings of Light, or you could say ‘Lightworkers.’

“And if you are drawn to Ashtar On The Road, you have presence in the Ashtar Command.  Or you may be an angel or a member of another Higher Dimensional kingdom.  And you all have starseed genetics in you.  There is not one of you who does not!  And so you can see it is only natural that you join in the Mission.  Nothing could be more natural, in fact.

“And so we thank you for listening to all of this, for taking it in to your own Hearts and for your considerations on how you can expand it further, because this is your moment!  We know, we know -some of you have been waiting for this moment all of your lifetimes; some of you came into awareness in the early 1990’s.  And it matters not if you just woke up this morning with the informational inspiration. It is that you’re here now where you’re needed most, when you have the greatest opportunity to make this difference that we’re talking about, to bring Planet Earth into the Light and so far into Ascension that it becomes the Lifestyle!

“You have heard us talk and give many descriptions of the Golden Age.  And it’s all true, and more, because the Golden Age is about you and what you have ahead of you, each one of you.  You could say you each have a Golden Path in front of you!  Now, exactly where you guide yourselves individually to go on that Path, or shall we say, where you direct your Path to take you, that’s up to you.

“But we can assure you that you all are looking at the Golden Age – entering into the Golden Age and enjoying its benefits and the Ascension that you will be that much more prepared for – once you come through that doorway, because you will be without all of the kinds of stressful programs and life-threatening agendas that have heretofore been so challenging to you in the third dimension!  As we like to say, borrowing one of our favorite expressions from you, ‘It’s over, Rover!’And now we are moving together, just like an Explorer, just like a Rover Explorer into new territory.

“But the good news is that we’re already here when we are up in this Higher Perspective, which we invite you to join us in, and which is, of course, a place of permanent residence for you already – part of you – and all of you is simply going to move up to be reunited in a way, in a sense.  I’m saying that this is another way of describing Ascension!!!

“So why not bring yourselves into it and expand your visions? We’re not talking about what it mightbe, what the atmosphere might hold for you, or what Planet Earth mightbelike in the Golden Age.  I’m telling you this is the reality of what Planet Earth already is, and all we’re asking you to do is spread the good news and assist everyone in uplifting into it, because that’s where reality is!

“I have been fond at times of telling stories.  They*** call it ‘talking story.’  And it often times relates to ancestors and wisdoms and lessons of the past that I bring forward into the now moment of our Gatherings.  Well, here’s a dandy one:

“Some of you might be old enough in Earth-type years to remember old cartoons.  You had a villain who wore a top hat and had a dark, curled-up-at-the-ends moustache.  Oh, that was one who goes way back – his name was Poison Zumack.  These were cartoon characters, but they also did plays, presentations upon a stage, a real stage with real actors.  And there was always a hero and, oh, someone who needed to be rescued, most often a female – because of course, the stereotype was always that there was a female who needed to be rescued, they being the ‘weaker ones,’ you know.  Of course, I’m presenting the picture; I’m not speaking the Truth about that concept!

“And so here was this stage, and the villain was just ranting his stuff and threatening, and everyone was cowering.  And then all of a sudden, from off of the stage came this big, long staff, or stick.  It was a shepherd’s crook really, and it had a hook on the end.  And rather unceremoniously and in the blink of an eye, the shepherd’s crook found the villain on the stage, engaged him in it – in other words, really imprisoned him within the crook – and then with a mighty tug, the villain was pulled off the stage! He was taken off the stage by means of the shepherd’s crook, or staff. That’s the whole of the play, because at the other end of that staff, somebody was causing that action to take place.  And, of course, the audience cheered and everyone on the stage came out and took a bow and so on and so on.

What am I talking about is like what is happening right now on Planet Earth.  The villains, well, I call them the ‘dark hats,’ – I have called them ‘the naughties,’ that being short for illuminati, but that’s a bit judgmental – I’ll just leave it at ‘dark hats.’  And they are literally being removed from the stage!!!

“Now, it may not seem to you like it’s in an instant, particularly those of you who have been waiting for these events for so many years, as you measure years.  To us it’s not even a blink of an eye.  But nevertheless, we do understand the human perspective of it, and we understand that you are ready and you want the Golden Age to begin in the reality of Planet Earth, in whatever levels of dimensionality people find themselves.  And so the Golden Age needs to reach into the third dimension, or what is left of it, and re-form**** those parts of the third dimension that want to stick, hang around, not be let go of.  I’m talking about the programs that have been the controlling programs.  And, of course, those who have been, let’s just say, publicizing and enforcing those programs don’t want to leave, so they may argue a bit.  Nevertheless, who’s got the other end of that shepherd’s staff, anyway?!

“And, we’re there with you, of course.  But the ones who are really in charge of getting this done are YOU, Beloved Ones, and all of the Lightworkers of Humanity.  We’re here, we’re mitigating, we’re doing everything that we can do on all our levels of communication.  You come up to the ship all the time, you know, and we confer with you!  We plan, we organize, we carry out missions, and sometimes they are missions to undo the most grievous of the damages that have been done by those who are having their last round of actions and expressions in a futile attempt to hang on!  But when we tell you that you’re in charge, we’re not talking about the exact date.We’re talking about getting it done sooner rather than later!

“So join with these ones!**  Join with us!  Step right up – spread the word -get it out there!  Be the messengers and let the good times – the Golden Age – open its doors so wide that everyone, absolutely everyone, can enter into it!  Yes, even your neighbor – who may not know anything about what’s coming – is going to enjoy hearing that good things are coming from you!

“Times have changed considerably even in these last few weeks, as you measure time.  And we are preparing for a Solstice event which is going to be quite awakening!  But what you can do between now and that date on your calendar is preparation – inwardly and outwardly.  Contemplate what more you might be able to do.  Signing those petitions***** is a grand start and really won’t take that much of your time or energy – and what can you do beyond that???

“We beseech you, Beloved Family, and we invite you to pay this Light forward in all of your thoughts and your words and your actions!  Everyone wins ultimately, even the ones who are losing the control that they have had.  There are no losers, so remember that you are already members of what you might want to consider to be the ‘winning team,’ because this is ordained and because it is foretold and because this is the destiny, the destination of Planet Earth which you have called forward!!! Now, we only ask that you energize it that much more, so that together, we get it done in the soonest possible number of moments as you measure time!

“We thank you for listening, for being here with us, for all that you have done, and for all that you are about to do.  You are truly Divine and most precious Brothers and Sisters all here gathered in the Oneness of the Love We Are!  And so it is. Salut!”
*       Susan and Fran
**      Referring to Tara and Rama’s Report (the four are Susan, Fran, Tara and  Rama)  The transcript will be published.  (Link to call recording)
***     Hawaiians
****   Referring to the R (Reformation) in N.E.S.A.R.A.
*****  https://petitions.moveon.org/sign/declare-september-11?source=c.em.mt&r_by=15743930
https://petitions.moveon.org/sign/nesara-1
https://www.ashtarontheroad.com/ashtar-where-youre-needed-most.html
Transcription by Marta.
Given through Susan Leland, June 14, 2016. www.AshtarontheRoad.com
© Ashtar On The Road Publications 2004-2016. All rights reserved; however, this is a gift to all of us and it may be distributed freely on condition that all accreditation is acknowledged and that no part is altered or deleted.