Today is the 20th of March, 2016. Will Berlinghof is the Voice of Cosmic Awareness, Callista is energizer and questioner. Welcome Awareness, do you have a public message at all for this time please?

That this Awareness does have a public message for this crucial and critical time. It will start rather than in this moment of time to a time five days ago, to that date of March 15th, that which is also known as the Ides of March. That several weeks ago this Awareness did suggest that an event might occur on the 15th of March, that would have great significance and be part of that which would be a false flag event hosted by the powers-that-were as they struggle to continue to manipulate and control events on this planet. That in the meantime after that which was shared by this Awareness, events occurred of such a nature that those who were planning on carrying out this false flag event were exposed in their intent and, as a result, they did not proceed as planned.

That the false flag event was meant to involve a holographic arrival of extraterrestrial beings that were meant to shake the essence of humanity to the core as a new reality was introduced with the proposal that these ones were here to assist humanity. Included in this would be the arrival of one who would represent himself as the true Messiah, of the true faith and the faithful ones, who have been awaiting the Second Coming. That this plan did not occur, not only however for the reason of exposure of these plans through this Awareness and other sources, but for another very important event that this Awareness will now discuss.

That there is that which is known by many as planet Nibiru, that is entering into the solar system and that there are those who have observed this who have taken pictures, long distance pictures, of this planet that has entered into the far reaches of the solar system, and that has been progressing forward to planet Earth. That there are those contained in Nibiru that have historically been known as the Anunnaki, the Anunnaki are ones who are a combination of races but in particular the Orion race and the Reptilian race and that the Anunnaki are a combined race now. That these ones have been moving towards planet Earth steadily, but that an event occurred just before 15th of March, the Ides of March, that has altered things considerably. That event was that these ones and Nibiru itself has been stopped in its tracks, whereas their initial plans and the plans of the powers-that-were was to bring in the false Messiah which would be followed up by the arrival of the home planet Nibiru that would then convince humanity to become followers of the true Messiah and the true chosen people. That this has now been halted, that there are those forces of Spirit, those that some call the benevolent ones or the benevolents that have halted Nibiru in its tracks.

That the one known as Alex Collier has recently brought this to the attention of those who are followers of his webinar. In this webinar he explained how there have been films taken, footage taken of an explosion that occurred in front of this mysterious planet, that some scientists have recently identified as planet nine or the ninth planet.

This of course is because many astronomers, both professional astronomers and amateur astronomers, are able to see this planet now and have taken film of it, taken pictures of it. That this is that which is actually Nibiru and as this Awareness said, that there have been films of it where there was an explosion that occurred in front of the planet, that brought it to a halt, that Alex Collier has suggested and this Awareness confirms that which he has spoken.

That this is monumental in nature for Nibiruwas connected to the false flag event of an alien arrival and even that plan of an alien attack that the Messiah extraterrestrial or ET Messiah would have halted while bringing peace and stability to the planet or at least this is how it would have been presented to bring many under the umbrella of deception that in actuality would have been played out on humanity. That the stopping of Nibiru has made it so that they could not carry out this plan quite as anticipated or expected and it was crucial to their plans. Therefore it was not only the exposure of these plans which made them uncomfortable and prevented this event from occurring but also this extraordinary event of that which is planet Nibiru, that which some call the ninth planet being stopped in its tracks.

That further to the plans, that it was the intent and plan that Nibiru would come close to this planet, this planet Earth, and create tremendous chaos and destruction because of its greater mass. Now that it has been stopped in its tracks, the forward motion of the Earth into a position around the Sun, behind the Sun can occur, and that this would effectively remove Earth from the path of destruction that it was consigned to as the planet Nibiru approached. The stopping of this planet has arrested that plan and at this point there is speculation of how long this seizure will take place or how long it will last and that this is yet up for speculation, but that this Awareness would say as It has recently said, that the original plan will not come to fruition, and that it will perhaps be one to two years before the planet is released, so that it can do no harm to planet Earth or the inhabitants of planet Earth.

That this has been a review of the circumstances around Nibiru, and why it at this time is not a threat and why those in power did not move forward with their plans. Quite literally the reinforcements did not show up and would not show up in time and that this has forced them now to make alternate arrangements, to come up with another plan.

Unfortunately there is another plan, there are several other plans yet that they are proposing to carry out. It is crucial to their plans at this time to move forward because of the energies that are now beginning on this planet. While this Awareness spoke of the 15th of March as a probable date several weeks ago, what this Awareness also spoke of is how it is at this time with the event of the Spring Equinox or the Fall Equinox in the southern hemisphere and the Lunar Eclipse that will happen in a few days, how these energies will trigger a period of time of intense energies, of out of the box energies, that could be used both for good or ill.

Those who have a dark agenda would indeed use these energies to propel their plans forward, even their extreme plans which could cost the lives of thousands and even hundreds of thousands. This Awareness will not speculate as to exactly what will occur for It does not wish to energize in the minds of those who might hear this message any specific event, but this Awareness does say please be prepared for an event or events using the energies of this time by those who are trying to maintain their power and promote their agendas. That these will be false flag events and even if it seems that the enemy is clear as to who did what, do not be deceived by that which is presented to you through the local media or on the world’s press lines. That the leaders may speak up and suggest that actions must now be taken, that a unified force must come together against a common enemy. But remember this: that this is in service to their plans of creating a situation where that which is their agenda, which is that which is known as the New World Order plan can be fulfilled. It is still their purpose and their goal to create the one world government, to create the one world religion, the one world economy, the one world culture, but this is not for the benefit of humanity, this is for their benefit and as they know that at this time it is a period of intense energy that could promote their agenda, they are moving forward even if one of their plans has now been delayed, they live in complete arrogant faith that they will achieve their goals.

This Awareness denies this, this Awareness speaks out that this will not occur no matter how they push their agenda. That this is important for all to remember, for in this time you too, you the individual have the opportunity for your own personal growth and development, to explode out of the box, to rip apart that which was the net of enslavement around you and that has been woven tight over thousands of years.

That at this time as these energies present themselves and offer a challenge to you the individual, do not shy from the challenge, do not retreat back into your shells of ignorance and the lack of responsibility but rather step boldly forward. Find that space within, to know that you are much more than ever you have been told you are and that those who have put themselves forward as the powers that be are indeed the powers that were and that even if they try to manipulate events, that you see it with open eyes and with a clarity that you have never before seen such events with and that as you recognize the deception and the travesties that are being put out and put forward, that you also recognize that you have the capacity and power to change this all, to be the one that changes for yourself that which is the perception of reality, away from that which has so long been presented, to that which is an greater harmony with the spiritual truth and spiritual awareness that this time is critical, and in this critical time is great opportunity to advance, to grow, to expand in your own comprehension and awareness, to awaken to a new truth and a new reality and a new way of things.

Unfortunately it is also a time where one can be drawn deep into the deception and con because one is not willing to step forward, to open one’s eyes and to be active in the pursuit of change, personal change, national change, global change.

What is of the greatest importance however is to remember that that which governments present, that which is promoted as acts of terrorists or aliens or others, is not what it seems to be. Accusations against other nations such as Russia as being the evil empire, the enemy, are being put out and put forward to evoke sentiment against Russia and to support plans to go to war with them.

All of these are distinct possibilities and this Awareness again will not elaborate or predict any one event or several events, but it leaves it up to each individual to be aware, to understand that you the individual are also the one can change things by not buying in, by understanding and trusting and believing that you are stepping into your own greater power and that this is in alignment with forces of Spirit that are entering very strongly at this time.

This Awareness is complete. 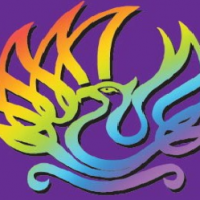