Healing the the Masculine and Feminine Shadow by Matt Kahn, February 6th, 2018 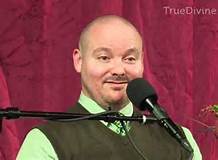 After an extended break from posting these written transmissions, today I felt the nudge from Spirit to share some of the overarching themes of healing that are occurring in so many of us right now.

When speaking of feminine and masculine energies, I am not necessarily referring to gender, but identifying the two basic polarities within each human being, as well as the two interconnected roles that play out in relationships, whether between lovers, parents and children, or even in our circle of friends. The masculine represents the mind or wisdom center of the Universe, while the feminine represents the heart or the creative and emotional center of the Universe. As the masculine and feminine aspects are transformed from shadow into divine aspects, the mind and heart merge together to ignite the spark of awakened heart-centered consciousness.

Currently the feminine and masculine aspects are steeped in crucial stages of healing as they transform from shadow aspects into divine counterparts of the one eternal soul. In order to be transformed into the divine feminine and divine masculine, the shadow of each aspect must be healed to completion. We are currently experiencing the healing of the masculine and feminine shadows, both as the two sides of polarity within each person, as well as the dynamics playing out within relationships.

As the masculine mind comes clean to coercing, dominating, abusing, or manipulating the innocence of the feminine heart, the masculine shadow begins its process of being reformed by a path of self-forgiveness.

For those at this stage of integration, the best course of action is transparency. Instead of waiting for a publicity witch hunt to trace your most regrettable actions, now is the time for the masculine mind to confess its most unsavory behavior.

Even if knowing better now than before, the way in which we truly demonstrate having learned from our past mishaps is by clearing the air with those we affected, no matter the risk or cost. Whether anyone else offers you forgiveness or not, just by admitting the limitations of your behavior and acknowledging the negative affect it potentially had on someone else’s livelihood, we are taking a bold step in the direction of self-forgiveness to assist the masculine shadow in being redeemed instead of ridiculed.

At this stage, you have done a certain amount of your inner work and may even embody the qualities of the divine masculine. While completion of stage 1 is expressing the divine masculine through the words and actions of personal responsibility, stage 2 can be a bit more precarious. It is because throughout stage 2, the masculine is no longer healing their personal masculine shadow, but holding space to help heal the shadow of the feminine archetype throughout the play of personal relationships.
This means that an awakening divine masculine is often put in a position to heal the karmas and emotional blockages of their feminine counterparts from their history of past relationships. In stage 1, the masculine heals on a personal level. In stage 2, the masculine heals the relationship dynamic by assisting in the transformation of the feminine from shadow to divine aspect. It may sound unfair to have to pay the karmic bar tab others racked up before you, but it is a crucial stage of surrender.

Just as the awakened mind learns to hold space for the heart to faithfully open, the awakening divine masculine must be the openness, consistency, and unconditional love that invite the shadow to surrender its guard and allow the innocent feminine heart to come out of hiding.

For those at this stage of integration, the best course of action is to develop a daily practice of gratitude and self-love, while holding courageous space for the feminine aspects within and throughout to find the strength to trust again. A spiritual ego steeped in arrogance may think: “This isn’t fair. I shouldn’t have to heal these layers that have nothing to do with me.” Meanwhile, an awakening heart rooted in humility says: “May I embrace the honor of helping my beloved to heal, so there will be no barrier to divide us from the love that brought us together.”

The feminine shadow is the cellular memory of past abuse cycles that shields itself from potential harm by rejecting those who get too close. Since the unconscious belief suggests more hurt will occur whenever we are open and vulnerable, the feminine shadow either rejects those they want to be close with or attempt to build intimate relationships with emotionally-unavailable partners.

Often times, it is a history of emotionally-unavailable partners that creates this push-pull energy when in the presence of those who are open and able to love. This unconscious self-fulfilling prophecy inevitably reflects the feminine shadow’s tendency to be so hurt, heartbroken, and battered by the past indiscretions of the masculine that it attempts to match the unconsciousness of the masculine as a way of keep itself protected.

For those at this stage of integration, it is crucial to take inventory of your relationships to ensure you aren’t perpetuating toxicity in any areas of your life. When toxic relationships are present, you will surely be called into an equal aspect of shadow just to stay afloat in partnerships that may serve your personal desires, but aren’t destined to reflect the sustainability of true intimate partnership.

Once there are no glaringly toxic distractions pulling at you, the next crucial step is to develop a deep bond with yourself and those you trust, so you can begin associating opening up and being vulnerable with the ability to feel safe. As this occurs, the world becomes a stable environment to attract more meaningful and long-lasting relationships, instead of being ongoing reflections of a painful past.

One of the most effective ways to heal the feminine shadow throughout stage 1 is to find the courage to talk about your experiences. Because abuse is a dominating experience of being silenced and held against our will, speaking about our experiences gives a voice to the voiceless parts in ourselves and offers the choices that seemed absent whenever abuse occurred.
I personally applaud movements like #MeToo for giving the feminine heart a voice to express its pain. As pain is given a voice to be heard, the feminine finds the courage and strength to forgive the unconsciousness of the masculine, instead of fighting fire with fire, so to speak. In stage 1, the feminine finds a voice to express its pain, clear out toxicity from relationships, while learning to open up within themselves and others without feeling threatened or a need to either lash out or shut down. This prepares the feminine for stage 2, where a deeper dive into conscious communication, trust, and forgiveness paves the way for true redemption to dawn.

As you find the safety to be open to yourself and others, like the masculine, the feminine begins working on transforming the dynamic of relationships. Just as the masculine holds space for the feminine to blossom, the feminine learns to develop trust in their counterparts to allow a surrendering into true intimacy to unfold. As the feminine shadow is transformed throughout stage 2, the feminine is allowing current circumstances to be different than past abuse cycles.

The crucial skillsets for the feminine at stage 2 is openness and communication. Openness answers the question, “How can I be more intimate in my relationships today and if I’m unable to take a step forward into intimacy, can I communicate my needs to those I love?” While it is natural for a partner to be disappointed whenever their beloved cannot meet them in an intimate space, the ability to communicate where we are at invites our partners into our experience instead of reinforcing how left out, dissatisfied, or unrecognized they feel.

Once the feminine can trust the masculine is interested in connection and not just the physicality of being gratified, the feminine develops the trust to open up, let go, and invite in all the love their masculine counterpart is yearning to share.

Another important element in healing the feminine shadow at stage 2 is actively forgiving the indiscretions of the stage 1 masculine shadow, instead of demeaning the masculine as the masculine has done to the feminine over the course of history. Just like the masculine may not find it fair to pay the karmic bar tabs from their beloved’s past, the feminine may equally find it unfair to be so forgiving of the masculine shadow, especially in the aftermath of such senseless and brutal abuse cycles.
To not forgive the masculine shadow is to maintain a shadow aspect as the feminine. When this occurs, we are nice on the surface but ruthless to anyone who dares to cross our path and willing to betray anyone or anything in order to get our way. Inevitably, it just maintains the war of inner conflict that is easily justified through standpoints of righteousness. As a way of assisting both aspects into alignment with divine perfection, if you come across a public figure being indicted for charges, lets us honor the justice taking place, while forgiving their soul, so they may be purified, instead of incessantly punished.

Unconscionable punishment may be the best description for how the feminine has been treated by the masculine, but it is the opportunity of the feminine to help reform the masculine with greater mercy, compassion, and love than the past can ever reflect. Equally so, it is the duty of the masculine to anchor the divine feminine as two equal aspects of the same alchemical whole.
Despite our deepest desires, none of these stages can be rushed. Even when we wish we were further along than we may be, it is essential to be honest with yourself and others about where we are it in our healing journey. In doing so, the individual and collective consciousness of all heals the fractures and divisions that have divided the masculine and feminine into shadow aspects for far too long.

As the masculine is reformed to hold reverence and respect for the feminine, the feminine rises to equal power without having to express its will in a masculine way. From this space of equality, the divine masculine listens and loves without attachment, as the divine feminine opens up to intimacy and communicating their needs in the safety of sacred partnership.

No matter where you are in your journey, may you know the light of your true perfection and welcome into your heart the ecstasy of love that resides within as each and every breath. It may not be easy or even seem fair, but there is a light at the end of the tunnel. It reflects the brightness of the one who is willing to succeed, fail, pick themselves up, brush themselves off, and keep moving forward — against all odds.

My love is with all of our hearts now and forever.