December 21st, a Solar Flare and So Much More Coming in | Lord Ashtar, The Galactic Federation via Lynne Rondell 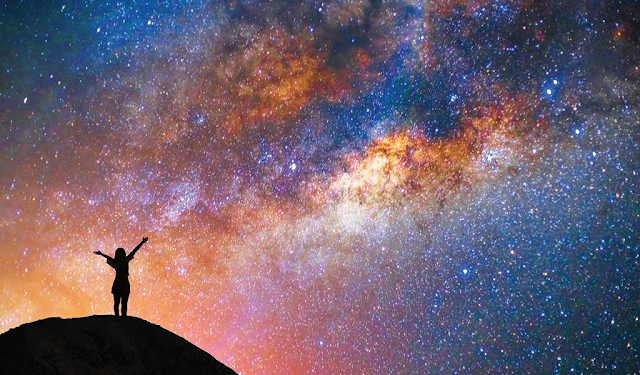 I’m coming back to this beautiful Tuesday with another channeling this one’s going to be from Lord Ashtar along with the galactic federation of light.

Hello beloveds it is I Lord Ashtar along with the galactic federation of light.

We are so pleased to both be coming through this channeler today. We wanted to speak to you today about things that are going on, on your planet.

We also like to speak about the solar flare and the solar blast December 21st so we can start off speaking about that. We want to tell you that it is not a huge solar flare or solar blast but it is a much larger amount of energy that is going to be coming from the sun and it is going to be coming in or around December 21st as you have a conjunction of planets.

They’re lining up as well to support the energy shift and the energy boost we’re going to say that all of you need to really push you forward in a lot of different ways but this energy boost is going to push a lot of those that are still sleeping. It’s going to awaken them and it’s going to actually open the consciousness of a lot of those of you that need to shift, we’re going to say, out of that third dimensional matrix and paradigm.

You will have other things that come in for you, for this high frequency vibratory light that’s going to come in, it’s going to do something different for each and every one of you. It’s really to shift the collective of humanity to open their consciousness up and to shift them to a higher dimensional frequency, we’re going to say but really to open them up and shift them out of the third dimensional thoughts and that third dimensional matrix and paradigm that they’ve been playing in for so very long, to expand their consciousness to that of different, to let the light come in for a lot of those that are sleeping and to really help on the road with your ascension.

There is no fear with this blast December 21st or around there, there is no fear that it’s going to be harmful. It is not, it is just to help shift the consciousness of humanity, the entire collective upward. It is to open a lot of people up to the knowing of what is going on as well and it is going to allow some to expand their consciousness, to start the remembrance process as well, maybe where they’ve been in past lives or why they’re down here on this journey ?

There’s a lot of different things that are going to happen with these December energies as they’re going to be quite powerful. Another point that we want to make is you’re going to start to roll forward in knowing more of the truth on your planet as well for you have been told a bunch of mistruths, you have been led down very dark roads for a very long time.

This is going to start coming to an end, this December 21st. The remembrance it is also going to start to push through the truth of what’s been going on on your planet. You’re going to have a lot of disclosures coming in January and coming forward this next year of what’s really been going on. A lot of those who playing been playing some very dark games are going to get not only exposed but they’re going to get realized for who they are and a lot of them are going to be caught and not able to continue their very dark reign.

You are in another level, we’re going to say of things rolling out on the planet so that you can really start to see and believe for yourself what’s really been going on. So it’s going to continue rolling out, December is going to be rocky vibratory ways and energetically because there’s a lot of very strong energies coming down to the planet but it’s going to help all of you to shift upward. There is no need to be afraid, there is no need to think that anything bad is going to happen. It is not, it’s just going to be a lot more energies hitting for your ascension.

One of the main things, the collective of light, the high collective of light, galactic star nations and a lot of different councils of light, they’re concerned about the masses waking up and that it needs to be done rather quickly rather than wait years and years and years for they do not see this ascension dragging out lifetimes and lifetimes they see it as a shorter process and they see the second and third waves could be going up very soon as well.

This December has a lot of wonderful energies coming in but there’s going to be a lot of peaks and valleys, you’re going to have ascension symptoms, you’re going to feel out of your body and lightheaded at times when the blasts come in then you may feel very tired and sleepy, you may need to rest a lot and you may not feel like eating much as well.

Everyone’s different here there’s no right, there’s no wrong, it’s not the same journey for each and every one of you has a different journey of how you’re going to experience this ascension as well.

There will be some symptoms this channel will come through with information about that but we’d like to tell you you have a lot of wonderful things that are going to be happening in December it is really going to be one of the biggest shifts in consciousness yet. We’ve been through a couple that were huge. We do see that not all of you but a lot of you have done huge purging and you have really shifted how you think and you’ve really shifted sort of how you look at the external out there and a lot of you are sitting more in your hearts.

December is as we’ve said before a month to remember, it’s going to be a wonderful month of extraordinary changes and shifts. We’re looking forward to bringing through many messages through this channeler. We are right here with you, we are helping you along on your journey. The galactic federation of light and i are both policing.

We are seeing that you are all right, we are taking out of your solar system and off your planet what does not serve you. We still have that ongoing for it will be a while longer. It may get more intense as you start shifting upward as well, as the dark negative ETs don’t want this ascension. They don’t want all of you to have the level of freedom that you really deserve and the level of freedom that you’ve really always had but they’ve hidden from you.

There’s a lot of changes going on. It is all wonderful, it is all good, there’s nothing bad coming December 21st, there’s no blackouts, there’s no three days of darkness, there’s none of that there’s just wonderful energy from the sun and wonderful light pushing through to all of you.

I look forward to bringing through many more messages through to all of you, I’m sending you such love, such light and blessings.