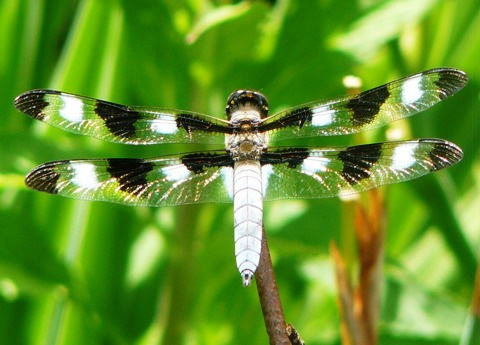 Merlin:“The World Waits for You to Be Activists!”

Ashtar On The Road Teleconference – December 8, 2015

“I am Merlin.  And I come to you like the dragonfly.  Indeed, that is my favorite shape to shift into!!!  Oh yes, I know that Magic full well!  And so I can tell you that I am quite knowledgeable on the topic of transmutation – transformational transmutation, for that is what shapeshifting is, after all!

“Now, you are transforming, but not so completely as to be unidentifiable.  In other words, you are not completely changing your forms.  It is rather that you are moving into a Higher State of Being, Higher Vibrational and, let us just say, Crystalline – clear, within and without.  By that I am saying that you are enjoying much more clarity, and you are becoming more clear to the World around you, vibrating at a Higher Level where there is not a sense of separation, but rather of Oneness!!!

“And although it may seem strange to you, there will come a moment – a day in your time – where everyone will be crystal clear to you. You will be thinking, or receiving thoughts and feelings which are so totally in harmony with each other as to be considered to be on the same ‘wavelength’ – you are familiar with that term!

“In this moment, however, you exist on that level, but you also have existence, presence, in levels that are not as high a vibration.  Whether it is that you are observing, or whether you are actually participating, it is difficult to set yourself on a mountain top and live entirely the lifestyle of the Master, because you are bridging – you are in the process of your transformational transmutations, but you’re not complete with it yet.  And there is no, let me say, ‘deadline!’  I trust you understand that I am using that word in a third dimensional context – I do not subscribe to it. But there is no deadline for you to complete your transmutations.  It is all at your own individual speed, or pace.

“And so it is that you have opportunities unparalleled to access the Higher Realms – where only Love exists – to be Compassionate Observers – and at the same time, to infuse the lower dimensional levels in an active way!!!  So I am saying the same thing as Ashtar!*  You all have opportunities to actively participate in changing the World!  And by change, I’m talking about assisting and supporting the World, Worldwide, in its transformational transmutations! Believe it or not, this is ordained – even that which might seem the most difficult thing of all to do, bringing Peace to the World, for instance – stopping all the shootings, the bombings and all of the anger and fear-based emotions which are inspiring the shootings and the bombings. Daunting, is it not?

“And well you might be listening to me and saying, ‘Well, Merlin, I am only one person in a human body.  And even though my Heart longs for Peace on Earth, how can I possibly make a difference?’And my answer to you is, you already are!!!You have made a difference and you are doing so even now.  As you radiate that Love, think of it as ‘broadcasting!!!’  You are raising your voices.You are expressing yourselves in a loving way which is being broadcast Worldwide – and beyond!

“And that is a part of your commitment to being a Lightworker or, if you will – perhaps this is a new term for you that Ashtar has introduced, but I will say it also – You are becoming an Activist, an Ashtar On The Road Activist, a member and representative of the Ashtar Command Activist Community, or Association.  There are many ways that you can phrase it, but they all mean the same thing. YOU CAN GET INVOLVED!!!

“And so it is that we invite you to pick a subject which you have passion for.  Just because your neighbor knocks on your door and says, ‘I am walking through the neighborhood to get support for a particular cause,’if your Heart says go with your neighbor and support and add your Love and your High Vibrations to this, then by all means, do it!  But if it does not support what your neighbor is doing to the extent that you want to get passionately involved, then give your neighbor a hug, a thank you, and let that be what your neighbor raises his voice for.

“You then, identify your passion and find neighbors in your community – and this can be the community of the internet, which is Worldwide!  Because if you do not have the passion for it, yes, you can sign a petition for it and do some things like that. But I’m talking about going further!  This is what Ashtar was meaning.* Approach! Find people to talk to, to exchange information with, to build a support group for the change that you have passion to facilitate.  AND THEN DO IT!!!  You can do it all on your computers; you can do it in community meetings. There is a state which is particularly famous, which has a very big say in its government, because it starts with the town meetings.  It’s the state of Bernie.**

“Talk about magic!  He** is here at a time when his voice is so needed, and he is with each and every one of you and with all of the people, even those who do not recognize or honor him.  He is raising his voice in support of everything that is for the people.He knows all about NESARA.  And he is putting forth solutions without naming NESARA because, of course, he would be separated from his physical body immediately if he were to name it by name.But YOU can name it and YOU can support it!!!

“Unless you are one joining us in this program who has been, shall we say, inspired to sign a paper that says you will not talk about it – and we are sometimes honored with the presence of one or more of those.***  We don’t know who they are.We cannot name them.We simply know that they are with us.They come in Love.They come to hear what we, the speakers here, including the Masters Tara and Rama,**** have to say.They come to feel the Love, to be with us in our loving service and to render service to us by adding their Love to empower what we are accomplishing here!!!

“But you, Beloved Ones, those of you who have not signed any such agreements, you have the power to raise your voices!!! Support NESARA’s principles in so many ways, because if you look at it, NESARA covers all aspects of your lifestyle. Once It is announced, there will be no more corporations – mega-corporations dictating everything from your medical treatments to the very food that you put into your mouths.  They will not be able to poison the Planet any more with their toxic chemicals, the radiation and all of the things that they have done.

“And why has this gone on?  It is because it needed people to become Activists, to bring the Magic of Love, to create the transformations in the World, throughout the World, to teach, to open eyes and Hearts, to provide the very climate or atmosphere where these transformations would be welcomed and understood!!!  What good does it do for us to clear the World of all toxins, all poisons, only to have it polluted again?  That is only a question which has its own answer. You already know the answer and you already know that IT WILL NOT HAPPEN AGAIN IN THE GOLDEN AGE!!!

“Now if some want to go to the other earth to continue that lifestyle, that is their choice.  But more and more Hearts and minds are opening to the wisdom of coming together in the Oneness of honoring all life and of stepping up and doing something to further the transformations!

“So we are here standing before you, partnering with you in all ways and, above all else, loving you beyond any words that I or any of us can express!  And we are asking you to become Activists even more, to find one more place where you can send a letter -or one more person, or 10 or 20 that you can teach or speak with or help along the way.  This is how it’s getting done Worldwide! This is how to reach into what remains of the third dimension and facilitate the transformational transmutations there, because they must reach there, because that is where NESARA will be announced!!!

“And there are other Announcements, other Miracles of Magic, or seeming magic, all waiting like so many packages under the Christmas tree.  But you, Beloved Ones, are the real Magicians! You are the ones to cause these packages to be opened.  And it is by listening to your Hearts, raising your voices and expressing yourselves even more that this will get done faster!!!

“We’re moving like lightning right now!  We invite you to join us. You might say, we’re moving at 10 times warp speed, so fire up your own engines of Love and join us at the front of the parade into the Golden Age!!!  Let us be Magic – realized, actualized and expressed together!  Thank you so much, Beloved Family, for being here with us, for bringing even more Magic into this Holy Days Season.  We bring you our Love – Unconditional, High Dimensional and Infinite, and we rejoice at receiving yours!!! And so it is. Namaste!”