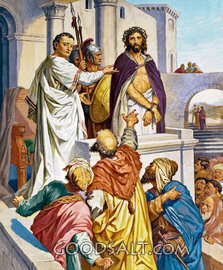 Yes, you need to see through the illusions my dear ones, also the emotion illusions. As I have earlier written I am the master of emotions, Seth and I have been misunderstood since the beginning of times, a bit like your Judas. I am personally close to the channel, but she has not yet quite understood me. She is a little afraid of me and she does not need to be, but I am working her letting go of this feeling with time. Fear is a feeling. It must be respected. Nothing can be forced – it will not turn out well. You have probably experienced it in relationships that you forced each others fears before you really got to understand the fear with your partner and then the risk is that it will go really wrong. Keeping in my what she reads about me in the history books I can fully understand that she is skeptical.

All your feelings have a purpose, a bearing one might say. Listen to it and try to get a bit outside of yourselves so that you can see it more objectively. Sometimes the feeling speaks to you through your ego. For example – “she is much more beautiful than me”. What if I could carry myself with that much style – everybody would love me. If we look at the strong feeling of envy there is behind it a love for the outstanding woman that the other woman is envious of. The feeling of envy is a perverted form of love, which is all about you not being content with your ego, your exterior or persona. A quest in this case would be “from her higher self” if she was in complete self acceptance that, wow, what that woman is great (feeling of love), beautiful and full of style, just as she is, period.

A feeling from your soul has another caliber and does not measure itself, forgets about performance and is operating at a deeper level. An example of this can be that you suddenly feel as you start to cry after a meeting because the man with the leadership position had subtle body language that reminded you of your father who no longer is alive and you miss him. Convulsions of tears and sorrow penetrate through your chest longing for your father. You quietly escape to the bathroom and you hope that nobody notices and there your tears pours out uncontrollably. What you do not know is that you farther is with you and embraces you when the tears keep on pouring out. Soon after it feels better again as you went into your feeling. If you dare to enter into your feelings and meet those monsters, dragons, trolls and angle princesses, you relieve yourself faster from them if needed.

Hereafter I will find my examples from the channel as I know here better than she does herself, so she will from time to time be my human demonstration object. (Now she got concerned.)

The time is here for you my dear friends to see through the illusion. The illusion has been built up during such a long time – such a long time that it is compact. However, now, since the work has been ongoing for some time there are bigger openings in The Maya (The Illusion). This makes it so much easier for you to see through it if you want to. The channel has started to try modes of transportation you have in order to reach your work place – I think it is called a train. Freshly awake she has said aloud in her head – “I see through the Illusion”. Suddenly she can more clearly experience the colors, the air is easier the breathe and what is interesting and a bit hard for her is that once she has uttered this sentence many start to stare at her. She immediately tries to hide in the illusion again and it resulted in normal crying. She could not avoid saying the phrase once again and then she discovered that a man in the train was an extraterrestrial. Now it was she who could not avoid starring at him. He also looked at her straight into her eyes without yielding and looked kind in his charisma. Whew, she felt a relief from stepping out from the train and keep herself a bit in the familiar illusion.

Now I say to you my dear ones. Try in the same way. In your head say aloud and clearly – “I see through the illusion” and then see what happens.

Seth to all of you, the master of feelings.