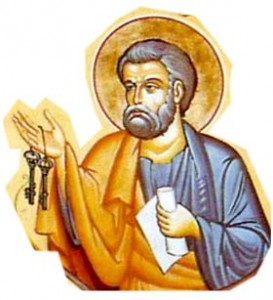 I am Seth and I am the master of feelings, since the ancient times.

There is really nothing we need to be afraid of. What we are most afraid of is our own shadow and all negative emotions. In order to move on in our development each one need to face his/her own shadow – stand eye to eye and look into its guises.

There is a belief that we should only think positively. It is clear that we feel good from thinking positively and filled with light and it is meant that this energy will increase in order to vanquish the kingdom of shadows, but we cannot forget that this also can become a pitfall. The orientation to think positively can become an illusion and if you do not dare to feel your more dark and unfriendly feelings the risk is that you will reject them and put them on others, even if it is done unconsciously.

What is important is that you get hold of the emotional flow. The flow lets “all” feelings exist and occupy a space. However, you do not need to “react” on the negative feeling by transmitting its negativity. You feel it and ask yourself what it can give you. Is it a projection of something from a fellow human that you do not want to see in yourselves? Is it an intuition that you should stay away from something? Feelings are your guides and when you get angry it can be a way to mark a limit that you need to impose on your surroundings. Each feeling has its message and it is quite unique to be so directed by feelings that humans are. We navigate with the help of feelings and it is the feelings that tell us what is right and wrong. To install a belief that you only should think positively is also a way to control you. I know that I provoke many when I say this, but I say this because I want to help you reach insights.

Once upon a time my task was to create drama and carry the shadow. It was not an easy task, but just as important as to carry the light. In that friction that resulted between the dark and light you were meant to develop dear children. The drama that you have experience time after time has a deeper and higher meaning. Without being caught between darkness and light you would remain unknowing and superficial while still beings of the light. Now you have the depth and you have been polished like diamonds, from having been carbon based to now sparkling and reflecting the rays of the light and the Source in the most astounding way. The height of the human drama is described in the antique Greek dramas that you all can read. Each myth represents a deep archaic drama within the human psyche. After this many have repeated their drama again and again in life after life and now it is time for you to move on. The time of drama is over. You are to realize that you are gods and goddesses, with the right to create and co-create and you are not to get caught in the circle of drama. Straighten out your drama. Vacuum your inside. It is proceeding very fast now, if you are ready to put in the work. Ask for help with it and we will assist you. Spirals of love are being sent to you that rotate very fast and with high energy. They assist at the onset of your kundalini and all that follows.

Embrace your own shadow. Listen to what the shadow has to say. It demands space and respect. Just as the beings of the shadow on the surface are chased away with your light in combination with the galactic assistants the shadows within you will shrink by being exposed to your inner light. There is no way around it. See with love and tenderness on your most ugly and halting sides. Receive these shadow personalities with open arms. Have an understanding of the fact that they have developed by not having their needs met. They are afraid, angry, frustrated or furious, but they Are. When they receive attention and love from you they become like a purring cat. They become transformed to love and instead become your aide.

Seth is the name.