The Beacons of Light via LAKSHMI VISHNU, September 20th 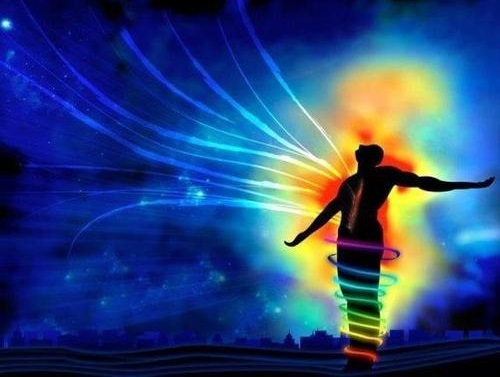 The Beacons of Light
September 2016

The Beacons of Light Re-minders from Home are presented Live on the internet,
transcribed and posted here each month.

A New Place for Humans to Go

With your game well in progress, we join you this day to share more about a wave of energy coming in. It is actually more than one wave but you have so many energetics arriving from different parts of the universe. We find it fascinating that recently you have discovered another Earth-like planet in the star nearest you, right in the Goldilocks Zone. It is perfect for supporting life and almost about the same size as your Earth. Exploring the night sky and looking for all this information, people are actually looking for a new place for humans to go and you will, trust us. At some point you will also go to Mars, which is one of the new pieces. We tell you, dear ones, that you will find your own footsteps in some way as you have been there before. Mars used to have life, a thriving life, and you were there. That is why we find it so fascinating when you come up with these ideas about Martians with the two little antennae coming out of the head and always green for some reason. We find it wonderful!

Multiple Perspectives on Your Life

Dear ones, the energetics you have experienced on planet Earth, especially during this current year, have felt on the edge for quite some time now. This has been somewhat of a challenge, because it resets a lot of energies and that is exactly what this is. As you move to higher vibrations, all of those things that you have set up for yourself and done—whether it is a belief system, family or relationship—all of them have to withstand the scrutiny of a higher vibration. Now why is that? Well, because when you change your perspective, you change your vision. It is that simple. Take a look at something from here, but the moment you view it from over here, you have a different perspective. Basically, that is what is taking place for all of you now, which allows you to see events from multiple perspectives of your own life.

Quite honestly, you have had so many waves of energy coming in that you are learning to swim in these energetics and move from different levels very rapidly. Frustration is being experienced by so many on planet Earth, and a few are actually trying to  harness it. The frustration comes from not being able to see your own creations, as well as from being a conscious creator who sometimes cannot create or witness their effect on the world. This creates a great deal of internal frustration, which will eventually work its way to the outside in some way.

What is this? What is taking place?  Let us explain, dear ones.

Watch the Wave of Energy Arrive

When you have a wave of energy or light coming in,, you also have its direction. The wave only goes from one direction to the other. However, if you have another wave of energy coming in from a different direction entirely then it affects the harmonics of the wave. Dear ones, do not become overly concerned if you are not following all of this. Toward the end of September of this year, there is a wave arriving that will join up with another one very quickly. The wave that is coming in is actually from a Quasar, which is a total collapse of a star that has exploded. When that happens, the energy goes out in the universe and sometimes travels eons before landing upon its intended target. Earth is the intended target in this one and when that energy reveals itself, the wave will be combining with this energy to quickly move the evolution of humanity forward. Well, normally you would think this is wonderful. We are evolving to our next stage of evolution and do not have to take much time to do it, right? That is excellent! It also means that all those things that you set up with the perfect imperfections will now suddenly be revealed. Because of the rapid movement and escalation some of those systems, such as the economic ones, will have challenges. There are many places where this can actually create challenges, and since the United States has been teetering on the edge for quite some time it may very well start there. The critical part of this, dear ones, is that you do not have to go through any of that difficulty. That is what we would like all of you to hold in your hearts, as you go through this wave.

The wave comes in first on September 27th, but it has been traveling fir quite some time so it is no longer as defined of as a wave as it once was. For this reason only highly sensitive people will feel the early changes.  Shortly after, the wave then combines with another one to bring in the capabilities of evolving very quickly to another level. You have done this before, of course. Now you are just getting past some of the ripples, because humans simply did not know how to move that swiftly into a whole new set of understandings. This time you will, for you have actually done quite well with this already. When we look at the timeline, dear ones, we can tell you that you have already been wildly successful at this. We must put you back into the Now moment, for you still have it in front of you. Know that we are incredibly proud of the work you are about to do, because you will ground a great amount of light. Many of you are on this planet to be here at exactly these moments. Now, let us speak about what typically happens to humans as they jump up very quickly and need to adjust everything that was supporting them. In the past, dear ones, you even adjusted many of your laws, and your collective agreements on your planet that reflect this.

Of course, what takes place is there is always a backlash. Everything is in waves, so as long as it moves forward, back and then forward again, you still continue to make headway. You will still continue to evolve all of humanity in that way, so do not get discouraged when the backlashes come. Toward the end of September this will begin and carry you throughout the entire year; it will put you into a level space about January 17th. The connection and that energy of next year will open the doors for much of what is to come, for the planning stages have been done through your connections, hopes and dreams. Those who came in left your wings at Home and pretended to be a human in this incarnation.

You are doing well, dear ones. Many of you experienced extreme separation anxiety when leaving Home to come play this game of pretending to be a human. You opened your eyes in a physical form, then looked for Home but were not able to find it. Ahh, but you are not going to find it because you will create it and that time is closer than you know.

The wave of energy which is arriving will last for several months; it is coming in by contract and that is unusual. Every human has the opportunity to jump to new levels. We also tell you, dear ones, that there is a bandwidth of your own vibration. If you were to compare the highest vibrational level existing in humanity with your lowest vibrational level, that would be your bandwidth of the collective of humanity. The bandwidth not only moves very rapidly in evolutions of this kind, but it also tends to elongate a little bit. The higher vibrations become a bit deeper, and a little bit further apart than the deep vibrations of the low. That is of great concern and something that we watch here. As you start to separate yourselves on planet Earth it becomes challenging, and that is where many of these restrictions, frustrations, and the general anger occurring on planet Earth right now. The dis-ease, which is present for many people, is because you do not always have that connection for creation. Dear ones, we ask you to prepare for this and get ready to use your dreams. Connect with your channelings and your own spirit to start bringing this together. Why are you here? What did you come to do? Where are your passions? What is the puzzle piece that you brought? Most of you already have a very good idea of what this is, and many are well on the path to claim your magnificence in this game of free choice. The magic is already set into motion, so we ask you now to step forward and carry this light. You can fear or you can love, but you cannot do both at the same time. So, how much love can you bring to this planet? Can you see how much beauty is all around you and share it with those around you? That will be paramount in the times ahead, for humanity has been hoping to raise its level of vibration for quite some time. You have been on a slow, steady course, but now it is jumping ahead quickly almost as if it is on an exponential track. Dear ones, it is perfect for what you have in mind.

There Are More Opportunities than Doors Closing

Most humans do not like to move at these rapid paces. It creates ripples, affecting other people around you, which you must deal with. Start working with it now and begin by opening those possibilities with your friends and family. What would happen if something really big took place? How could we be part of the solution, rather than of part of the problem? Will you slip into fear if something suddenly collapses or does not work right? You can simply look forward and say, “This is part of the most incredible change that is taking place to all of humanity.” Then step into it. We promise you that there are more opportunities than doors closing, by  almost two to one, so enjoy the journey. And as you start moving through it, if you have not found that space before it will become known to you now. As you move into these higher vibrations, your perception changes and you can see on a much wider scale and larger aspect. In that, you will understand that you hold part of the key. By grounding that light and holding the love, you start to change the world one heart at a time. That is the best way that it can be accomplished, dear ones.

We applaud you on your game. Your changes and all the evolutions that have gone before and even those that are just beginning right now. The connections are amazing. Your energy is here right now and we love you more than you know.

It is with the greatest of honor that we ask you to treat each other with respect. Nurture one another at every opportunity. Know that you are looking yourself in the eyes and play well together, dear ones.

The word Espavo is an early Lemurian greeting : “Thank You for Taking Your Power”