As you get more advanced, you start to learn that there is often no “right or wrong” when it comes to your perception of reality. We have talked in passing in the past about how malleable history is. We are going to dedicate this short channeling to the topic.

Overall, there is only the eternal now, which represents every thing, all-that-is. The only “truth” is when you take everything together. However, within that greater “truth” there are a lot of contradictory half-truths. Most of these half-truths are taken as truths by various beings and cultures. If there is any truth that is exclusive in nature, meaning to be true it has to make something untrue, then it is not True. Period. That is one of the absolute things we can guarantee.

So to highlight: if so-and-so famous historical character existed 3,000 years ago, then that truth contradicts a version of the past where that character didn’t exist. This is just an example. Don’t worry about what character this is either. We let the partner choose an arbitrary big number. We’re not picking a specific person. Those two examples cover all-that-is: Infinite all-that-is where the historical character did exist and infinite all-that-is where the historical character didn’t. Sure, we can qualify it a bit further to say “lived where?” and “did what?” But we’re talking very basic. Either she did, or didn’t exist. Two possibilities, that can be used to divide every possible universe into the haves and have-nots. If you refer to our last channeling, you’ll understand this probably isn’t a clean break-up from a vibrational stand-point. But we’re not worrying about that right now. Polarity is generally a problem but for examples it is handy. Is there anything beyond existing and not existing? No.

So if in history, she existed, does that mean that it’s the Truth? No, clearly the Truth needs to be where she both existed and didn’t. Then you cover all-that-is. For a sufficiently wise being, you realize there may be an alternate version of Earth somewhere that didn’t have her in the history. That would be accurate.

So, we’ve covered that base for probably a dozen times. Now, let’s get to the crux of the message.

You live in the perception of a linear timeline, but time even as you experience it NOT linear. Let us say that again.. Even within your own experience, time is NOT linear. History is rewritten quite often, and when you do so, you are moving to another timeline. And have experienced non-linear time. And you are all completely oblivious to it since your life spans are so short. Were they, well, 3,000 years – that same number – you may see weird oddities caused by the experience of non-linear time. Time is real in so much as it can be experienced as the soil under your feet can be experienced, but it is not absolute. In fact, it is more like a movie with frames that has the illusion of flow. Non-linear time means that the as the frames of the movie pass, the previous frames can be switched out. So when you look back, you see something different than what actually appeared momentarily on the screen.

That seems crazy, doesn’t it? Imagine a movie that you watched where you saw something happen and then you were told that never in fact happened in the movie. However, that is actually common if you watch humanity play out. You do something, forget it, then change it then have mass amnesia about it because you are living within the illusion of linear time in non-linear time.

Then you dig up evidence of something that your ancestors from one hundred generations before never actually experienced!

History is very malleable. Malleable by mass perception and the human mind is malleable. There is a feedback within social existence. You can’t even be sure of something that happened a decade ago is how people remember it, much less 3,000 years.

To make matters more complicated, many of you incarnated in alternate versions of history that never happened according to people living in your present time. But those alternate versions were very real, and they are still in the akash.

So, we say, it is important as you all start to uncover more and more of what you call “history”, don’t be biased towards one version of events. It limits growth. We’d love to say “just toss it all out” but then you’d forget the lessons. So sometimes it’s easiest to take the lessons and throw out the rest. But it’s up to you to figure out what to use it for.

You’ll figure it out. 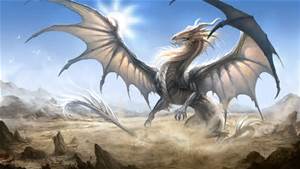