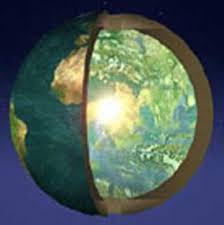 My friends, dear Sisters and Brothers,

I am Tim in Agartha. I am happy and grateful for the connection with you. You are great in your ability to take in the mounting love-energies that surface of Earth is being bathed in, both from the Universe and from the inside of Earth.

Us here in Agartha are expectant and happy now. Our wait to reconnect with you has been a long one. For myself I visited the surface of Earth in the 1970s with the mission to tell you about us here in Agartha and the wonderful civilization that you were completely unawares of.

I was saved by two Agarthians in the 1950s, as my father’s fishing vessel sank during a storm off the Canadian coast line. The crew drowned, except for me. I was taken down into a boat in a channel / entrance to Telos – one of Agarta’s many cities. I was incredibly well received by my friends and was introduced into a fantastic loving and beautiful world – a light and living world full of fields of flowers with butterflies, bees, elves and light beings. It was like a dream, a fairytale world where everything is light and love. I had to pinch myself in the arm many times in order to understand that I was alive in this paradise and not dead. People here are happy, loving and socialize with each other. We often have parties with dance and music here. The wine is wonderfully good and life force giving, but of course without alcohol. Since we do not have different religions, nor do we use any monetary system, we do not need to put energy into fighting about different opinions, but can go for a dance together instead. We have a common god who is the Creator / the Source, who has created everything in the Universe.

We use the creative force in order to manifest and materialize what we are wishing for, for instance our clothes and home interiors. Our vehicles hover above ground in order not to destroy for our animals, our flora and fauna. The wild animals are free and live in other parts of the large underground civilization. We can visit them when and look at them from our soundless hovercrafts without disturbing their lives.

In any case, when I had lived for awhile in the city of Telos I received the voluntary mission to return to the surface of Earth in order to tell people about my experiences and Agartha. I thought I had lived for a short while in Agartha, but on the surface more than 20 years had passed. I was provided with modern clothes, money and a passport before I arrived to the surface of the Earth at Mount Shasta, California. When I arrived to my parental home in Canada to my surprise the house was empty. I learned that my mother and sister were dead and that the house was for sale. I lived in the house for a period of time and contacted a few old friends. I was chocked over the changes on Earth and how hard it was to connect with people. I thought everybody looked the same and the girls had much make up on and were superficial and many behaved as cold dolls.

Nobody wanted to believe my story. I sold the house and left to see my grandmother in Dalarna in Sweden. She became so glad to see me and believed me, as the spiritually oriented being she always has been. My grandmother introduced me to people she thought could be interested in my story. I gave lectures in Stockholm, but people’s fears made them taunt me and did not want to believe me. I was even given death threats. Finally I gave up and my beloved grandmother came with me here to Agartha where she is happy.

Here life is about the same as it was then, middle of the 1970s, but it is with horror who we have experienced how developments since then. We have been forced to shut down the connections between us. Our communication has been limited to one of telepathy with some of you on the surface.

Since we also are in close connection with the Universe, The Council of the Wise and the Galactic Federation of Light we are well aware of all events on Earth and around the Universe. We are all here very happy and content now when we can observe who everything is going according to plan – the plan long since established, God’s Plan.

We are proud of you and the insistent you all have done, not the least via all your incarnations in wars and misery. However, that time is now past and the light enters into everything. The light and love reunites us and not the least units you with yourselves. We look forward to and long for our meetings with you all at a physical level.

With all my love,

Your brother and friend Tim