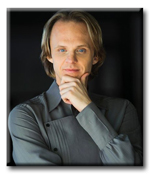 This episode continued the discussion of ancient civilizations that experienced the great cataclysms of the past. It focused on the destruction of one ancient city that seems to be closely related to Lemuria. David Wilcock starts off with a recap from previous episodes of how the different civilizations received pyramid technology from the Ra group, but instead of using it for positive ends, they created an elitist society and kept the benefits of this higher technology to themselves. The cataclysms that followed were a sort of karmic balancing of all of the negativity these civilizations brought to the Earth.

(The image at the bottom shows a large empty spot down the middle of the image.  That is actually the boat hull.)

The images labeled “B2”, “B3”, “B4”, and “B9” may be of greatest interest.
We can see the foundations of buildings, wall-like structures, and numerous objects that cannot be explained by natural rock formation. Keep in mind, this is half of a mile below sea level (2,200 feet). Given the depth of this location, this site had to be at least 12,000 years old, before the last ice-age. That is the only way the site can be explained. This is a point of contention among researchers and mainstream scientists. It is typical that when data defies the conventional standard, the data is thrown out.
So upon making this remarkable discovery, Paulina signed a deal with National Geographic which was supposed to allow them exclusive rights to the airing of this information during the summer of 2003, but National Geographic never aired the story. They ended up burying the information, and since Paulina signed a non-disclosure agreement, she was not allowed to share the images her team recorded. However, Paulina was able to interview with Linda Moulton Howe and various others on this discovery.
Here is an image taken off of Paulina’s computer.  She wasn’t allowed to show the images themselves, but by a loophole, she was able to show images of the images.

(The yellow dots are fish.)

If there were no issue with National Geographic burying this scientific data, it might not be much to consider. However, if it threatened the establishment to the point where people felt that it must be hidden from the public, this means there may likely be something to it.

There are no known, geological formations in this location that would cause these side-scan sonar readings. Sand cannot do this, and neither can seaweed. (This is a tighter image of B8.)

So after finding this data, the team decided to take a closer look at these structures. These waters are too treacherous for any scuba-diver to traverse. The pressure is too great, and the currents are too strong. The only way to view the ocean floor at this depth is with a submersible equipped with a video camera and spot light.
Here is what they recorded.

This is an image from the video data retrieved from this site.  We can see pyramids, linear architecture and what are most likely the foundations of buildings.

Here is a computer reconstruction of a structure that resembles a temple of some kind.  We can also see what look to be sphinxes in the background.
These are buildings and structures that could not have been above the surface of the water unless they existed before the last ice age.
Here is a better view of these sphinx-like structures.  The difference between these and the more-familiar Egyptian sphinx is the head, as well as the third paw-like protrusion at the base, near the front.

This is an image of a series of temple-like structures.  The complex was massive in size and consisted of multiple structures which bore many similarities to other lost civilizations we find globally.

Though this evidence is extensive, according to David Wilcock, it is only the beginning of the evidence Paulina has in her possession.

On top of these images, David describes how he was contacted by a woman who, at the time, worked at the Guantanamo Bay. The story went that this woman was at a regular cookout with barbecue included. She was simply standing there enjoying her time when a drunken Navy seal walked up and started talking to her. One memorable statement (the first of many) that came out of his mouth was, “You know, we found Atlantis down there”.
During the Cuba Missile Crisis, there were multiple missions involving submarine reconnaissance taking place around the island of Cuba.  During these missions, the teams stumbled across a site that had sphinxes, pyramids, and multiple stone structures.
Upon finding this site, preparations were made, and an investigation ensued.  Teams were sent in, and as they were, they found notable technology within the buildings. According to Wilcock, in order to mount this expedition, these people most likely built a large dome around the structures, pumped out the water, and pressurized it before going inside to explore. As they did, they were amazed at what they found. They actually found working machines that were still operational after 12,000 years. Some of the lights were actually still on.  This woman’s testimony would add a significant piece to the puzzle.
According to the Law of One text, this civilization must have been built around 50,000 years ago, during the beginning of the age before the current 25,000-year cycle (the end of the 1stcycle). These were the souls who were refuges from the Martian transfer.
Wisdom Teachings – The Mars Transfer with David Wilcock
https://discerningthemystery2000plus.blogspot.com/2016/02/wisdom-teachings-mars-transfer-with.html
To review, here is the Law of One on what was happening on Earth at this time.
21.25 Questioner: Just to quickly refresh my mind— how many years ago did Lemuria suffer its catastrophe?
Ra: I am Ra. This was approximately fifty thousand [50,000] of your years ago. The origins being approximately five three, fifty-three thousand [53,000] of your years ago. The damage being completed in that last small cycle of the first master cycle.
21.26 Questioner: Did you mean to say master or major cycle?
Ra: I am Ra. The appropriate sound vibration complex is major cycle.
21.27 Questioner: Thank you. Then did the ending of this first major cycle have something to do with the destruction of Lemuria, or did this destruction just happen to occur at the end of that cycle?
Ra: I am Ra. There is a confluence of energies at the ending of a major cycle. This encouraged what was already an inevitable adjustment in the movement of the surfaces of your planetary sphere.
21.28 Questioner: Thank you very much. I apologize for being so stupid in making my questions but this has cleared up the point nicely for me. Thank you.
Then in the second 25,000-year major cycle was there any great civilization that developed?
Ra: I am Ra. In the sense of greatness of technology there were no great societies during this cycle. There was some advancement among those of Deneb who had chosen to incarnate as a body in what you would call China.

There were appropriately positive steps in activating the green-ray energy complex in many portions of your planetary sphere including the Americas, the continent which you call Africa, the island which you call Australia, and that which you know as India, as well as various scattered peoples.

None of these became what you would name great as the greatness of Lemuria or Atlantis is known to you due to the formation of strong social complexes and in the case of Atlantis, very great technological understandings.

However, in the South American area of your planetary sphere as you know it, there grew to be a great vibratory distortion towards love. These entities were harvestable at the end of the second major cycle without ever having formed strong social or technological complexes.

This will be the final question in completion of this session. Is there a query we may answer quickly before we close, as this instrument is somewhat depleted?

https://www.lawofone.info/results.php?s=21#25
According to the text, this is most likely Lemuria. It is alleged to have been built within the same time frame as Lemuria, and there were only so many major civilizations who had pyramid technology at the time (though these pyramids were more common then than they are in modern times).  This passage basically sums up the information covered in passed episodes regarding the Mars transfer.
Some may not realize this, but there is actually an additional chapter in the Law of One text that wasn’t initially published.  A project which was dubbed the “Re-listening Project” was undertaken in an attempt to reconstruct this lost text. It turned out that Carla Rueckert removed a chapter from the text because she thought that it was too shocking for people to hear. This is the subject of what the Law of One refers to as the “confluence of energy”. Next week’s episode is set to continue on this topic.
For the complete text of the Law of One, go to https://www.lawofone.info/ .
Click here to watch the episode, Wisdom Teachings: Sunken City of Cuba .
You must have an account with GaiaTV in order to enjoy these videos.
Go to www.blueavians.com, and you will be able to sign up for one month of access for $0.99.

The Anatomy of Propaganda – Examining Multiple Tactics of Psychological Manipulation in Media Today
Disillusionment: An Unexpected Opportunity: Commentary on the Recent Revelations of Corey Goode

Cosmic Disclosure: Inner Earth: The Library – A Synopses Plus a Premonition of a Monumental Testimony

Wisdom Teachings with David Wilcock – We Are the Martians

Infiltration: A Snowden Revelation of NSA Tactics in Social Media

Flat Earth and AstroTurf: An In-Depth Examination of the Line Between Information and Disinformation

Thanks for reading.
I started DTM because I feel that informing the people is the most positive and impactful thing I am able to do at this point. I work at my articles as though each one were my job, as I don’t quite have the health to keep an actual job right now. Somehow, I get more energized when I know I’m having a positive impact in the lives of others.
Right now, I rely upon donations and ads to keep my site going. Ideally, we would live in a world free of the need for money of any kind. We will have that world very soon, I believe, but in the mean time, I depend upon this task to sustain me as I do my best to be dependable to you, my readers. I hope “Discerning the Mystery” is a truly positive and progressive experience for you.
Thank you for your support.