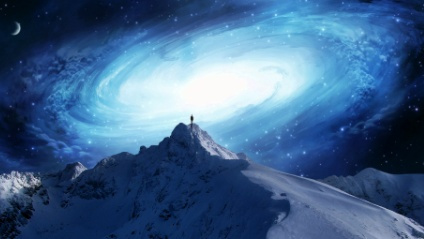 “Greetings, Most Beloved Family!  We Are One in Mission and Purpose!!!  And it is that, even though there is diversity, there is also Oneness.  And this is exactly as it needs to be, for together we are creating a whole new era for the totality of Planet Earth -and for each one of you!

“Now I will comment first upon the report that we have just heard.*  It is all Truth, absolutely Truth.  These ones only speak Truth.  And if you have been a member of the Ashtar On The Road Family for what you call several years, you may have noticed that we are turning it over to them, so to speak, to talk about what is going on behind the scenes.  But I can confirm it and I can tell you there is much, much more!

“And I understand full well that loving human Hearts find difficulties at times in hearing about violence, about bloodshed, even about plans and events that are destined to lead to those kinds of happenings.  Nevertheless it is part of the Truth. Humanity has been subjected to so much control and so much lying – propaganda, if you will, is what it really is.

“Hitler had an entire group, a major part of his army which was dedicated to the dissemination of propaganda.  And they were very effective.  They got away with horrendous amounts of genocide against anyone who disagreed with them. Of course, it was primarily directed against the ones of the Jewish persuasion, and that in itself is interesting, is it not, because of the fact that Hitler’s genetics were partly Jewish, and also because of the fact that those behind the scenes were thought to be Jewish – let’s just put it that way.  They were Khazarian, something different.

“However, be that as it may, many, many, many – and especially those who had the empowerment to do something to stop the genocides, to stop those trains from rolling into the camps where the gas chambers were awaiting them – they stood aside and let it happen.  And, of course, the majority of the World really didn’t know what had happened until the camps were found and liberated and the stories came pouring out.  And this, indeed, is difficult to focus upon, except for the Wisdom that is there, which is that Humanity and the Consciousness of Humanity is in a place now where this is being stopped, and make no mistake!

“But genocide is continuing in, shall we say, some more remote parts of the World – and some not so remote, for instance, here in the United States of America.  Oh, it has different names, but it is genocide all the same, perhaps on a smaller scale, but it is deliberate taking of the physical lives of human beings who are targeted for some reason.  There is a commonality that is found, and the propaganda machines roll, and so it is that in the past people have ignored it: ‘Well, it’s just a part of life. It’s just how it is.’

“But that has changed!!!  And there will be no more genocide in the Golden Age!  The uplifting of the human Consciousness has already taken place to such an extent there is no turning back. There will be no reversions back down into the deepest, darkest depths of the third dimension because now is the moment for everything to be in reversal!

“So if you see or hear something that is dark or difficult, it is for you, as members of this Ashtar On The Road Family, to first love yourselves enough to lift up and out of the depths, and to remind yourselves that you are High Dimensional Beings currently occupying human bodies, but still very much in residence in the Higher Dimensions!  And it is to reconnect yourselves with that part of each and every one of you.  Lift yourselves up back into Love!!! Look at the Perspective of the wisdom learned and then support Peace.  Support people helping each other out of Love, people even being in Forgiveness of each other.  Everyone is forgiven ultimately by Spirit and so it is to bring that spiritual connection forth and to remind yourselves and each other that We Are All One!!!  We are all here together and, yes, we are making changes.

“If you want to say, righting the wrongs, that is judgmental. Better to say, leading the way into the Golden Age.  And all of these transgressions against the Higher Level Expressions, all of these opposites, shall we say, of Love, all of these third dimensional fear-based expressions, are ending!!!

“And so it is to be magnanimous in letting go of whatever is holding you prisoner or slave to the old programs of good and evil.  And just remind yourselves that you are all Beings of LoveLight.  And it is to come from that Perspective and to express from that Perspective that we are traveling this road together.  Remember that we are here always, always, always ready to hold your hands, to be in Communion of Oneness with you and to be, most of all, together in this march – well it is more than a march, it is like a sprint into the Golden Age!!!

“That is the destiny that you set forth for yourselves when you came into your bodies this time.  You brought with you a wealth of Wisdoms and lessons learned.  They are absolutely pouring out!  I can see them in your Hearts.  And you are sharing and caring. And, yes, you may know some Truths.  And, yes, you will be called upon to express these Truths at some time or other, if you have not already done so.  But remember, We Are Together!!! Together we are strong in our Love, in our Compassion, yes, and in our Forgiveness, which my Beloved Brother Sananda Kumara defines as the ‘absence of judgment.’

“It is not our job to judge.  Everyone faces their own self-judgment, if you will, and it is to forgive yourselves first and then all others!  Just as Sananda said when He came in the body of Yeshua, it is to forgive all, to be without judgment, and yet to hold yourselves knowledgeable of the Truth of all that has happened, and all that is taking place in this moment and the next, from that High Dimensional Perspective of Love, from that High Dimensional Perspective of Wisdom.  We have learned these lessons. We don’t need to do this anymore! There are better ways!!!

“Dr.Keshe is an example of someone who understands all of this. The very fact that he comes from the country of Iran – does that not tell you something? He has put forth his Calendar for Peace.** He has offered free energy to the entirety of Planet Earth and even now he is engaging with individuals who wish to avail themselves of his offer.

“It’s not about riches. It’s not about gaining political power or any kind of wealth. It is about being who he came here to be.  Genius, yes, but more than that what you would call humanitarian – an unselfish giver of all the Wisdom, the Knowledge and the Love that he is!  Use one such as him as your role model if you want to access Wisdom as seen through – or as practiced by – the Ones who are here now, standing before you, offering you their hands and their Hearts, so that together we are the mightiest company of Love that the Universe has ever seen!!!  And together – well, that the Universe has ever seen based in any kind of a human form, because remember, you’re all with us anyway in the Higher Dimensional forms of your Light Beings, your Higher Dimensional Selves!  But as far as the population of Planet Earth is concerned, never has the LoveLight been so bright, and it will continue!!!

“You heard our beloved newscaster Master* saying September! Hmmm!  How about a month of even more Love, even more uplifting of Consciousness, even more Freedoms being returned to all?  Because it is all the population of this beloved Planet who are entitled!  You want to talk about sovereign rights – Freedom is the sovereign right of every man, woman and child and, yes, of the other kingdoms as well!!!

“And, Beloved Ones, it is being returned, fully and completely. And that is the reason why you are here engaging in this Mission of Love and Peace on Earth and Joy to the World!  So you might want to start celebrating because we tell you, that yes, even though there are some ‘terrible Truths,’  you might say – only in the sense that they will be difficult to hear and to know – it is that the Wisdom shines through, and that Wisdom is, NEVER AGAIN!!!   And so it is ordained because you, Beloved Ones, have ordained it so, because you are here holding the LoveLight and because you are with us on the Path to the Golden Age!

“So we thank you and we honor you and we tell you once again that you are loved beyond any words or any expressions that we could possibly give.  Just open to feel the Love in your Hearts and BE the Love in your endeavors!  And if you give an expression that is less than loving, remember that there is no judgment, there is no blame, there is no guilt.  There is only for you to keep the Wisdom and release yourselves from any other baggage or burden because this is the time, as you measure it, when all of that will cease to be a part of the Lifestyle of Planet Earth, because Planet Earth is moving up!  And so are you, Beloved Ones!!! In fact, great movement has already taken place and it will continue right on up to Ascension for all of you who choose it.  And from where I stand, this looks like a 100% choice -what you call, ‘you voted for’ – continuing on your paths all the way to your Ascensions!

“So as I have said, it is time to celebrate and rejoice!  Greet each coming day with the Love – and all of its expressions – that You Are.  And the more you do that, the more the fears will fall away and the faster we will sprint through that opening, all the way into the Golden Age on Planet Earth!  Thank you so much for being with us in this Family of Love!  And so it is.  Salut!”

Transcription by Marta.
Given through Susan Leland, July 14, 2015. www.AshtarontheRoad.com
© Ashtar On The Road Publications 2004-2015. All rights reserved; however, this is a gift to all of us and it may be distributed freely on condition that all accreditation is acknowledged and that no part is altered or deleted.