A December to Remember! | Galactic Federation of Light via Lynne Rondell 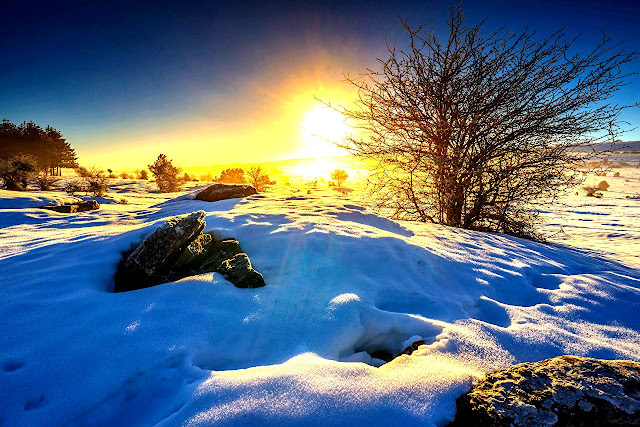 I’m coming back to you this beautiful Friday with another channeling.

So here we go

December has been a month that was marked a long time ago by the higher councils of light that if the collective, if humanity did not get ready in time, did not reach a vibratory frequency so that means if your vibration as a collective which means all of you together if your vibration as a collective was not high enough there was going to be a very large solar flash or solar flare that would jolt your bodies upward and force your bodies to actually receive a huge burst, we’re going to say an outburst of energy.

Now this solar blast and flare it’s coming anyhow but you have achieved the vibratory, you’re holding it the vibration and the frequency that is far above what those a long time ago had thought this planet would be able to do. You are ascending for a multitude of reasons. Mother Earth has put this in a very long time ago, we’re going to say the call went out 60, 70, 80 years ago. She’s been planning this for a long time.

A fail-safe method was put in if you had not achieved this vibration, this frequency to carry you to the fifth dimension, this solar flare would have some effect, a drastic effect. It would push all of your vibrations and your frequencies in your body and around your body and along with everything on the planet, it would push it up two or three notches not just a notch.

Well we’re happy to say that you have achieved, you have far achieved where you are holding now as far above, where they anyone’s in the higher councils thought a very long time ago you would get to say with all the energies in light and all the work all of you are doing, you’re far above where you’re not supposed to be but where we thought you were going to be.

This solar event that those of you on your planet are talking about is not going to be anything more than a burst of energy that is going to rush at you, a burst of light that is going to come at you and it’s just going to do a little help, it’s just going to do a little work. It may awaken some that are not awakened, it may push some of you up a notch in your vibration. This solar flare this solar blast is designed to lift your vibration, to lift you up a notch, two notches, three notches. It also can be used to further your development and further your journey to the fifth dimension.

It can be used as a manifestation tool with this burst of energy coming, we’re gonna say it’s like a grid or portal. It’s almost we’re going to say a gateway has opened up. So this energy is going to hit Mother Earth and it’s going to be like this gateway has opened up, this portal has burst wide open and really it’s just energy coming through it, but it’s energy that you can use, to manifest, to get yourself closer to the fifth dimension, to work on purging your chakras, to align with your higher power. Those can use it that are not awakened to awaken. It’s not going to be anything more than a burst of energy, a burst of light that was designed a very long time ago to really jump start all of you we’re going to say.

We are hoping some of the collective that is sleeping will get a little bit of jolt.It’s just energy rushing at you. You might feel we’re going to say if you feel anything you’re going to feel elated, you’re going to feel like you’ve left your body and you’re up higher. You’re not going to feel bad at all, this is going to have no effect really in a bad way on any of you because you’re already holding on such a high vibration but it’s going to come in and allow you to sort of gain some more momentum for your journey to the fifth dimension.

What originally was going to be the awakening, really the awakening out of huge slumber and we mean out of a no conscious level of third dimension to really jolt humanity is going to be no more than a wonderful burst of energy and light that the sun and she’s been sending them all the time, every few days to help all of you go up and up and up. This burst of energy, this solar flare is going to be nothing more than a tool to help all of you on your ascension journey. It is nothing to fear a lot of you won’t feel the thing, some of you just feel like you’ve lifted up in your vibration, your frequency gets higher, you may feel a little out of your body, you may feel like you’re very high up on a high vibration.

This burst of energy was originally designed to awaken and lift the collective from their lower vibration up a notch two notches and three notches. This was set up some 40 or 50 years ago. So it is not needed, it’s still going to come but it’s not going to be at that level at all. It’s just going to be at a level to help all of you with the tools that you need to continue on your ascension.

There’s different frequencies of energy and light that come in. This frequency, this energy in light is a higher frequency of energy and light, so it’s much more accessible to all of you, to really use it for what you want as it was really just designed to jolt the former humanity was down very low into some sort of awakening.

This is going to be a December to remember. You have a lot of wonderful things coming in for you, we’ll talk about. We’re going to wait and talk about the other energies. We’ll do another one with the energies that are coming in November but this is a way to ring in the new year, this is a way to really elevate, shift and lift yourself to that of a higher consciousness, to align, to purge, to manifest, to do whatever is needed and your guides and angels will tell you what is needed.

We’re going to do another channeling through this channel and talk about the energies coming from now until the end of December and what that holds and really when the first wave is getting ready to come. It is not determined yet because it as see and as no thing. Mother Earth is really pushing and pushing and pushing to get up. There’s a lot of other reasons for that which we’ll go into it another time but there’s enough and there’s enough ready for the first wave. So it could be coming very soon, it could be coming in December it could be coming in January.

We’re going to let you know about that as it gets closer, the second wave will follow, three to five months out the second wave is going to follow which is going to be tens of millions of you. So we’re very excited at all that’s happening, we’re very excited that all of you are really processing well. We’re really excited that you’re really shifting into that, of oneness, of unity. You’re really shifting up to that of love, fairness, compassion and equality and to really center yourself in your heart.

It’s very exciting for all of us, it’s not going to do anything bad, it will not be felt by a lot of the collective but it will still be used by them and some of you will just feel you’re up in the ethers almost and then you’ll settle back down.

The main thing we’re going to tell you that this energy was designed a long time ago when it was put into its order, it was to raise the collective of humanity’s frequency, it was to raise them up, raise the vibration to take them out of their slumber. Well all of you are far out of your slumber now and you’re holding on a very high vibration, so it’s just coming in to add to whatever you need.

We are the galactic federation of light, we’re going to be coming through this channel with a lot more messages on just what exactly is happening. We look forward to seeing how all of you do processes energy and light.

We are nine of the 12 councils and we’re on the 12th dimension.

Thank you galactic federation of light. Well i’ve been hearing a lot about that myself. I did do a channeling back on it, i think saying the same thing a month or two ago but it is a chance for us to manifest and sort of use this high frequency energy for whatever we need to use it for. It won’t be anything more than just a burst of energy but something to think about, something to think about how you would like to use. It it’ll be like a gateway or portal is opened up and huge stream of energy will come through. Nothing bad will happen, it’s all good, it’s just going to help us all on our journey. I look forward to channeling many more of the messages from the galactic federation of light am sending you such love, light and blessings.