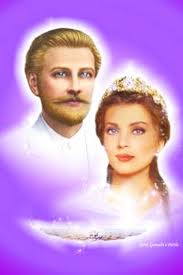 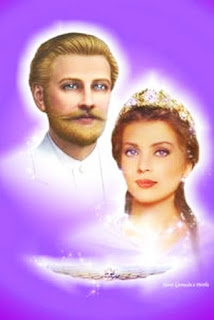 The Final Battle for Earth is Here!

Lady Portia: Greetings, Dear Ones. As you might imagine, witnessing this process of transmutation has caused the dark energies to be in a state of fear, if not complete terror, because they can see that their forces are not able to successfully oppose these tremendous energies of light. And so, while they are experiencing this state of sheer terror, they are literally “throwing everything they have” into the level of human consciousness, thinking that if they can at least control the consciousness of people on earth, that this will give them a “foothold” towards controlling the narrative, which will then allow them to control the energies on earth.

However, this strategy is not going to be successful! Instead, it is FAILING – even as we speak! We want to reveal to you now the truth of this situation. See the huge image of the Light Ships coming from everywhere in the universe to support the earth, because they know that this is a crucial moment in this process of “The Enlightenment of Planet Earth!” We only describe this point in time as a “crucial moment,” because there is so much opposition to the Light appearing now!

This plan will not be successful in its agenda, but it IS having a significant impact on the consciousness of many people – who do not know how to protect themselves against this type of “energy takeover” of their system. This activity is, unfortunately, being promoted successfully, many times, against vulnerable human beings who are susceptible to being manipulated by those who do not have your highest and best interests as their motivation for their actions towards humanity and the earth! But know that this is “the last gasp” at this level of activity.

Now, there certainly will be continuing dynamics, as we are looking at the process of one energy opposing another energy, and when they come together it creates an “energy dynamic.” Well, you’re in the middle of one of these huge “energy dynamics” now! And we expect it to continue — even past the election (of November 3, 2020), and well into the year 2021. And that is what is going to strongly influence the tone, the tenor, of the energies on earth during 2021!

A Huge Violent Confrontation of Dynamic Energies Are Coming in 2021!

This process is going to be very disruptive, unfortunately, but there is no way to avoid this, because there are these huge energies that we see coming together! And there is going to be a “collision” between these energies. We know they are opposing each other now, however, this process is moving to an entirely new level of operation, precisely because of the level of desperation being felt by those who might be termed “the dark energies.” They know that they are losing the battle! They are losing this planet – which they have successfully controlled for literally eons of time!

You all know this information! You have read the stories about the previous history on earth, and you know what has happened – back to a certain point. You don’t know everything, but you do know it up to a certain point. But the history of this is not important, because it is no longer relevant.

This is true because, of course, you are in present time! You have moved to such high levels of Light energy on earth, that everything is happening in a new paradigm for earth! And this is what the dark energies do not realize! That is why they are attempting all of these old patterns and programs of obfuscation (confuse, bewilder) of truth!

They are continuing to attempt to hide the truth from people, by “clouding people’s minds” with this dark negative energy, so that people who do not know how to defend themselves against this type of thing, and clear this energy off themselves, often fall prey to this type of activity!

Be aware that this is a huge occurrence which is happening NOW on the earth. That is why you are seeing so much of this “acting out” of the dark agenda – including all of this violence – the rioting, the looting, and all of these things which, unfortunately, you have witnessed as it has occurred.

We hope that you will all begin this process now — of learning how to protect your consciousness against this type of thing, because it is going to steadily increase in intensity throughout the entirety of the coming year of 2021! And I’m very sorry to have to tell you this – to deliver this message to you! But, because you have asked, then I am required to tell you the truth, and to give you the accurate picture of what is surely going to occur.

Know that It cannot be avoided at this point in time! Everything has “built up,” as you might say, to “a fever pitch!” The energies that are opposing each other are so extremely intense — precisely because there has been such an intense focus on this topic — by virtually your entire population!

Humanity is “feeding” so much energy into this opposition, fighting, and violence! And many of the people who are watching this activity, and “feeding it their energy,” do not even realize what they are doing! Unfortunately, they do not have the higher view of situation, so that they are not able to perceive the effects of their focus upon it.

They continue to give it their consciousness, to “work,” and in many cases, to successfully create devastation and destruction in so many of the cities where these events are taking place. This process is, unfortunately, “infecting” the consciousness of many people with this deeply negative and destructive energy. And these people do not even recognize what is happening to them!

We tell you these things now, so that you will be “forewarned,” and therefore “forearmed,” for your transit through the challenges and energies of the year 2021!

As you may have realized, much of this energy “program” that you are witnessing, in your present-day activities, actually had its origin during the time period of “The Fall of Atlantis,” and even before that time, as well! These are all of the energies, on this theme, which caused the destruction of Atlantis!

And we are hoping that, through this process of clearing, that eventually all of this darkness will gradually be consumed (in the energies of the Violet Transmuting Flame), and it will be removed from planet Earth! But it certainly has not happened yet! We’re sure that you can see that this is true, because it is running rampant in the consciousness of humanity! And, as you know, that affects the tone, the tenor, which exists in the consciousness of humanity.

And so, it’s like a “vicious cycle!” It is continuing to operate now on the energies that it is producing, because – due to the way it has infiltrated much of the consciousness, that situation promotes this type of thing, and then it “feeds on itself,” and it creates more of itself. Therefore, I’m afraid that it has not reached its crescendo at this point in time (August 20, 2020), because it is still building in intensity – to reach this point of ultimate confrontation between these two energies, which I expect WILL HAPPEN in the coming year of 2021!

And that is what I am speaking about when I say “two worlds colliding,” because it is the worlds that you have created in your minds, in your consciousness, and in your feelings! It is becoming VERY INTENSE at this point in time, because there is so much energy building in this process, until it has now begun to “feed on itself!” In other words, all of the energies being poured into this process, through the focus of human consciousness, are now “running on automatic pilot,” as you might say. There is no one in the physical world who is directing this huge process. And, of course, different people are promoting different parts of their own agendas. But, looking at this huge event, there is no human consciousness that is in charge of it, or directing it, at this point. And that situation is both positive and negative in terms of what it is able to do or accomplish, in terms of the future trajectory of these energies.

Even to us, it is somewhat of an “unknown” at this point in time! This is true, because, when energies come together in this way, they form a “dynamic” which has a “life of its own,” and then it is not possible for us to accurately predict exactly what the outcome will be. But I can tell you that this is going to produce a huge confrontation!