There is a ‘RED LIN’ that even the dark forces are not allowed to cross! The fact that they repeatedly don’t comply with it just shows their desperation. This is why the forces of light clean up where a human being cannot go on and where humanity doesn’t know how to proceed. 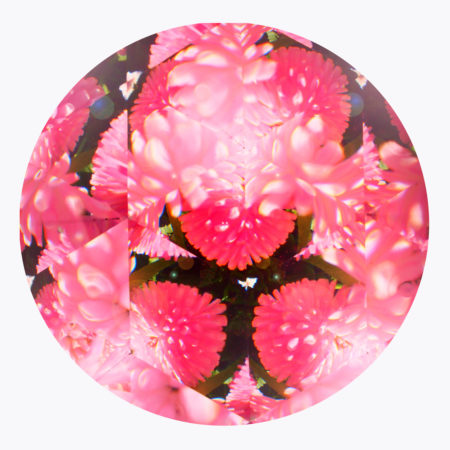 COOKING POT OF THE WORLD

Keep walking the path of love with perseverance! Remain determined and be smart, because a declining system and a power elite in dire distress are lashing about and destroying everything that gets in their way.

So I invite you to apply intelligence and wisdom. Keep up your spiritual practice, always center yourself and connect with God.

The pressure in the cooking pot of the world is increasing, and it is up to you to keep this pressure at bay. Meditation, stillness and digital fasting are most adequate for that.

These days it is of great importance that you remain clear in the head and emotionally connected to yourself.

Because the chaos of the world can quite easily get to you, and quickly life may seem desperate, hopeless or even meaningless to you.

The destructive energies that are being released now are quite powerful! Once more, the dark elite would like to cement their control over mankind. Based on this premise, you must view and understand all the negativity emerging and all the destructiveness discharged on upper earth.

GENERAL MOBILIZATION OF THE DARK FORCES

Have you noticed that the dark elements want to suppress the light with full force? Acts of suppression, of deprivation from personal freedom and of manipulation have reached an extent that must draw the attention of more and more people! The dark forces have mobilized everything in order to impede the spiritual awakening of humanity last-minute.

Therefore they try to vaccinate not only people but the clouds as well. This is the attempt to block the earth’s sunlight and the light of the central sun.

Have faith in yourselves and have courage, because the spiritual light cannot be blocked and the earth’s sun will not be dimmed.

There is a „RED LINE“ that even the dark forces are not allowed to cross! The fact that they repeatedly don’t comply with it just shows their desperation. This is why the forces of light clean up where a human being cannot go on and where humanity doesn’t know how to proceed.

On a daily basis, incredible racketeering is neutralized behind the scenes.

Too many people are longing for peace, justice, unity, happiness, joy of life, freedom and love! This ship has sailed!

What you are currently experiencing is the almost simultaneous unleashing of all dark activities. This shows the pressure the forces of darkness themselves are facing and offers each individual the possibility to awaken.

Using pressure for something positive!

Use this pressure for something positive! Don’t get infected with negativity. Remain focused on the positive and luminous. It’s best to avoid a face-to-face with a raging and injured animal. If, however, it is inevitable, let it rage until it loses its strength, then approach it carefully and either try healing it or put it out of its misery. Each situation is unique! That’s why you must always be ready to react with great flexibility and freely choose the most appropriate means in any given situation.

You best face those unleashed destructive forces with an attitude of refusal – resistance by refusal.  Simply don’t go along with things that seem wrong to you! Reject what feels wrong to you.

Each day you have the choice to either play along or to meet the ideas of those self-destructive dark forces with refusal. Let your resentment out in the open, say NO and be prepared to relinquish some things for a while.

Don’t let this matrix mislead you into believing that you cannot live without certain „blessings“.

Escape – quietly, audibly or with a bang.

What is your mindset, and which missions do you wish to accomplish? How would you like to fight – or would you rather not fight at all anymore?

Be aware: there are many ways to fight. A hermit can be a greater warrior than a general. It all depends on the inner focus and the issues a person would like to work on and resolve in the course of a lifetime.

Don’t judge those who call themselves warriors, nor those who refuse to fight entirely. How can you know what role a person has come to play? Have you filled someone else’s shoes?

All that matters for you: Work with your God-given tools and expand the talents you were born with – everything else is irrelevant.

We have come to the end of times. Many human beings that have known this earth throughout many lives have chosen this incarnation fully aware of the challenges. You entered into this life in full consciousness, and you are in the right place at the right time.

It is quite possible that in the course of this life you get closer to the final truth or achieve mastery.

One thing is certain for everyone: You came from the light and you will return into the light!

On the day destined for you, you will complete the cycle in this world. The veils will be lifted and you will return back home to God.