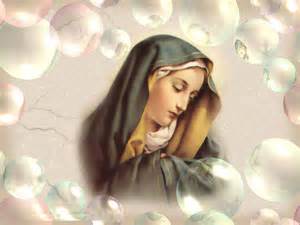 As I chose to take on the task to give birth to the Redeemer at the time of the earlier consciousness raising on our beloved Mother Earth, you now have the task dear beloveds, to give birth the Christ gestalt within you.

During the many hard working often in shadow placed years that have passed since his life creation the wisdom, clarity and force from his being has slowly melded into your consciousness often from a level of unawareness. Most of you have been a nun, priest of monk in a previous life. In this life you studies the teachings and practiced the purity of heart through meditation, prayer and songs. This life was necessary for you to be where you are today. You might also have been at war with those thinking differently and you have fallen time after time in the court to show who has the true teachings. The inner conviction that I have the truth and the only truth is now satiated in you. You do not need it any longer. Let those who not yet has satisfied this idea live it out in their way. Look at them with tenderness, wisdom and understanding. Once upon a time it could have been you. They might still need a few life times in this hard battle and are being prepared for a relatively quick departure from this our beautiful Gaia to another prepared heavenly body, who is willing to carry the battle for the third density.

You acquired much wisdom by living as this nun, monk or priest – invaluable deep knowledge and experiences. These lives were many times in harmony with Mother Earth and you educated yourselves and had great knowledge of herbs, which in turn helped those in need. As servants of the religion you could do this in peace and quite and did not become browbeaten and pursued in the witch processes that existed at the same time, also because of their large and fine knowledge of herbs. Much sorrow and loss of blood exist in the layers of the ether after these crimes. As a monk or nun it could have been a peaceful life in nature and harmony with Mother Earth. From somewhere inside of you the wisdom you received from those lives now feels a calling to take shape and permeate your being. Christ had crystalline structure and his radiance lifted the frequency of those he was teaching and of each human child he met. He never lowered his frequency as he new so well that this was he grand task. To be the higher octave in a so much lower world was difficult task, but he regularly was replenished from spirit, who follow each step that his sandal clad foot took.

This is a time for you to become a master – master over yourself and to choose the peaceful path in your world. Your crystalline structure awakens the Christ-spirit and those that meet you cannot avoid being touched, and sometimes they are provoked by a light that shines too strongly for their not yet completely awake souls.

Like the light of spring after a long winter it stings in the eyes of those who recently lived with just a few sources of light it can sting in the eyes with your newly found radiance and one can in a desperate attempt try to get it as earlier by trying to quench your penetrating radiance. Understand that it takes time to adapt to this your strong light. Look at them with tenderness and think that they do as well as their old patterns and roles are able to – their old roles that has been in darkness, been pushed aside and not received the love and attention they needed. When the new strong light shines these dark cornered needs scream for attention and become cared for and if this human child does not to naked meet his/her pushed aside, less accepted inner gestalts it can result in other expressions, such as envy, jealousy, greediness and need to exclude. Send these souls frequently your light, and it does not need to take all of your power, but send a beautiful ray of compassion’s warm and peaceful flame of wisdom. Do this over and over again and I would say that with stubbornness and patience as an old elephant matriarch you will eventually see how this human softens up in his/her being in the end. Then give thanks to your soul, spirit and the light that you could coordinate with such a fine and patient and transformative frequency.

Christ faced this time and again exactly as you my beloved do now. His patience and love for humanity was infinite. He touched people, but they did not know how it happened. He had a deep seated and profound impact on humans without having to say a word.

With these words I end this text to come back again when it is time.

All my love to each and everyone of you.