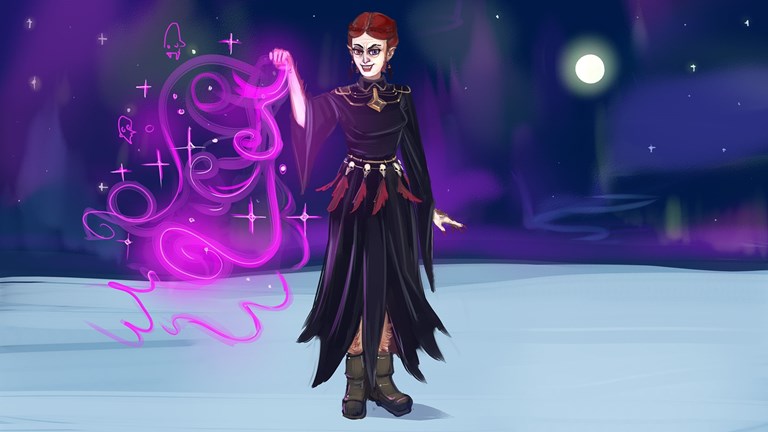 I am Black Mara and I have been on Earth for thousands and thousands of years. I got my name because I used black magic. In the beginning, however, it was white magic. Before the world fell into the hands of the greedy my powers were used for good purposes and so that Earth would do well. These powers were then used to get more power and more control over the wonderful resources of Earth. Everything is energy, as you know, and Earth’s riches have magic energy. They were tapped of energy during centuries passed and a black magic replaced the natural white magic. It was no longer so easy to get what one needed. There were obstacles raised everywhere that repelled the beautiful natural energy. It was captured by those who so greedily kept it for themselves. The result was the abundance shrunk and life became a struggle. The black magic was born and it was to be found on both sides of life. It fought against the good and the bad. It saw only itself as the one who needed all it could get.

Numerous attempts to send light to Earth have been repelled, but a small sliver of light has always remained. These slivers of light have now come together and formed a cup that sends its rays of light to each and everyone who approaches. They have in turn formed more cups and now the white light have pushed away the dark on a big part of Earth. The dark magic is beginning to dissolve and the white magic is taking its place instead. It becomes easier to live and to receive what is needed to live one’s life fully. The gifts that reside with Mother Earth are in the process of being restored and the black magic transforms into white magic, which benefits those living on Mother Earth.

The white magic is the light energy that again has gained a larger hold on Earth. In this light and beautiful energy you can all live and do well. Let go now of the heavy and melancholy and let the light and thin clouds again enter into your bodies. The white magic is magical and can easily outmaneuver the black one that is shrinking more and more in the face of the power and grandeur of the white magic. The time is here for Earth to return to its white magic’s purity and power. It goes fast now. The Earth is already in its vortex of light and power. All black magic is now falling off Earth. This era is over now – it can no more gain a hold on Earth. The white magic has now come back with much power and love, and it has come to stay. The Black Mara has now departed and been replaced by the white one that again is where it always should have been. It has been sleeping for a while, but has now woken up to its full energy and capacity again.

The Earth is now being transformed to its rightful self and everything growing and living on it is going through the same transformation. A new Era has started in the history of Earth. It is an era where the white magic is again seen over the Earth with its whole being of light and love.

I am the Black Mara that now is changing shape to the Light and White.

Love is reborn on Earth.