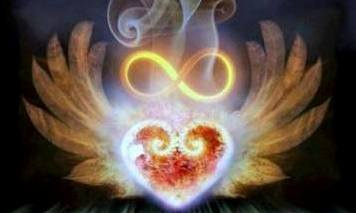 Ashtar: “Do Not Be Distracted from Our Mission of Love!!!”

“Greetings, Beloved Family!  That was a most inspiring report!* And in case you have any questions about it, remember – IT’S ALL ABOUT LOVE!!!   Now, I will start by adding some additional information about Mr.Trump.  You all know what he’s doing, because he is attracting a great deal of attention with his pronouncements and directives, and so on and so on.  You heard more from our Master Reporters.*  And I want to assure each and every one of you that, while we (from the Lighted Realms) stay out of judgment, we do observe!

“We are, first of all, in communication with him and various others – and he does know!  He may not have accepted it, but he has been told that he, like everyone else, does not have a ‘get out of jail free’ card, as you might call it.  He will face consequences for whatever dark actions he has done.  And indeed – well, I’ll just say that he is greatly afraid.

“Now, that does not at all cancel the effect that he is creating with his activities and pronouncements.  I have stated before – I have called him a great ‘alarm clock,’ and this is because his very programs are causing people – who have not been awake before – to wake up and say, ‘Wait a minute – or however long it takes – we need to do something to turn this around, to change this, or eliminate that, or substitute, or whatever it is, depending upon the individual circumstances!’

“And the best way to accomplish this for all of us – yes, we’re in this together – it doesn’t matter whether you are in a human body or beyond it – there’s part of you that is a Light Being anyway, that part of you that resides in the Higher levels.  We’re all moving toward the same destination, which is the Golden Age, and we are doing this together with you!  We are here WITH you to accompany you on the Path and to facilitate as much as we can – but we cannot do it all!!!

“It’s not like we can give you a pill and say, ‘Take this, go to bed tonight, and tomorrow you will wake up in the Golden Age – and we’ll take care of everything else,’  because we are not empowered by the Galactic Federation and the Council of Elders, and the others, to do that for you!  You must do it yourselves, Beloved Ones!!!’

“But we are here WITH you.  We are available and we are approachable!  So call upon us for whatever there is you see that you want to accomplish, regardless of what it is.  And I will ask that ALL OF YOU send the LoveLight to NESARA, and to Mr. Trump and his cronies, his backers, to those to whom he owes money and other favors.  Put the Light on the whole dark hat agenda!!! Don’t be distracted overly so by the factionalisms.  Don’t think that, just because you favor one thing that Mr. Trump does, or you are angry at one thing that he does, that this makes you for or against him, or anyone else.  What are YOU for?  Love, Peace, Freedom for all, Abundance for all, and everything else that comes from Love!!!

“And as you empower these energies even more by adding your own to them, and by calling upon these incoming energies to join you in your energy fields – and then sending them out, whether it is as an individual or in a group – you are helping us!  And that means that we, in turn, can do more to help Planet Earth to reach its destination which it has chosen. YOU’VE CHOSEN IT!!!  And more and more people are coming to that realization.  It might be one issue, one event, onesomething that captures the imagination, the emotions, the spirit – and, yes, the concentration of the minds – of large numbers of people.

“Think about Standing Rock.  Think about being in the majority because you are representing LOVE with us!  Think about the fear that the dark hats had, the ones who wanted to push the lines through – regardless of the damage that it did, the disrespect for the spirituality and the spirits who were there.  And, yes, if you have a moment, look up Trinity Point Farm.** It’s another Standing Rock, another pipeline issue, another water to protect, and the sacredness of the land and all that is there on the land!

“And, you know, all of these power points, or whatever you want to call them, this connection, this grid, is powering up more and more – and you know about that!  You know about the crystals and you know about all of the sacred places.  Where is the most sacred place for each one of you?  I’ll give you a hint!  It’s not stationary.  As long as you’re sitting in that chair, it’s there.  But when you get up out of that chair, where is the sacred point for you?  It’s in your Heart!!!  And so it travels with you.  And this is another way of saying that we have this Grid of Love here in this Ashtar On The Road Family.  And we invite anyone and everyone to join with us, and we join with everyone who is bringing in Love and sharing it.

“Now, who do you think the majority, Worldwide, is?  You’ve heard talk about, you know, the one percent.  That usually refers to money, but it also refers to power, control – and all of those things that, right in this moment, on third dimensional Earth, money can buy.  Well, that’s becoming less and less reality, even in 3D because you see we have to reach into 3D, then reach out through it,in order to move up and out of it!!!

“So remember that, Beloved Ones!  Be not in judgment of Mr.Trump, no matter what he says or does.  Remember, he’s here to wake people up, and rejoice – or not – at what he says or does. I’m not speaking of him, even if there is something that you are appreciating, such as the spotlight that he is putting upon the toxicities contained and traveling into everyone who has a vaccination or an immunization of any kind.  And you’ve just heard the latest scoop on that, and what’s in there now, in addition to everything else.***

“Yes, rejoice at the spotlight that he is shining on it and everything else, and SEND HIM LOVE!!!  We need to join together in unconditionality.  It’s not about, ‘Well, Mr. Trump, I will love you and support you as long as you do what I want you to do.’ That’s not it!  He is doing what he has wanted to do, and this is waking people up and causing a lot of attitude change, a lot of releasing of old programs. Realizations are coming hard, fast and strong to everyone, and that is causing the opening of the Hearts, so as to lift up into the Higher Realities!

“Another way of looking at this, Beloved Ones, is if you get too invested in following all the details and waiting for tomorrow’s news with an anticipation of what you’re going to find there, and so on and so on, you can get distracted away from that which is your Mission, which is to be Love, to share Love, to pay Love forward, and to teach Love!!!

“This is exactly why we are telling you that one of the big dark hat programs – the dinar-dong currency ‘RV’ that they’ve made it up to be – is so distracting.  Those of you who hang on ‘today-today, tomorrow-tomorrow,’ would be better serving yourselves to let go and just say, ‘Whatever.’  If you want to hang on to them, hang on to them – it’s your choice. If you want to let go of them, then let go of them.  No matter what you decide, let go of the distraction that they are causing in your lives!!!  And that is just another example

“Think for yourselves from your Hearts. FEEL for yourselves and then, JUST GET WITH THE LOVE, and all that you are wanting to see in the way of changes – within yourselves, and Worldwide, and beyond – will come that much sooner and that much easier, and we will have the Paradise on Earth that we have been working toward!  It’s already there and waiting, and we are accompanying you by being here with you, even though we are a presence, of course, in the Higher Realms as well.  We are here with you because it’s our Mission to be in this Oneness, this Love and, yes, this Accomplishment of Mission together with you and, really, with Planet Earth – all of the Kingdoms – and beyond.  And so, Beloved Ones, thank you for coming to this Gathering!  More ‘magick’ is ahead!****  And so it is.  Salut!”

*   Tara and Rama’s Report  (Transcript to follow):  httpss://www.freeconferencecallhd.com/playback2/?n=RYHyA/dtq8i
**  Trinity Point Farm:
https://www.ashtarontheroad.com/changing-the-world.html
*** New information on vaccines:
httpss://jonrappoport.wordpress.com/2017/02/22/alert-new-vaccines-will-permanently-alter-your-dna/
****Merlin was the guest speaker, after Ashtar (Transcript to follow):
httpss://www.freeconferencecallhd.com/playback2/?n=RYHyA/dtq8i
https://www.ashtarontheroad.com/ashtar-be-not-distracted.html
Transcription by Marta
Given through Susan Leland, February 28, 2017. www.AshtarontheRoad.com
© Ashtar On The Road Publications 2004-2017. All rights reserved; however, this is a gift to all of us and it may be distributed freely on condition that all accreditation is acknowledged and that no part is altered or deleted.