The impetus meditation, big quantity of the merits and virtues beyond language’s expression, channeled by Yujun in China, August 30th, 2018 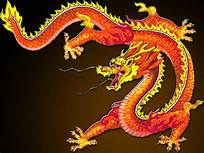 The impetus meditation, big quantity of the merits and virtues beyond language’s expression

The work for the Universe to remould the earth keeps moving on continuously, each phase makes a different corresponding adjustment with the way of remoulding according to the specific circumstance of the earth’s energy rising. At this stage right now, the change of the whole earth is getting faster unlimitedly, no matter at the level of energy or the level of matter manifestation, both speeding up to approach. The Universe high frequency energy make unprecedented and prompt effect on the earth and matter beings of the earth, especially the humanity, because the humanity is the main goal for the Universe to remould.

At 3 p.m. on the December 31th, 2012, the Universe formally started up the empirical promotion and remoulding, here emphasize the word “formally”, just because the informal promotion has started long before. The ways of remoulding we know of is mainly that: spatial purification, spatial switching, elements promotion, magnetic field transformation, energy infusion(variety of the Universe energy), these are being operated following the steps and sequence, but not simultaneously. And now these are in the midst of ongoing remoulding.

The earth has been promoting for several years, its various star indexes in the Universe keep rising, so according to the situation of the rising indexes, at present, it’s time to the phase of promoting the earth’s impetus as well as the main living beings “human”Citta impetus and vibrational frequency,

At present, the Universe threw in a formidable power pillar into the procubitus of the earth, piercing the entire center shaft of the earth, through south and north poles, revolving at high speed and emitting extremely powerful kinetic force, which act on in each spatial dimension of the earth and the physicality of the humanity

The Universe not only set up power bars in the center of the earth, but also install power beads in Citta space of the humanity, with golden multi-dimensional pyramids wrapping the physicality of the humanity and small sized power bars through human’s procubitus. the energy of the power bars and power beads inside human’s bodies and hearts as well as pyramids integrate with each other and break out.

At present there was a gigantic magnetic field formed above the earth, revolving at high speed around the power bar as the center, integrating the Universal impetus power, pulling the whole earth as well as the humanity’s vibrational frequency rising up, laying the tremendous foundation of the whole earth’s energy leveling up once again.

This is the effects of the Universal external force, with a strong influence of the change of the earth and the humanity. It’s needed everyone to open up, receive the Universal powerful impetus power pouring into, initiating the power beads and power bars in Citta of one’s own, plus the energy of multi-dimensional pyramids to enhance the strength and density of the impetus magnetic field of the whole earth, contributing for the change of the earth and leveling up of the Universe.

This is the job that every human being can do, doing this job, not only contribute themselves, help the earth, in the mean time but also acquire tremendous advantages in this process, changing bodies and minds, getting rid of karma, being boundless beneficence.

For the sake of the leveling up of the earth, the evolution of the humanity, and our earth, this beautiful homeland, readers who are reading this article can make end to end connection with energy and take part in the jobs of the Universe following the steps of the meditation as below.

The steps of the meditation

1. be conscious of physicality sitting in meditation and entering the core of the earth.

2. Become one with the earth, I am the earth, the earth is me, the top of the head is south pole, muladhara is north pole.

3. The Universal gigantic power light pillar swirl into from the top of the head, through muladhara, cut throng the whole procubitus, connecting south pole and north pole of the earth.

5. In the one’s own Citta space(heart chakra), the seven chakras and every and each cell, install the power beads and small scale power bars, wrap the physicality with multi-dimensional pyramids.

The effects of the meditation

1. clean up the physicality, abolish disease

5. clean and purify toxins in the blood

9. subduct karmas of families and ancestors

11. merits and virtues bless all sibling

18. deeply open up bodies for end-to-end connection with the Universal energy

20. acquire and comprehend channels of the Universe

21. soul and flesh in one, level up and ascend to lights

22. ascend the earth, merits and virtues beyond imagining

Human’s language cannot describe merits and virtues of this meditation fully, so write a article for the further explanation.

Why does the impetus meditation get you boundless merits and virtues

All the merits and virtues accumulated for personal change and promotion are little one. getting the really tremendous one needs to take part in the jobs of the entire Universe, once human beings could not get this opportunity to join in the works, but now opportunities are coming.

Personal meditation actually means that pouring into the huge Universal impetus system with one’s own impetus energy, personal energy is poured into the energy oceans of the Universe, and not only for certain  God and Buddha, high level being or person, so its merits and virtues beyond limit, cannot be describe by human languages.

At recent years, some religious figures have often said that human beings catch up with a big chance, what magic ships had been taken, etc. actually, this means this generation of the humanity is going to along with the earth promoting together. The chance does exist, but only it counts that people personally have joined in.

Only if we have taken part in the remoulding trial of the Universe and the earth’s promotion, can we own the chance; if we didn’t take part in, we only just have met this age with big change, we haven’t taken actions, obtaining nothing. Just like housing price rose crazily, but you didn’t but at the beginning, there was the chance, but had nothing to do with you. However buying house need capital, the meditation doesn’t need it, without difference between the rich and the poor, anyone can achieve.

There comes a huge opportunity for the earth and the humanity, but whether we can get advantage, merits and virtues, promotion and purifying from it or not, totally depend on whether we have joined in, hope everyone gets be involved, takes part in the meditation work with spare time. The benefit is far beyond moneys obtained on earth, official posts, as well as other aspects, not comparable at all, beyond language’s expression.