Various Kingdoms on Earth via Fangxue in China, July 17th, 2018 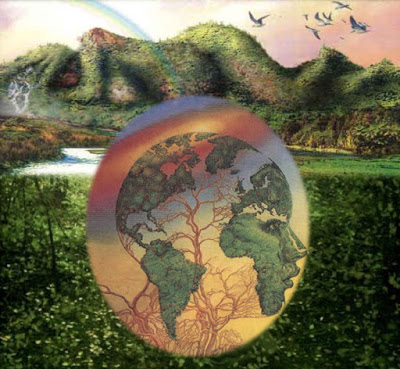 The information aggregation of various kingdoms of the earth themselves, for the huge change happened in the earth’s energy level

Channeled by Fangxue, translated by Xiong

The energy level of the earth at present time are in the process of rising up huge energy level, therefore, for the matter world in the earth, firstly , because plant kingdom itself depends on receiving nutrition of energy level to grow, so we are very sensitive to the change of energy level, this aspect will pop up in different area: our growing process, growing time, growing time limit, breed, blossom and yield fruit, and other things, following the change of the earth energy, with the pouring into of energy, it has already appeared the state of self-improvement and leveling up. The change of energy level is influencing the matter world of the surface of the earth in maximum speed, the change of plant kingdom is the first to be affected, showing in front of human being. If people observe this kind of change carefully, can already find different scenes displayed from all kinds of subtleties.

With the pouring into of high level energy of the universe, plant kingdom will also grow out breeds which have never appeared before, these breeds do not come from outside the earth, but the result of the evolution of earth local plant following the change of energy. Therefore, the direct effect of the energy change is the supreme grace for plant kingdom, we are very thankful to the greatest help from the universe.

The earth’s plant kingdom will spread its own growth range to higher space, following the change direction of overall space. Just like the scene in your brain right now, impossibly tall, beautiful flowers, wide varieties, bright color, and so on, so much description will show up in the world above the earth in the near future. Human being will find the difference of us, will think themselves how to make response to all scenes in the nature world, will reflect on themselves how to react, as we change. Nevertheless, in the whole aspect of the earth, the pollution level of plant kingdom has not change too much yet, therefore, on the condition that we are fighting for ourselves’ survival, will show ourselves’ more beautiful things and scenes out in front of the human’s world, the human world should also constrain human behavior, making the beauty of plant kingdom  , this way, a more beautiful earth will bring us a impossibly more luminous survival space. Therefore, the evolution of plant kingdom will follow the steps of leveling up of the earth’s overall space and show ourselves’ elegant demeanour to the more beautiful world.

We are from the consciousness of animals

The induction of energy of animalia has already achieved to the strength of the energy change, we animalia base on our own state, receive the grace from energy level of the universe, the effect shows in these areas specifically: animals themselves, the improvement of behavior consciousness, the change of survival environment of animals, the change of survival mode of animals, and so on, will show gradually scenes which are not same as before in the future development.

The induction of all energy of animals themselves is still subject to the state they are. But the induction of animals is stronger than human consciousness, although animals are the company of human being, don’t get the respect of human being, the role which animals can play has not been recognized by human, the manifestation of the role of animals themselves, besides the endeavor of their own survival, play their distinctive roles on the surface of the earth, coexist with the human world, in this way provide a necessary assistant life pattern for the development of the human world, between animals and human being, peaceful coexistence, in the state of fusion, live on the earth, but the present reality is that animals become the dishes on the menu of human being, in the more situations, under selfish desire, people claim ownership of animals and deprive their right to live as they wish. The pain and torment, which are suffered by animals, are far more cruel than the scenes people can see. Therefore, this time, the energy level of the universe are rising up the energy level of the earth strongly, animalia benefit from this grace form the universe, level up with the earth. In this situation, the speed of animalia’s leveling up will be superior to the speed of human consciousness’s rising to some degree. So for the next change of energy level and the better effect on us, we animalia will tell the human world in ourselves’ state.

All the species of animalia will choose corresponding road, according to goals of their own purification, at present, the whole animalia on the earth is striving for their development space, the direction of this striving will be verified in the human world in the days to come.

Water family of the earth has merge themselves’ change into this influential leveling up process of the universe, the water energy of the earth holds a very large proportion in the entire earth, this unremitting pouring into of energy make water system of the earth self-refreshing and self-substitution, clean up all the old energy, receive the pouring into of high level energy of the universe, the merging between water energy of the earth and universal energy is more smooth. In this case, the change of water family shows multiple indication. Following the change of the universal energy seasons, the water world will also appear corresponding spectacle, such spectacles will show a colourful world in the future of the earth, the “colourful” doesn’t mean chemical pollution and other similar spectacle, but the water itself shows different colourful scenes in special reflection angles when water energies change, run into each other, or collision between water energy and other energy, complying with the universal energy. Therefore, such spectacles will appear more and more on the surface world of the earth, but people almost know nothing about this kind of knowledge.

Water family world lives multitudinous species, because water energy itself has changed a lot, therefore, all the species in water family world will change as well, every species will choose the places where are more suitable for living, according to themselves’ goals for evolution. The water family world of the earth has risen it’s energy level up to a higher level, with the steps of the universal energy level, the water world must have reappeared the colourful world. All living beings will benefit from our change, they will change their consciousness faster to improve themselves.

the day before yesterday, there was a report, talking about white dolphin, they have left the earth, saying in the ocean there will be no living beings, what’s the matter about this kind of information?

This kind of species left the living space of the earth according to their own plan and requirement. For such phenomenon, according to the change of species evolution and arrangement of the universal level, there will be another relevant species coming to the earth. Millions of species living in the sea world will present the unknown scene of explosion of species, according to changes of themselves. Therefore, this kind of situation happened, also will notice the human world that the overall space of the earth has already changed fundamentally, human themselves should also change their consciousness in order to follow the steps of waves of leveling up.

Here is the consciousness of mineral kingdom of the earth

The steps of leveling up of the earth have become faster and faster, the overall change of our mineral kingdom has also show the posture of rising step by step with the leveling up of earth’s energy. However, because of the limitation of our attribution, the rising effect on mineral kingdom has fell behind other species. The change of our mineral kingdom is hysteretic, but when it burst out in the future in a stunned way, will astonish the human world. This situation, according to themselves’ changes with energy level, will evolve the difference appropriate to themselves and themselves’ energy, the difference are mainly in this area: the colours of mineral will change into different kinds. The roles of mineral also will play in wider range, according to the change of energy level, influence the earth, as good as other kingdoms. Mineral kingdom and land are the basic for every beings to live, therefore, we, as the troops supporting on the back of this rising up army, will play a strong role to support this species big fast jumping, when the manifestation of our effect, following the overall level of the earth and the matter world, showed all kinds of colourful lights, it indicates the overall earth has already entered the target world desired. This kind of guidance will gradually evolve in different energy level in the future’s surface world on the earth

Mineral world is very appreciate that we can be part of this big leveling up, feel grateful that Heaven’s care is for every living thing, we and human being are different species, but we ourselves also have the consciousness of leveling up, therefore, the consciousness of human being will level up with the big change of ambient environment, from the sky to the ground, turning themselves’ consciousness to the state of the inner world of the heart. This kind of state helps the overall level of the earth a lot, human being live on the earth, should take the relevant responsibility. Mineral world will show their own special elegant demeanour for the earth, according to their own goals for evolution.